How Close Are We to Creating a Universal Blood Type? 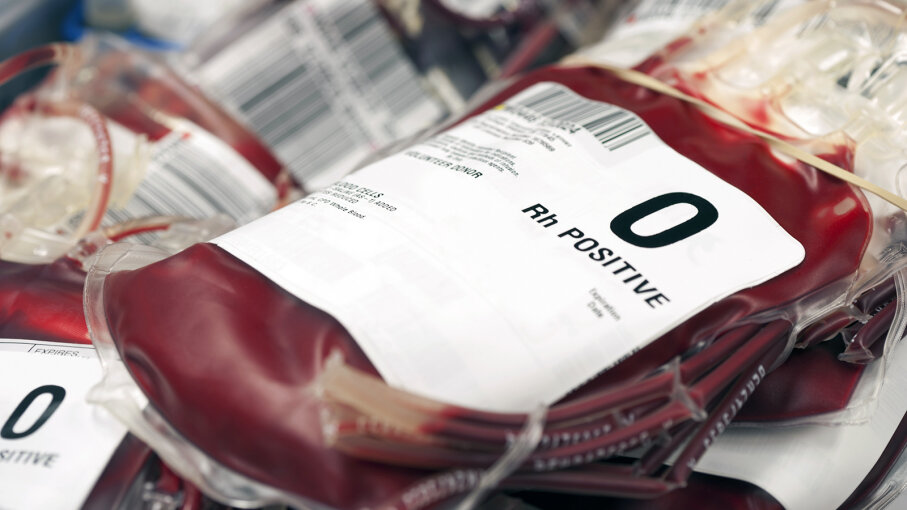 More people get Type O positive blood than any other blood type. That also means it's in high demand and in low supply.
(Image: ER PRODUCTIONS LIMITED/GETTY IMAGES)

For years, scientists have been toiling away in laboratories trying to make blood better. Or, maybe more accurately, better for more people. That's one of the things that the Withers Research Group, at the University of British Columbia, is working on pretty much every day.

You may know the basics: Humans have various blood types. If you need a transfusion — say you're injured in an accident, or you're in the operating room awaiting some procedure — you need the right type of blood. You need either your blood type or Type O negative, considered universal and acceptable by all.

But Type O is in high demand and in short supply. So scientists have been fiddling with ways to convert Type A blood into Type O. That would solve a lot of supply and demand problems.

They're creeping closer every day.

The Path to a Breakthrough

For more than four years, the Withers Lab, on the Vancouver campus of UBC, has been sciencing the heck out of the challenge. Researchers there have been experimenting with different approaches to strip certain sugar molecules from the surface of Type A red blood cells, effectively turning the cells into Type O, which doesn't contain those sugar molecules.

These molecules — technically antigens — are what makes transfusions of different types of blood problematic. Type B blood, for an example, contains antibodies that will attack those sugars on Type A blood cells if the bloods mix. And vice versa. With no antigens, Type O blood is not attacked by antibodies, which is why Type O is in such great demand.

The answer to ridding Type A blood of its antigens, first proposed and demonstrated in the 1980s, was to use an enzyme that would, in effect, eat the sugars. Withers and his team, building on that, were searching for a better enzyme.

"We did make it better," Withers says of the procedure. "Just not better enough."

Instead they regrouped, took stock of where they were and started to look elsewhere for another enzyme that would do the trick. They turned inward, in a manner of speaking. They turned, ultimately, to the human gut.

"You knew that there was very likely to be enzymes in the gut," Withers says. "Whether they were going to be any better than the ones we knew about was a complete unknown."

Withers decided to go for the gut, first turning to another critical part of modern science to do so; begging for money for research. "I thought it was generally a good idea. And fortunately so did the reviewer of the grant proposal, so they could approve the funding," he says. "They really liked the idea. And it did pan out." 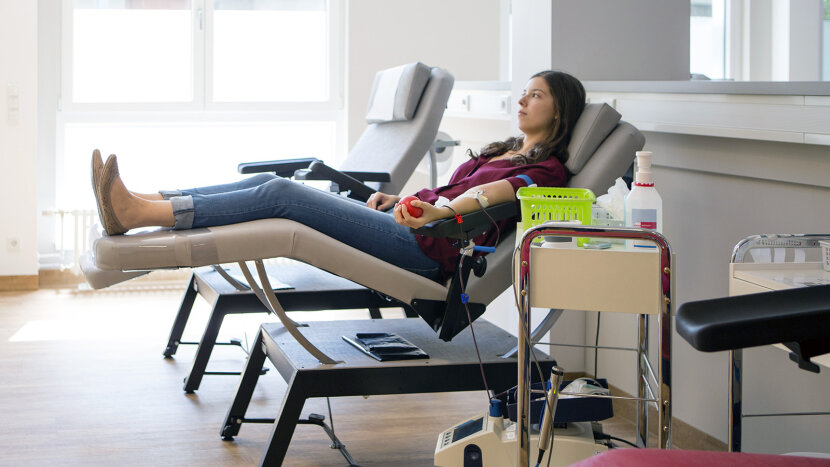 "What you're doing is, you're essentially choosing an environment that is likely to contain enzymes to do the job you want. And then you try to isolate your genes, and ultimately your enzymes, from that environment," Withers explains. "One of the key steps is, in my mind, is actually choosing your environment in the first place. Is it going to be a bunch of soil? Some oceanwater? What is it going to be?"

Withers and his group considered places where blood and bacteria would come in contact. Say, in mosquitoes. Or vampire bats. Leeches.

"But the complication is that it's only primates — that is, apes and ourselves — that have the ABO blood system. So mosquitoes, etc., would have to be feeding on human blood," Withers says. "And none of my graduate students seemed keen to volunteer."

The researchers settled on the human gut — the gastrointestinal walls — where bacteria have been found to feed on similar sugars. The theory was that they could take human DNA from a stool sample and isolate the genes that encode the bacteria to do their sugar-eating thing in the gut. Then they could see if that bacteria would do the job on the sugars on Type A blood cells.

Finding the gut material for the experiment was not going to be difficult. "It was pretty easy to get," Withers says. "All we need is poop."

After screening, cataloguing and sequencing the DNA, the researchers finally found a combination of enzymes that worked, which effectively stripped the sugars from Type A blood. Their findings were announced in June 2019 in the journal Nature Microbiology.

"This will really drive forward the option for blood banks to manage the blood supply," postdoc student Peter Rahfeld, the lead author on the paper, said in a release, "as soon as we can be sure it's safe."

Testing to establish that the enzymes don't strip the blood of anything else, and that the enzymes get all of the antigens from the surface of Type A blood cells, continues. Withers is preparing more grant proposals, scratching for more funding, too.

"Definitely, the research is still ongoing. We've got sort of two parts that are ongoing. One part is doing all these things on safety," Withers says. "The other part is trying to look further, to see if there's even better enzymes, and also to look out for better enzymes for converting B type blood. We've focused on A because that's the most challenging one before, and partly because there are reasonable enzymes for B."

The Withers Group also is perfecting new methods of screening DNA, at a smaller volume. All of it, maybe soon, could help make blood shortages a thing of the past.

According to the American Red Cross, a blood transfusion is needed every two seconds in the U.S. Every year, 4.5 million lives are saved by safe transfusions. The shelf life for a pint of blood is about 42 days.

The dragons are coming! The Game of Thrones prequel spinoff series House of the Dragon is receiving a straight-to-series…

Sign of the times: Can hugging machines solve the touch crisis? By MOLLY HANSON As the American loneliness epidemic…