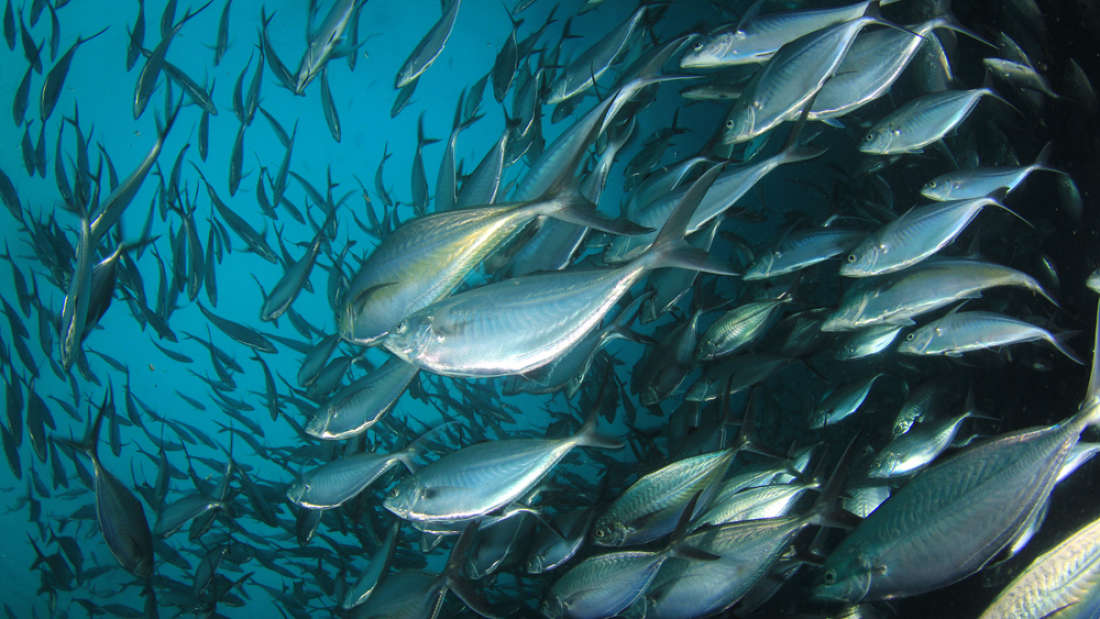 The world’s oceans are becoming parched of oxygen at an unprecedented rate.

A new IUCN report, released this weekend at the UN's Conference of the Parties (COP25) climate change conference in Madrid, has detailed the state of our suffocating seas.

It estimates the world’s oceans lost around 2 percent of their oxygen between 1960 and 2010. Furthermore, the report estimates that there a now around 700 "dead zones," portions of the coast where oxygen is effectively absent, compared to just 45 dead zones pre-1960.

This is, quite obviously, terrible news for the planet’s fish. Species such as tuna, marlin, and sharks are especially sensitive to lower oxygen levels because of their large size and high energy demand. On the other hand, species of jellyfish and some squid are expected to thrive as they are more tolerant of low-oxygen conditions.

Any changes to the ocean's oxygen concentration run the risk of collapsing food chains and causing widespread disruption throughout the marine ecosystem. Since many human populations depend on large fish for protein and their livelihood, the collapse could also have a harsh effect on millions of people.

The problem is only set to deepen too. The trend of ocean deoxygenation is primarily driven by climate change and greenhouse gas emissions, although nutrient pollution is also a factor. The deoxygenation occurs because oxygen is less soluble in warmer water. As the water holds less oxygen, it becomes more buoyant, resulting in reduced mixing of the oxygen-rich water layers near the surface with the ocean depths. So, under a “business-as-usual” scenario, whereby the climate crisis remains unaddressed and global temperatures continue to rise, oxygen levels in the ocean could drop by up to 4 percent by 2100.

“We are now seeing increasingly low levels of dissolved oxygen across large areas of the open ocean. This is perhaps the ultimate wake-up call from the uncontrolled experiment humanity is unleashing on the world’s ocean as carbon emissions continue to increase," Dan Laffoley, Senior Advisor Marine Science and Conservation in IUCN's Global Marine and Polar Programme and a co-editor of the report, said in a statement.

"Ocean oxygen depletion is menacing marine ecosystems already under stress from ocean warming and acidification. To stop the worrying expansion of oxygen-poor areas, we need to decisively curb greenhouse gas emissions as well as nutrient pollution from agriculture and other sources."

However, not all hope is lost just yet. The report authors argue that we can avoid catastrophe if we act sharply, primarily through the rapid reduction of greenhouse gas emissions. We've already done it once, new research has revealed, we can do it again. Just as the next 10 years, 2020 to 2030, are said to be the decisive decade for addressing the climate crisis, it’s also set to be a crucial period for the future of our oceans and all that depend on it.

"Urgent global action to overcome and reverse the effects of ocean deoxygenation is needed. Decisions taken at the ongoing climate conference will determine whether our ocean continues to sustain a rich variety of life, or whether habitable, oxygen-rich marine areas are increasingly, progressively and irrevocably lost,” said Minna Epps, IUCN Global Marine and Polar Programme Director.

Chinese Researchers Create Stretchable Display Thin Enough to Be Worn as Temporary Tattoo. A team of researchers from the…

Weight Loss: Timing May Be Everything A new study suggests meal-timing is a promising tool for weight control. By…