The greatest designs of modern times

BY DANIEL BENTLEY
What does it take to become a design icon? There‘s more to it than good looks. These 100 products have made our lives simpler, better, and yes, more stylish.

In 1959, Fortune published a “fascinating and brash” project that set out to discover the 100 best-designed products of the modern era. The list was compiled by Jay Doblin, the director of the Institute of Design at the Illinois Institute of Technology (IIT), based on a survey sent out to 100 of the era’s top designers, architects, and design teachers. The result is a fascinating document for modern eyes—perfectly illustrating mid-century design philosophy, yet often mirroring contemporary tastes: sleek sports cars by Porsche and Cisitalia, and even sleeker armchairs by Eames, Aalto, and Saarinen. Domestic appliances with forms foreshadowing Sputnik and the start of the Space Age. Above all, a deep appreciation for the aesthetic beauty not just of luxury goods but also the practical items that improve people’s lives on a daily basis.

In 2019, to recognize the 60-year anniversary of the original list, Fortune again partnered with the IIT Institute of Design (ID), now under the deanship of Denis Weil, to re-create the survey. Following Doblin’s methodology as closely as possible—with some sensible modern tweaks—ID polled educators, influencers, freelance designers, and corporate design teams on the creations they consider truly great. After more than a year of planning, surveying, and consolidation, we present to you the 100 iconic designs that rose to the top. 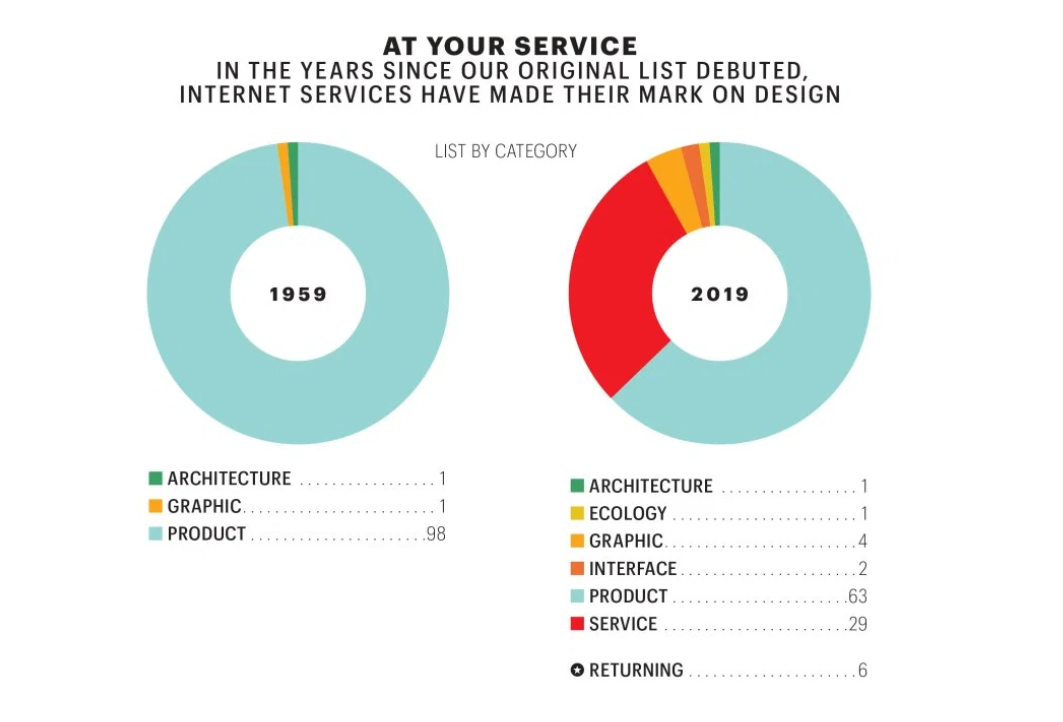 Just as in 1959, respondents were asked to name up to 10 examples of what they considered the best-designed products of the “modern era”—though this time we asked them to provide a reason for the nomination. Our respondents came back with more than 300 different products. But there was a clear convergence around the top 25, which were ranked by the number of nominations they received. For the rest of the list, where there was less consensus, the researchers at ID used language analysis of the submissions to rank products based on five criteria: how adaptable and expandable the product is; impact on society or the environment; ease of use; commercial success; and whether it redefined its category.

The results show a clear shift in design philosophy over the past six decades. “Design has graduated from ‘value-adding,’ ” says Weil. “Now it’s value-driving, unlocking and making accessible the value in new technology.” Sixty years ago, the word design was almost synonymous with the aesthetics of the finished product. Today the emphasis is on how elegantly the product or service performs its specific purpose or function. Perhaps the clearest example of this evolution is a new category that appears on our updated list: Internet services. Google Search, ranked No. 3, is a great design not because of visual adornment, but because it eschews all unnecessary elements to do its job—organizing vast troves of information—near perfectly. 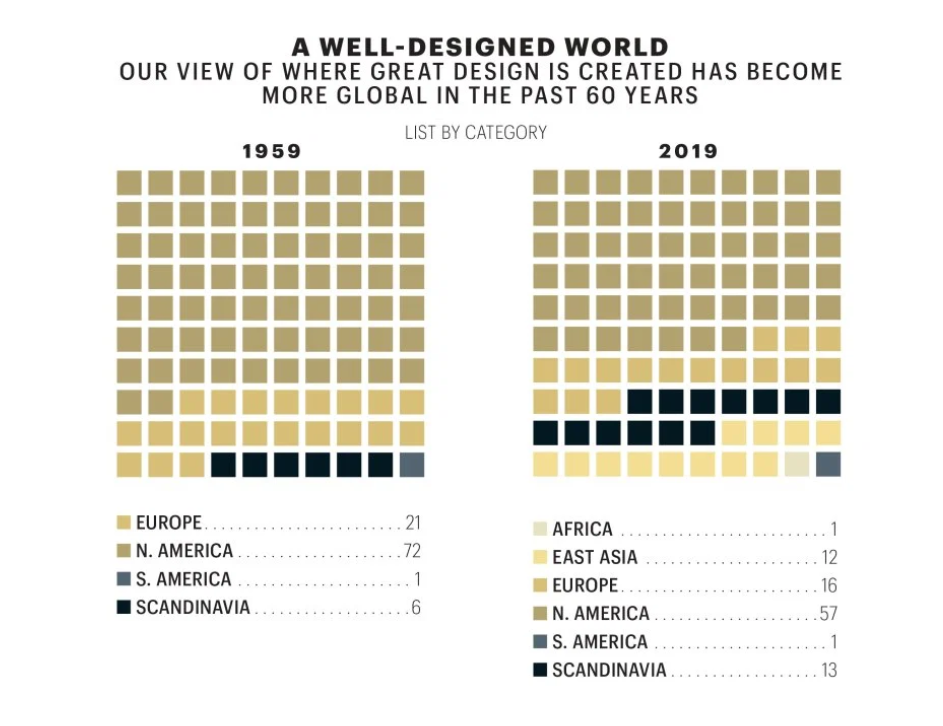 In his 1970 book One Hundred Great Product Designs, published only 11 years after compiling his original list, Doblin was already aware of where design was going next. “Process must become more important than product,” he wrote. “In the future, pride of ownership…will give way to human values—education, intelligence, contributions to society, creativity.” While optimistic, and even in 2020 not fully realized, we can see elements of his prediction in the updated list. In 1959, 14 automobiles made it into the top 100. Our new ranking includes just four—and Uber, an entire system of transportation rather than a single vehicle, ranks higher than all of them.

With regards to No. 1 on our list, Apple’s iPhone, respondents did not speak so much to its physical design—as handsome as its various iterations have been—but to the way in which the device has transformed human communication and nearly every aspect of how we live.

“Not only an instant way to be constantly connected,” said Kathleen Brandenburg of design consultancy IA Collaborative, of the device, “but a flexible, ever-evolving design that becomes whatever each user wants it to be.”

While more than one-third of the ranking comprises designs from the past 15 years, our respondents did acknowledge what one might call timeless creations. Six designs—marked by a star—are so iconic that they made both the 1959 list and today’s version. A handful of creators also appear on both editions, including Ray and Charles Eames, Alvar Aalto, and Eero ­Saarinen, whose furniture and home accessory designs are a shortcut for achieving mid-century cool; typeface designer Paul Renner, whose Futura font was used by Vogue, the Apollo program, and streetwear brand Supreme; and Ferdinand Porsche, whose car designs were both democratic, as is the case with the Volkswagen Beetle, and cutting-edge, as with the Porsche 911.

Our hope is that this list inspires you to think about the ways you encounter design every day. It’s a reminder that great design is more than window dressing—it’s about making life easier, simpler, better. And that’s beautiful. 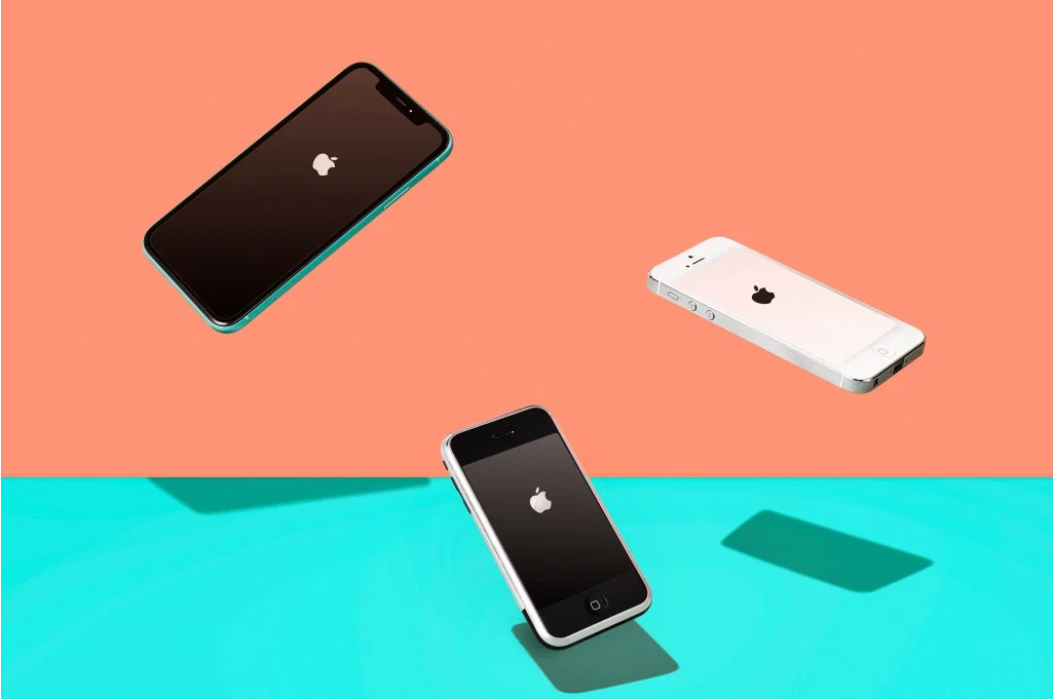 “An iPod, a phone, an Internet communicator” was how the late Steve Jobs announced the iPhone to the world in 2007. At the time it was an impressive claim. Now it seems like a massive understatement for a device that changed how we live. Analysts were initially skeptical that Apple could succeed selling a premium phone for $499 in a market in which most devices were subsidized or given away by carriers. But by relentlessly pushing the envelope of hardware and software design, adding a professional-grade camera, and creating an ecosystem of apps and services, Apple has sold more than 2 billion iPhones—and in the process has become the most valuable company in the world. 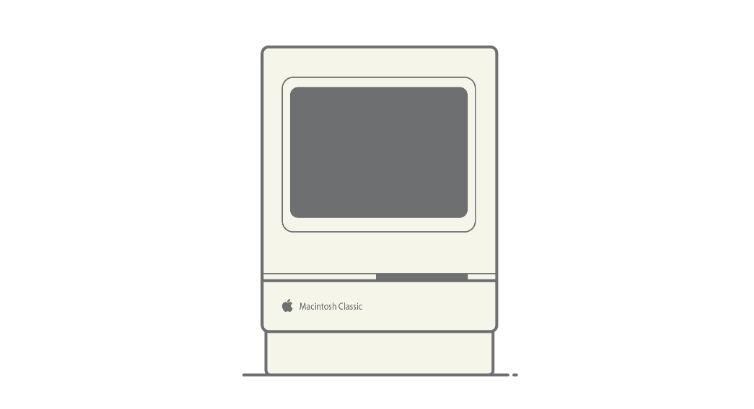 Apple started the personal computer revolution with the Apple II, but the Macintosh defined the category.

“The Macintosh was not the first personal computer, nor was it the first one with a graphical user interface, but it was the first complete product that took all these ideas and more into a complete package. It became a computer one could understand and interact with using both language and vision, typing and drawing. It changed the way we relate to a computer.” —Johan Redstrom, professor, Umeå University 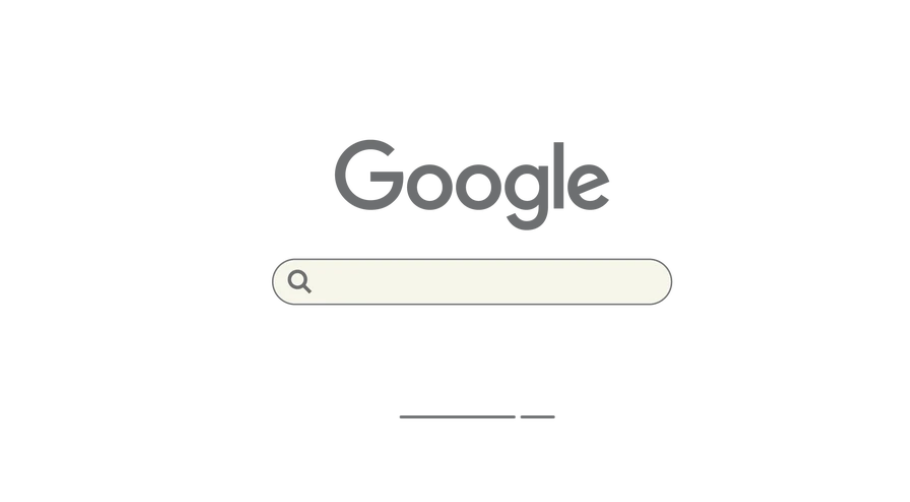 A minimalist gateway to a universe of information.

“Just type in where you want to go or what you want to know in one simple box.“ —David Kelley, founder, IDEO 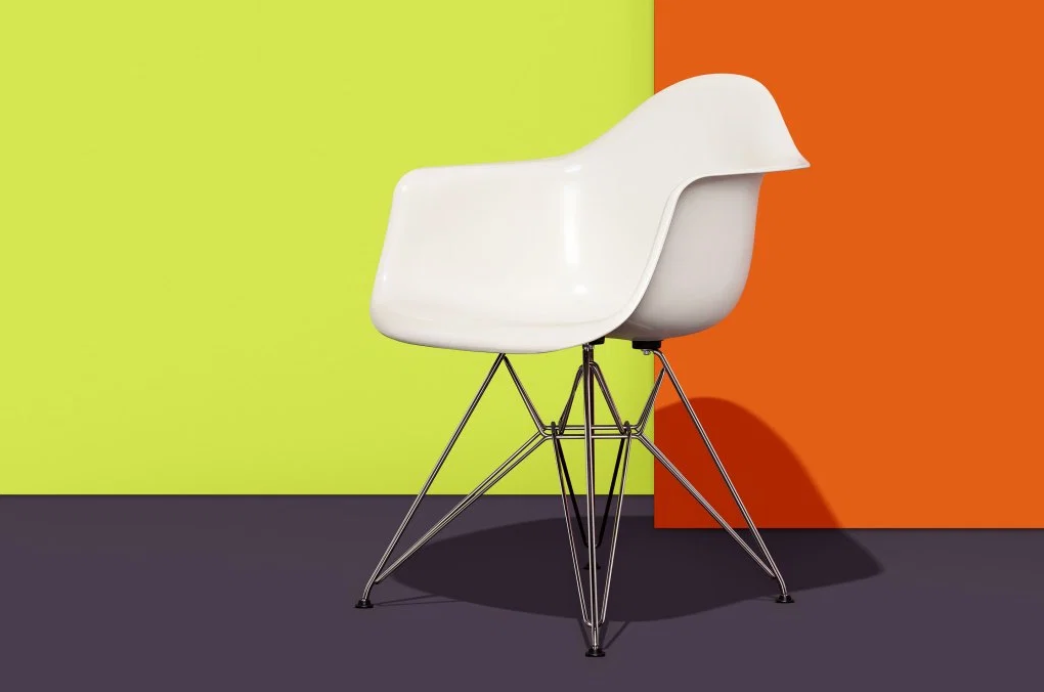 Say “Eames chair,” and one might think of the leather and plywood lounge chair created by husband and wife design team Charles and Ray Eames in 1956. But it’s the distinctly more democratic molded plastic and fiberglass armchair introduced six years earlier that ranks high on our list. Available in a variety of styles and colors, the design can be found everywhere from conference rooms to downtown lofts. Another testament to its greatness: The chair remains in production today. 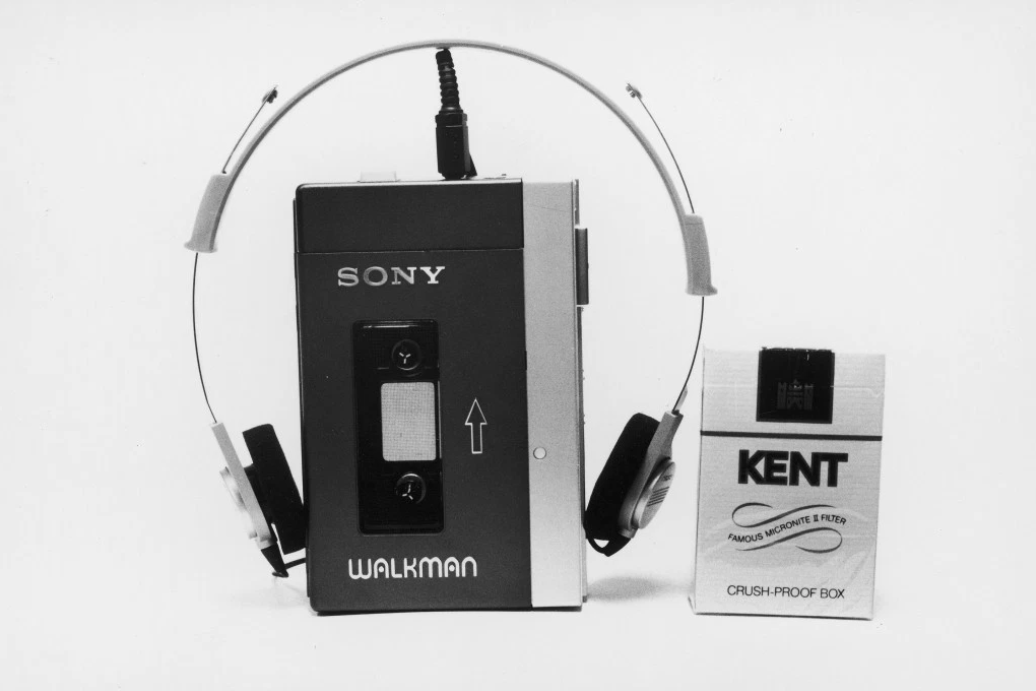 The Walkman allowed us to set the world to our own soundtrack. 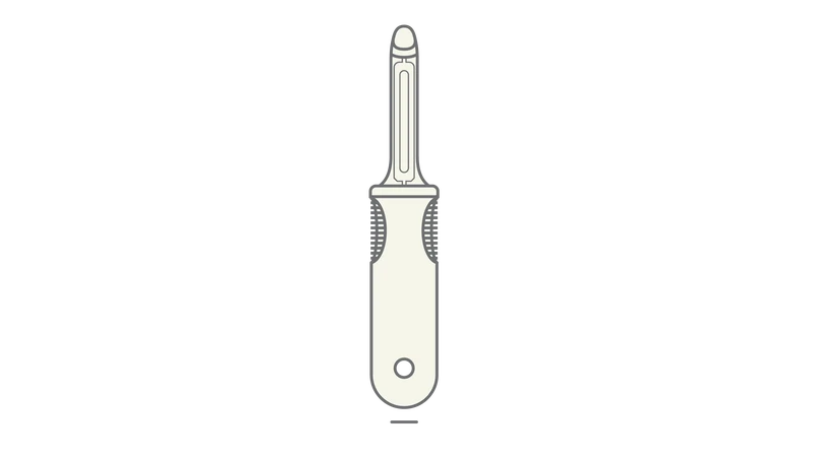 Farber created this ergonomically superior peeler for his arthritic wife.

"Perhaps the best example of inclusive design, this peeler and the Good Grips line of innovations shows that design made more accessible to all is also better design for everyone.” —Brandon Schauer, former head of enterprise design, Capital One 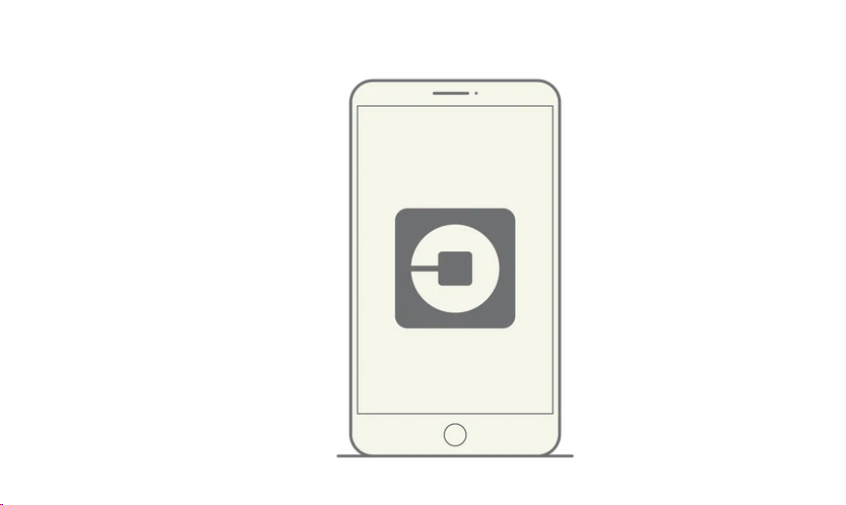 By leveraging the gig economy and GPS, Uber created a global transportation system.

"Simplicity, convenience, and a seamless experience. By truly identifying the ‘pain points’ of taxi travel, and designing a great experience, they disrupted an industry and evolved how we move today.” —Mark Buchalter, design director, Hornall Anderson

“Netflix transitioned the world into a new era of video streaming and redefined how video content is created and distributed.”—Logitech Design Team 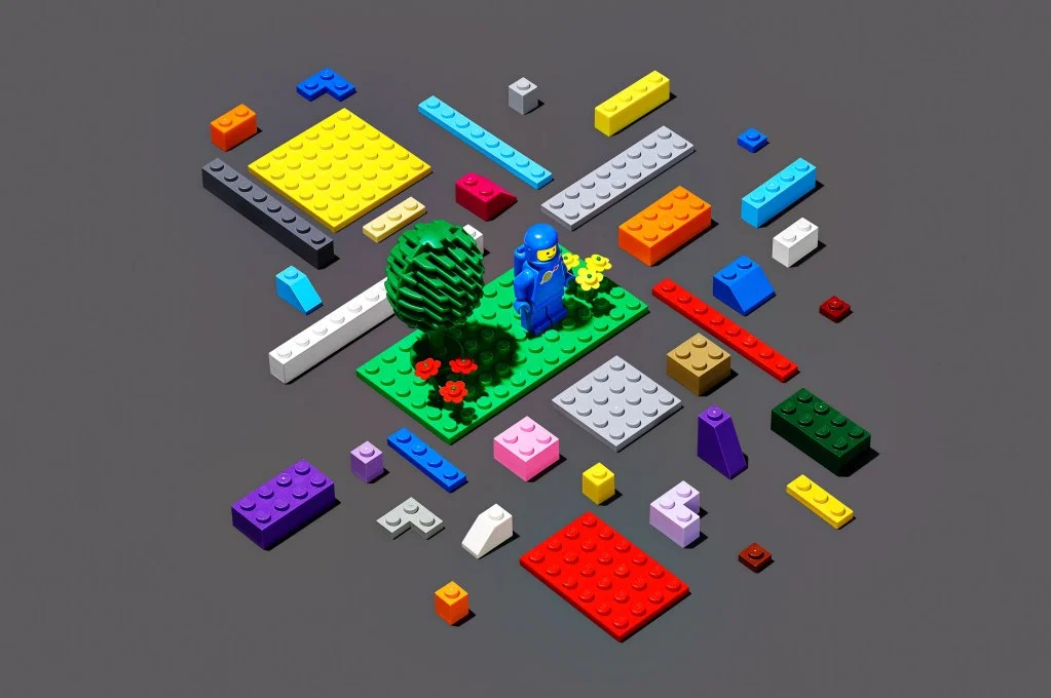 A delight to children and the bane of any parent who has stepped on an errant brick, Lego is the most popular toy in the world, with 75 billion pieces made annually. Though the company is famously Danish, the design originates with English toymaker Hilary Fisher Page, who created an “Interlocking Building Cube” in the late 1930s. Lego founder Ole Kirk Christiansen brought the bricks back from a trip to London and later acquired permission from Page. 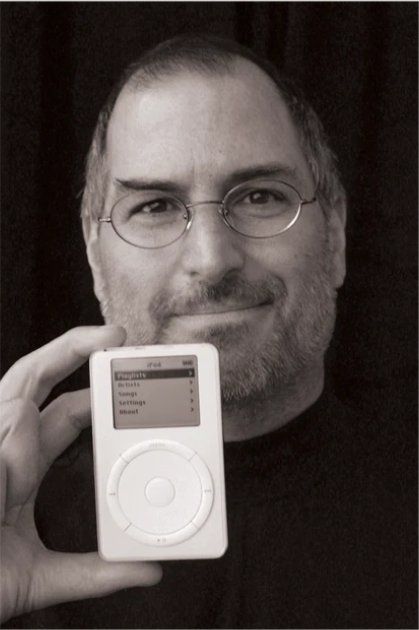 The heir to the Walkman’s throne. Put all your music in your pocket.

Designed by Where 2 Technologies, 2005 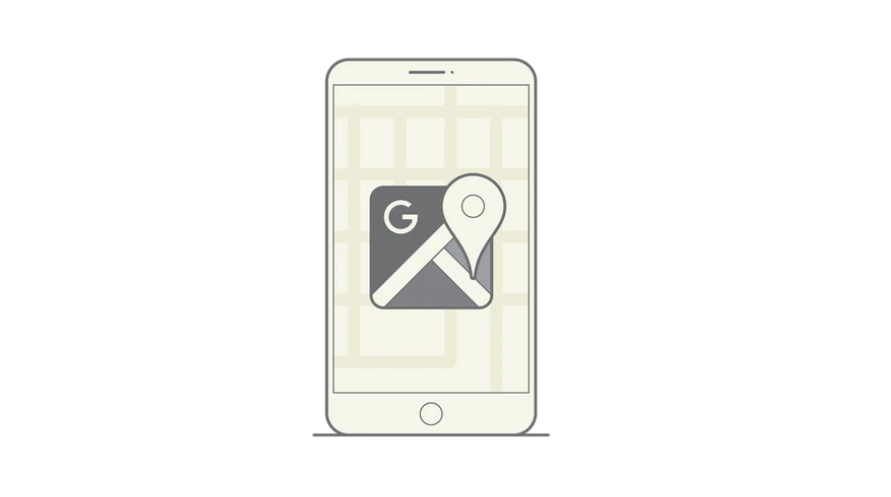 Maps transformed our relationship with our environment. Nowhere is unknown.

“Google Maps looks at how people think about navigation—planning, time management, anticipating micro-steps, discovering what’s nearby or on the way, and destination info—and then layered on crowd sourced data to make real-time adjustments to results, integrated with its other products (search, advertising, etc.).” —Russell Flench, service designer, Cleveland Clinic 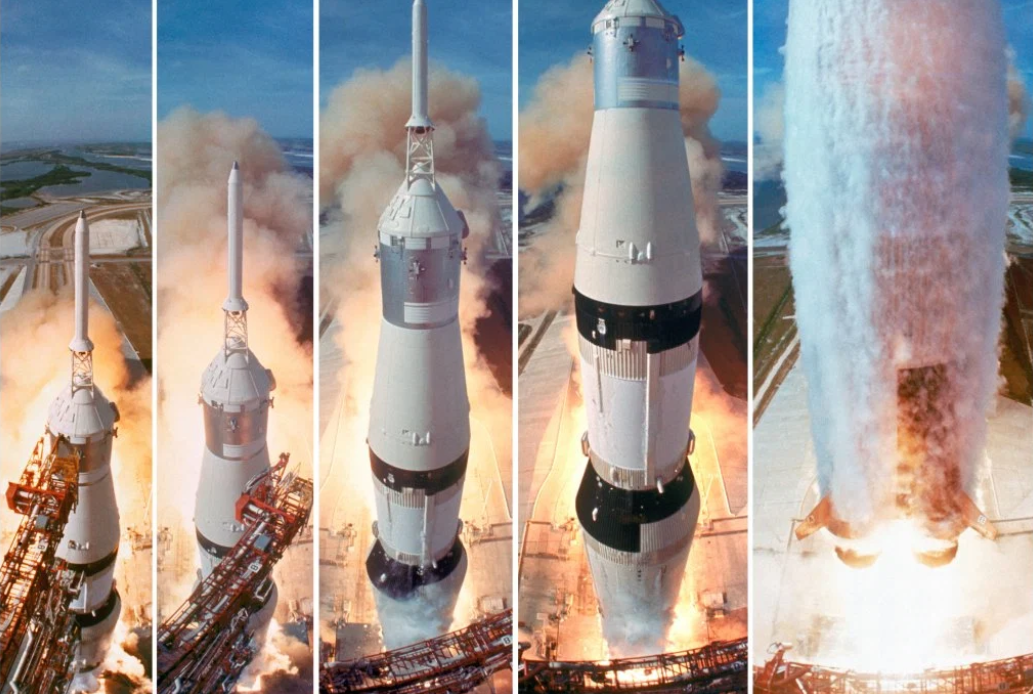 “On July 20, 1969, the first steps by human beings were taken on another planetary body. The Apollo 11 spacecraft was an integral part of the Lunar Landing Mission, driving monumental achievements in science, technology, engineering, and math. When the Apollo 11 spacecraft successfully landed on the moon, all of that washed away for a bit. The landing arguably became one of the most important moments in human history, as NASA showed what we are capable of if we put our minds and resources together.” —Tanner Woodford, founder and executive director, Chicago Design Museum 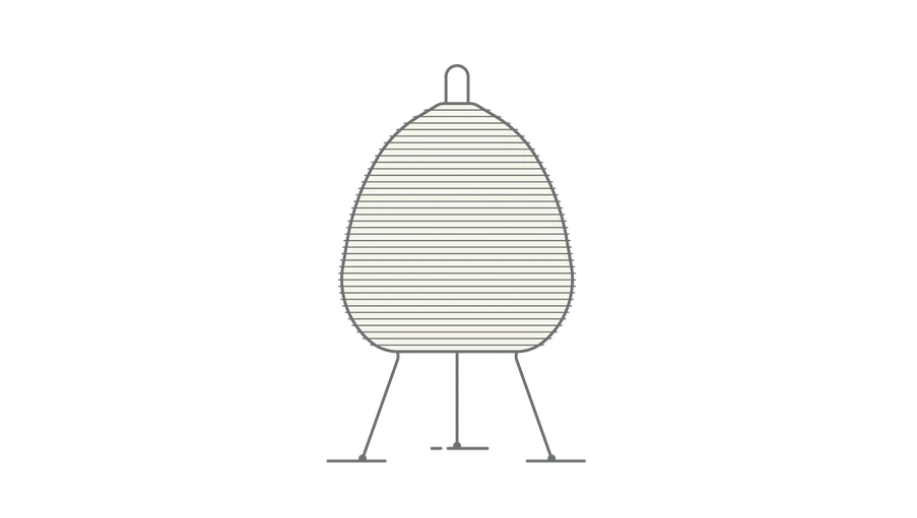 “There are few designs as simple and omnipresent as Noguchi’s Akari paper lamps, which have been copied to death. One could argue that the Akari lamps, which Noguchi presented at the 1986 Venice Art Biennale, are indeed artworks, making them among the most widely disseminated art objects in the world. With the lamps, Noguchi brought together a centuries-old traditional Japanese technique with modern technology, and did so in the most beautiful of ways.” —Spencer Bailey, editor-at-large, Phaidon

“It simply changed every part of our life.” —Yongqi Lou, dean of the College of Design and Innovation at Tongji University

The majority of the great designs on this list began as solutions to problems. But the Post-it began life as a solution without a problem. In the late 1960s, 3M chemist Spencer Silver—in pursuit of a superstrong adhesive—accidentally created a low-tack, reusable adhesive that could hold two surfaces together but easily be pulled apart. After kicking around the company for a few years, Silver's colleague Arthur Fry used the adhesive for the bookmark in his hymnal so stop it falling out, sparking the idea for the Post-It. And the iconic yellow of the paper that eventually became home to that new substance? Also an accident. It was the color of the scrap paper available to the design team. 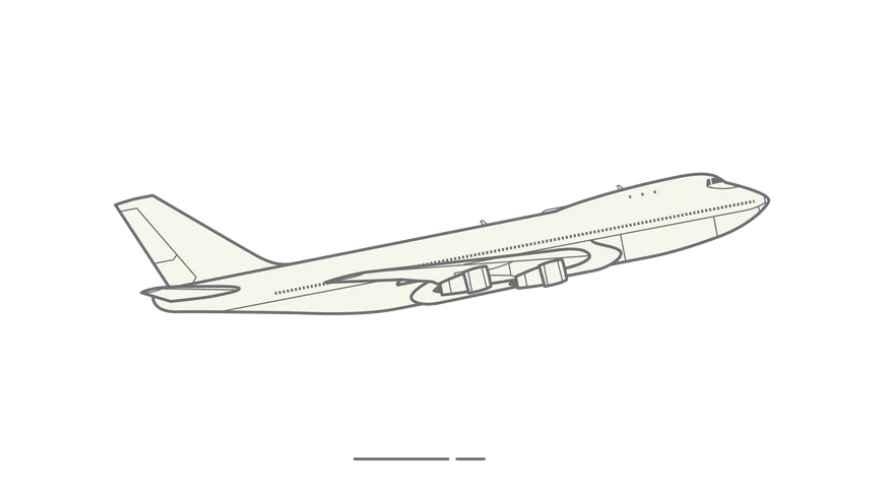 “The first commercial airliner made travel to faraway places possible and relatively painless. My personal favorite is the Boeing 747, liked by most people when they first saw it, and part of my work history.” —David Kelley, founder, IDEO 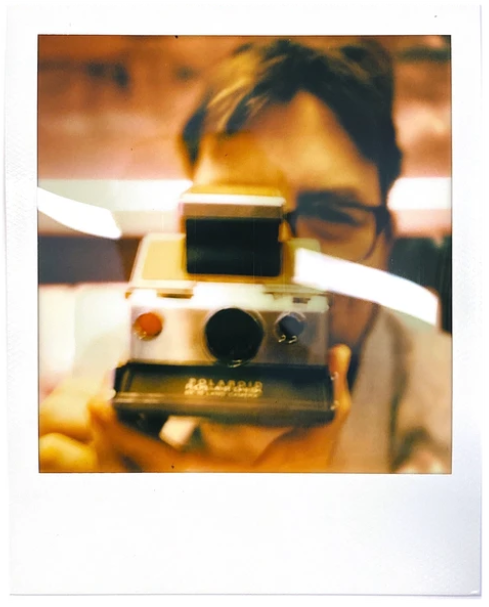 Kodak gave us the camera; Polaroid gave us an entire film lab.

“It was so easy to use and came with tips that could make anyone be—or feel like—an expert photographer.” —Barbara Barry, design strategist, Mayo-Clinic School of Medicine 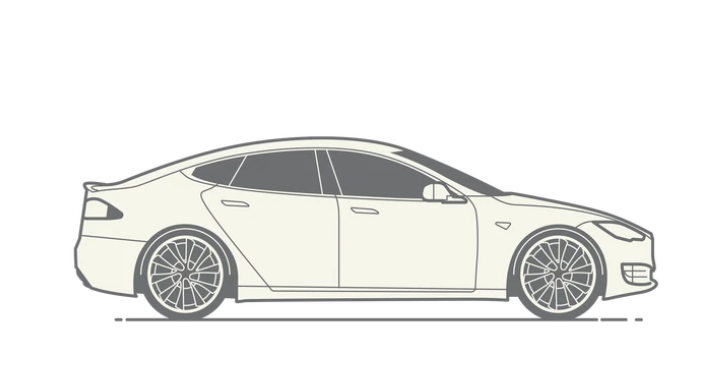 The car that took Tesla from upstart to global player. High-performance, zero emissions. 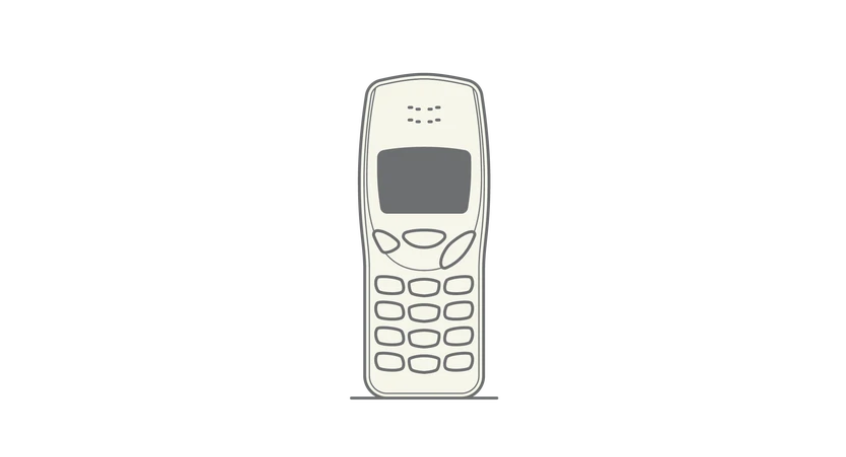 The first phone to sell more than 100 million units. The pinnacle of pre-smartphone design.

“Freed the world from location-based communication, allowing people to take and answer calls from wherever they liked. It set the bar for size, battery life and robustness (people still use it today). It was also awarded the product of the Millennium and was the first phone to sell past the 100 million mark.” —Anthony Dalby, VP Design, Lego 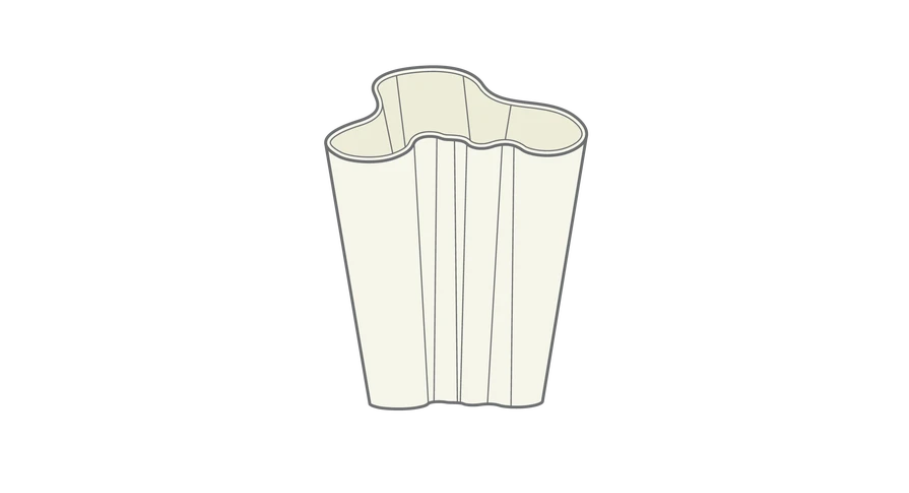 “Holds flowers similarly to a human hand.” —Renée Cheng, dean of the College of Built Environments, University of Washington

“The Alvar Aalto Vase is one of the world’s most famous glass objects. Each and every vase in the Alvar Aalto Collection continues to be mouth blown at the Iittala factory in Finland and comes in a wide range of colors and sizes. The collection is a staple of modern Scandinavian design and Iittala’s most iconic series." —Fiskars Group

1 IN 4 Americans have either lost their job or had pay cut from coronavirus shutdowns: Survey By Steve…