Did pangolins spread the China coronavirus to people?

Genetic sequences of viruses isolated from the scaly animals are 99% similar to that of the circulating virus — but the work is yet to be formally published. 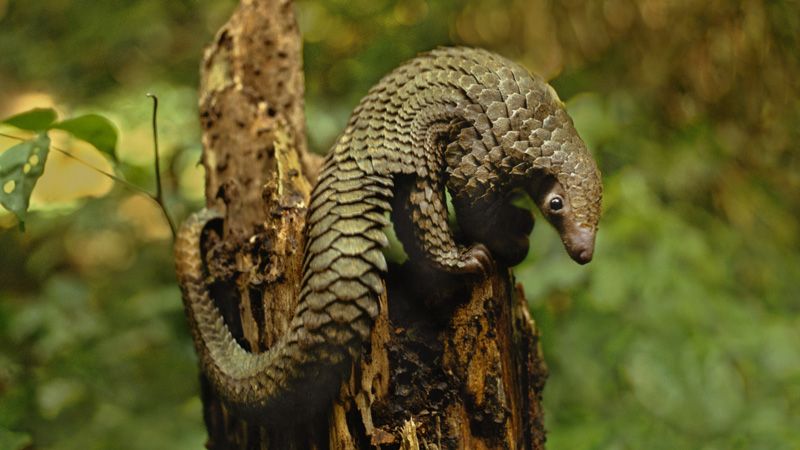 Researchers in Guangzhou, China, have suggested that pangolins — long-snouted, ant-eating mammals often used in traditional Chinese medicine — are the probable animal source of the coronavirus outbreak that has infected more than 30,000 people and is wreaking havoc worldwide.

Scientists say that the suggestion, based on a genetic analysis, seems plausible — but caution that the researchers’ work is yet to be published in full. “This is an extremely interesting observation. Although we need to see more details, it does make sense as there are now some other data emerging that pangolins carry viruses that are closely related to 2019-nCoV,” says Edward Holmes, an evolutionary virologist at the University of Sydney, Australia.

The identity of the animal source of the coronavirus, named nCoV-2019, has been one of the key questions that researchers have been racing to answer. Coronaviruses are known to circulate in mammals and birds, and scientists have already suggested that nCoV-2019 originally came from bats, a proposal based on the similarity of its genetic sequence to those of other known coronaviruses. But the virus was probably transmitted to humans by another animal. The coronavirus that caused severe acute respiratory syndrome, or SARS, spread from bats to civet cats to humans.

Now, the South China Agricultural University in Guangzhou says that two of its researchers, Shen Yongyi and Xiao Lihua, have identified the pangolin as the potential source of nCoV-2019 on the basis of a genetic comparison of coronaviruses taken from the animals and from humans infected in the outbreak and other findings. The sequences are 99% similar, the researchers reported at press conference on 7 February.

Previously, researchers have noted that coronaviruses are a possible cause of death in pangolins1, and that nCoV-2019 and coronaviruses from pangolins use receptors with similar molecular structures to infect cells.

Even before today’s announcement, pangolins were a good candidate for being an intermediate species for the virus, so it’s very interesting that the researchers have found such a close sequence, says David Robertson, a computational virologist at the University of Glasgow, UK.

Pangolins are protected animals, but illegal trafficking is widespread, and some species are critically endangered. They are sold, controversially, for their meat and scales, and for use in traditional Chinese medicine, in which parts of the animal are used to treat ailments such as skin diseases, menstrual disorders and arthritis. Chinese law states that people selling pangolins can be punished by 10 years or more in prison.

The coronavirus emerged in the Chinese city of Wuhan in December, and is thought to have leapt to humans at a seafood and wild-animal market, where many of the first people to become infected worked. Pangolins were not listed on an inventory of items sold at the market — although the illegality of trading pangolins could explain this omission.

Last month, scientists in Beijing claimed that snakes were the source of nCoV-2019, but that theory was dismissed by other researchers.

Shen and Xiao did not immediately respond to Nature’s requests for comment, but Liu Yahong, president of the South China Agricultural University, told the press conference that the results would be published soon to help efforts to control the coronavirus.

Scientists hope that the paper will offer details including where the team found the pangolins with the similar virus. Arinjay Banerjee, a coronavirus researcher at McMaster University in Hamilton, Canada, says that another crucial detail is where in pangolins the researchers found the virus — for example, whether it was isolated from blood samples or rectal swabs. This will help to determine how it might have been passed to humans and how such transmission could be prevented in the future.

“I can definitely believe it could be true,” says Kristian Andersen, an immunologist and computational biologist at Scripps Research in La Jolla, California. Andersen says he has compared publicly available sequences of pangolin viruses and found that they are similar to that of nCoV-2019. “I look forward to the published report and data.”