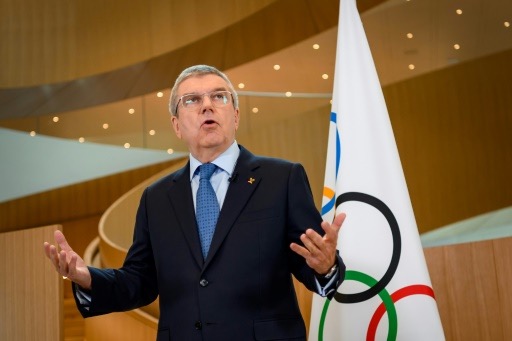 LAUSANNE
Olympic chiefs acknowledged Wednesday there was no "ideal" solution to staging the Tokyo Olympics in response to a growing number of athletes expressing concern as the coronavirus pandemic swept the globe.

Football's European Championship and the Copa America have been postponed for a year, but the International Olympic Committee says it is "fully committed" to holding the Games from July 24 as scheduled.

"This is an exceptional situation which requires exceptional solutions," an IOC spokesperson said after criticism from top athletes that they would be forced to take health risks should the Games go ahead.

"The IOC is committed to finding a solution with the least negative impact for the athletes, while protecting the integrity of the competition and the athletes' health," the spokesperson continued. "No solution will be ideal in this situation, and this is why we are counting on the responsibility and solidarity of the athletes."

Stefanidi, one of Greece's most prominent athletes, was scheduled to hand the ceremonial flame to Japanese officials before the Greek leg of the torch relay was scrapped over COVID-19, which has more than 200,000 cases and 8,092 deaths across 150 countries and territories as of 1300 GMT Wednesday.

"The IOC wants us to keep risking our health, our family's health and public health to train every day?" Stefanidi tweeted. "You are putting us in danger right now, today, not in 4 months."

On Tuesday, minutes before the IOC statement that it was pressing ahead with its preparations, Euro 2020 was delayed for a year, bowing to the crisis that has paralyzed Europe and drastically curtailed international travel.

Olympic qualifying tournaments are among the swathe of sports events that have been cancelled or postponed. Only 57 percent of athletes have booked their places so far.

"It's unbelievable," said Stefanidi. "What about team sports that have to train together? What about swimming? What about gymnastics, that they touch the same objects?

"There is zero consideration of the risk they are putting us in right now."

French swimming federation president Gilles Sezionale expressed his disappointment at the IOC "evoking the possible continuation of the Games".

"I am devastated by so many inconsistencies when we should today devote ourselves solely to the epidemic to save lives!"

Johnson-Thompson, who won her multi-event world title in Doha in October, criticized the IOC for telling athletes to train "as best they can", saying it was at odds with stringent government health measures.

"I feel under pressure to train and keep the same routine which is impossible," she wrote on Twitter.

"It's difficult (to) approach the season when everything has changed in the lead-up apart from the ultimate deadline," added the Briton.

Doubts are increasingly being expressed about holding the Olympics in its current slot, after the outbreak that first exploded in China spread to Asia and then worldwide.

On Wednesday an Olympic gymnastics qualifier in Tokyo, doubling as a test event, became the latest competition to be cancelled.

A day earlier, the deputy head of Japan's Olympic committee said he had tested positive for coronavirus.

But the IOC insisted "there is no need for any drastic decisions at this stage", adding that "any speculation at this moment would be counter-productive".

Hayley Wickenheiser, a Canadian IOC member with four ice hockey gold medals, warned "this crisis is bigger than even the Olympics".

"From an athlete perspective, I can only imagine and try to empathize with the anxiety and heartbreak athletes are feeling right now," she said in a statement. "The uncertainty of not knowing where you're going to train tomorrow as facilities close and qualification events are cancelled all over the world would be terrible if you've been training your whole life for this."

Wickenheiser added: "I think the IOC insisting this will move ahead, with such conviction, is insensitive and irresponsible given the state of humanity."

France's 110-meter hurdler Pascal Martinot-Lagarde, a European champion and world bronze medallist who finished fourth at the 2016 Rio Olympics, told AFP a postponement was the only fair solution.

"We're not all in the same boat, there are countries which are less affected than others. In some countries athletes can train normally while we can't even access our training track," he said. "We are not on an equal footing when it comes to preparation. The Games should be postponed until the end of 2020, not next year."

Germany's six-time Olympic dressage gold medallist Isabell Werth meanwhile said not talking about a potential postponement was "an incomprehensible and unjustifiable delaying tactic by the IOC and the Japanese". 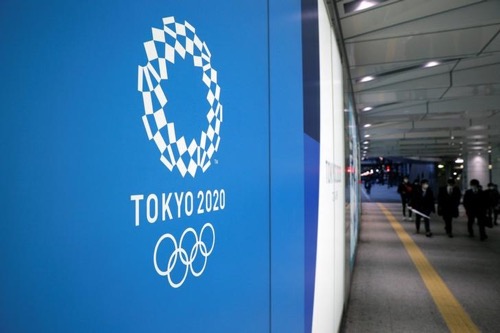 TOKYO
Holders of coveted tickets for the Tokyo Olympics are anxiously awaiting word on whether the Games will go ahead as planned, with a media report that they might not be refundable in case of a cancellation stirring fears they may be left out of pocket.

Tickets have been snapped up in Japan, with over three million sold during the first domestic lottery last May. Hot demand for later sales also left many potential buyers disappointed.

Organizers have repeatedly said the July 24 to Aug 9 Games will go ahead as scheduled but with the rapid spread of the coronavirus bringing the sports world to a virtual standstill fears are growing the Olympics may be cancelled or postponed.

On Wednesday, the Asahi Shimbun newspaper reported that tickets might not be refundable if the Olympics were to be cancelled, citing Olympic organizers and contractual details connected to the tickets.

Should holding the Olympics be prevented due to a number of "force majeure" incidents ranging from disasters to war and "states of emergency connected to public health," organizers were not to be held responsible, the Asahi added.

The report prompted a flood of comments on social media, making it one of the top trending Twitter topics in Japan.

"What - no refunds if it's cancelled? Are you kidding me?" wrote commenter may_lulu.

Tokyo 2020 organizers did not immediately respond to requests for comment on Wednesday.

When asked about the issue of refunds on March 11, they said, "Tokyo 2020 has never discussed cancelling or postponing the Games. Preparations for the Games are continuing as planned."

"I've almost given up on the Olympics," said Toshikazu Moriwaki, a 66-year-old retired banker who paid roughly 110,000 yen for four tickets but said he believed he would get a refund. "I really want to watch the Games but above all, I want to have the Olympics in Tokyo, even delayed. No cancellation please."

Liz Shek-Noble, an Australian resident of Tokyo, has tickets to diving and Paralympic fencing.

"I am not optimistic about the likelihood of getting a refund in the event that the Olympics and Paralympics are cancelled," she said. "In the event that they are postponed, I hope that those who have tickets are given the choice of attending their events on a new date or being partially or fully refunded."

And some continued to hope.

"First, I want to know if the Games are on or not before worrying about a refund," said a Korean woman living in Japan who holds two tickets to see golf. "I'm really looking forward to seeing the events that we luckily got tickets for."