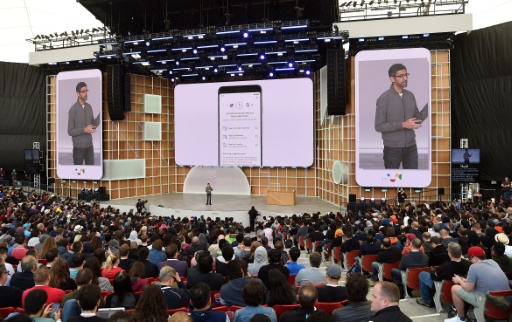 The festival-like developer conference known as the Google I/O, whose 2019 edition is pictured here, is being canceled over coronavirus fears Photo: AFP/File

SAN FRANCISCO —— Google on Tuesday cancelled its major annual gathering of software developers amid concerns over the deadly coronavirus.

The internet giant said it nixed the festival-like event Google I/O event scheduled for May a short distance from the "Googleplex" in the Silicon Valley city of Mountain View.

"Due to concerns around the coronavirus (COVID-19), we've decided to cancel this year's physical event at Shoreline Amphitheatre," a Google statement said.

A Google developers' account tweeted: "It's sad that we won't be able to gather as a developer community but your health and safety is our priority."

Google added it is exploring other ways for its developer community to connect and collaborate.

The annual Google I/O conference typically attracts thousands of developers from around the world who get to mingle with one another and engineers from the internet company on ways to synchronize software and services to its array of offerings.

It joins a growing list of global events that have been cancelled as the virus spreads around the world.

A game developers conference in San Francisco was postponed last week, after Facebook and Microsoft withdrew from the event due to concerns about the spread of novel coronavirus.

Facebook recently canceled its F8 developers conference, the biggest annual event for the U.S. tech giant, due to virus worries.

Like Google I/O, the F8 gathering in the Silicon Valley city of San Jose typically draws throngs of software makers from around the world who collaborate with the tech giant on its platform.

Face-to-face interaction at San Jose conference center will be replaced with online presentations.

Twitter staff told to work from home over virus fears 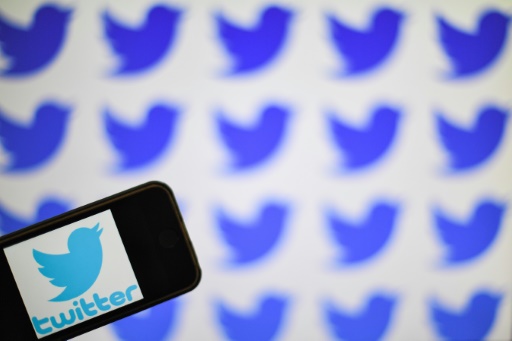 Twitter has told staff around the world to work from home if possible to help stop the spread of the deadly coronavirus Photo: AFP/File

SAN FRANCISCO —— Twitter staff across the world were asked to work from home starting Monday in an effort to stop the spread of the deadly new coronavirus epidemic.

The outbreak has spread across the world since emerging in central China late last year, killing more than 3,100 people, infecting over 90,000, and prompting a wave of travel restrictions.

The social media platform's decision to ask its staff to avoid the office follows similar requests by governments in virus hotspots.

"We are strongly encouraging all employees globally to work from home if they're able," Twitter human resources chief Jennifer Christie said in a Monday blog post.

"Our goal is to lower the probability of the spread of the COVID-19 coronavirus for us -- and the world around us."

Working from home will be mandatory for employees at the company's South Korea, Hong Kong and Japan offices, Christie said.

South Korea has recorded nearly 5,000 confirmed COVID-19 infections -- the largest number outside mainland China -- along with 28 deaths. More than half of the cases have been linked to the Shincheonji Church of Jesus, a secretive religious group often described as a cult.

Japan's government has urged the closure of schools nationwide and employers to give their staff permission to work remotely.

Most civil servants in Hong Kong returned to work on Monday after they were asked to work from home for a month. The financial hub has recorded 100 cases of the infection.

The psychology of shopping addiction BY JAIMEE BELL Shopping might be one of the most socially acceptable addictions, but…

By Live Science Staff A Chinese woman holds her protective-mask-wearing dog in Beijing, China, on Feb. 7, 2020 in…