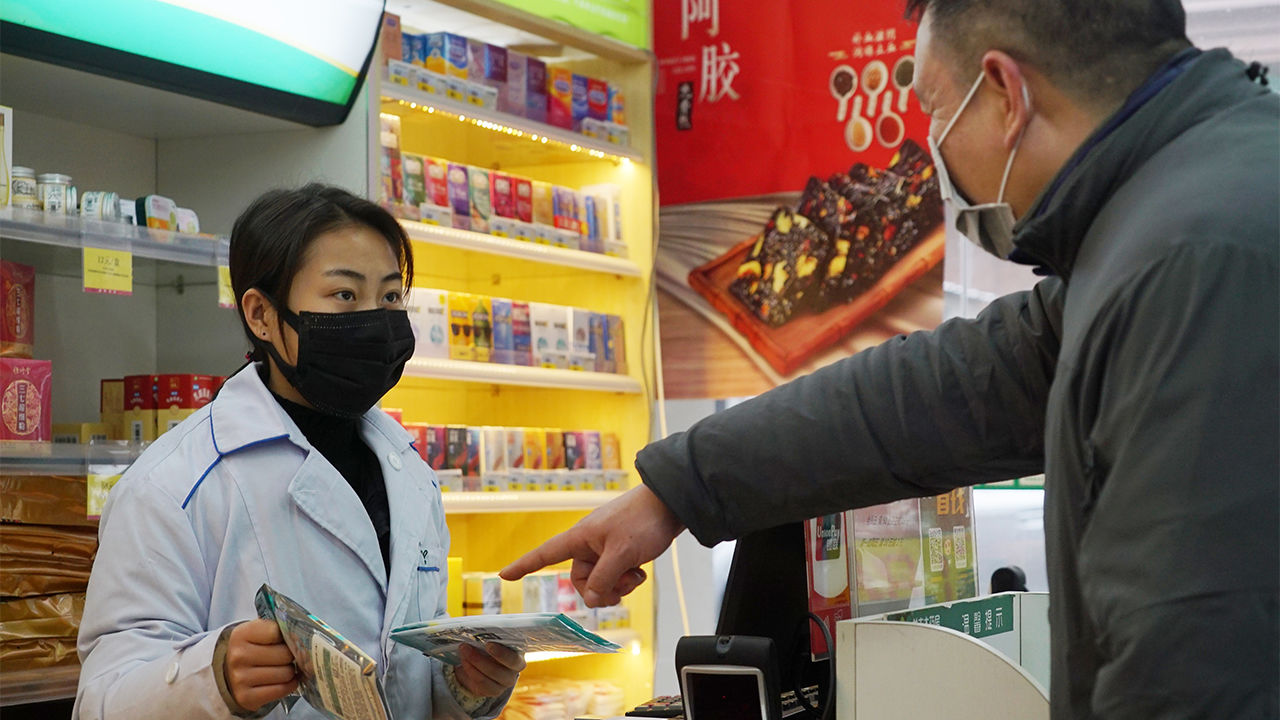 Staff sell face masks at a pharmacy in Wuhan, China, the epicenter of a novel coronavirus outbreak, on 22 January. DRAKE KANG/AP

In the stock pandemic movie, scientists are frantically working on concoctions to stop the spread of a newly emerging virus—and by the end, voila, they succeed and save the world. In the real world, vaccines played limited, if any, roles in slowing the Zika epidemic that walloped Latin America in 2016, the devastating 2014–16 West African Ebola epidemic, and the pandemic flu that began to circulate in 2009. The shots just weren’t ready in time.

This time, with infections of a novel coronavirus exploding in China—case numbers soared to more than 2700 the past 24 hours—and racing around the world, scientists contend they are better prepared than ever to produce a vaccine at Hollywood speed. Of course, the 2019-novel coronavirus (2019-nCoV), as it is now dubbed, has a solid lead in the race, and by the time a vaccine proves its worth in a clinical trial and manufacturers scale up production, it once again may be too late to make a significant dent in the course of the epidemic. But scientists hope they can make a difference.

One sign of the breakneck pace was the announcement on 23 January by the Coalition for Epidemic Preparedness Innovations (CEPI) that it will give three companies a total of $12.5 million to develop 2019-CoV vaccines. A nonprofit formed in 2016 solely to fund and shepherd the development of new vaccines against emerging infectious diseases, CEPI is trying to have vaccines developed and tested faster than any previous effort, anywhere, ever. “This is what CEPI was created to do,” says CEO Richard Hatchett.

Each of the three efforts that CEPI supports began within hours after Chinese researchers first posted a sequence of 2019-CoV in a public database. That happened on Friday evening, 10 January, in Bethesda, Maryland, home of the U.S. National Institute of Allergy and Infectious Diseases (NIAID). Barney Graham, deputy director of NIAID’s Vaccine Research Center, began to analyze the sequence with his team on Saturday morning. The following Monday, Graham discussed his findings with researchers at Moderna, a vaccinemaker. On Tuesday, they signed a deal to collaborate.

Moderna makes vaccines by converting viral sequences into messenger RNA (mRNA). When injected into the body, the mRNA causes the body to produce a viral protein that can trigger the desired immune response. Moderna already has nine vaccines in clinical trials that use the mRNA “platform,” says Stéphane Bancel, Moderna’s CEO. “It was a really, really hard scientific challenge to make the first one, but once you get the first one working, the next one becomes really easy: You get the sequence, and this is just another one,” Bancel says. “It’s the same manufacturing process by the same group in the same room.”

One of the nine vaccines, also codeveloped with NIAID, targets Middle East respiratory syndrome (MERS), a disease caused by a different but similar coronavirus that occasionally infects people in the Middle East. Tested only in animals so far, the MERS vaccine relies on a protein on the viral surface called the spike. In theory, all the team needs to do is swap in the genetic sequence for 2019-nCoV’s spike to make the new product. “We have a lot of information about how to make [the spike],” Graham says. The MERS spike protein produces stronger immune responses when it’s in a “stabilized” conformation, and so his team has tweaked the mRNA accordingly. It hopes to apply the same trick to 2019-nCoV.

Inovio, another company working on a 2019-nCoV vaccine with help from CEPI, began its project that same Saturday morning. Inovio produces vaccines made of DNA. It also has a MERS vaccine—which is further along than Moderna’s, already having entered human trials—that also relies on the spike protein. “Our team worked around the clock and was able to design a spike-focused vaccine by that Sunday night,” says CEO J. Joseph Kim.

Both Moderna and Inovio say they could have enough vaccine produced 1 month from now to begin animal testing. Kim says he’s looking forward to the race. “We’re starting at the exact same time and this is a great opportunity for us to go mano a mano with Moderna,” Kim says. “I like our chances.”

CEPI’s third grant is going to researchers at the University of Queensland. They are developing a vaccine consisting of viral proteins produced in cell cultures, an older technology. Molecular virologist Keith Chappell, one of the project’s leaders, says the “aspirational goal” is to have a candidate vaccine ready for human tests 16 weeks from now. “This is incredibly ambitious and we can provide no guarantee that we can meet this target,” Chappell says. “Our team is working as hard and fast as we possibly can. It is reassuring to us that we are not the only team tasked with a response.”

Once candidate vaccines are available, researchers will test them in animals to see whether they are safe and produce an immune response. If so, companies will have to receive regulatory approvals to launch phase I human trials, which test safety and immune responses in small numbers of volunteers who are not at risk of the disease. In the case of the U.S. Food and Drug Administration, approval typically takes 1 month. NIAID already has a vaccine trial network in place that plans to stage the phase I study of the Moderna vaccine; NIAID Director Anthony Fauci expects the trial could start within 3 months.

In parallel to the human trials, researchers will want to test the vaccine’s ability to protect animals intentionally exposed to the virus. That will require engineering a mouse model or finding another animal species—likely monkeys—that scientists can reliably infect with 2019-nCoV. “We’re building the airplane as we’re flying,” Kim says.

In the best-case scenario, Graham says, the Moderna vaccine will perform well in phase I studies and be ready for larger, real-world efficacy tests in humans by summer. But previous efforts to race forward new vaccines during epidemics have hit unanticipated speed bumps. “I’m a little more circumspect about the timeline,” Hatchett says.

Even when experimental vaccines work in clinical trials, mass producing them quickly is inevitably a huge challenge. If Moderna devoted all of its vaccine manufacturing capabilities to one product, it could make 100 million doses in a year, Bancel says. Inovio can only produce 100,000 doses a year now, but is “actively speaking with a larger manufacturer,” Kim says, which could increase their output to “multimillion” doses. The Queensland team says it could make 200,000 doses in 6 months.

None of that even comes close to what might be needed to protect the world’s population in the worst-case scenario. But if the new coronavirus is seasonal in nature, as many respiratory viruses are, time might be on the vaccinemakers’ side. Influenza, for instance, in most of the world typically transmits in winter and disappears in summer. “If [2019-nCoV] behaves anything like flu, there will be seasonal transmission and then it will go down and there will be a recrudescence in the fall,” Hatchett says. “So it could be even 1 year down the road before we see a large wave of disease. And it could be that a vaccine then plays a role in a timely fashion.” Widespread infection in populations—which may be happening in Wuhan, China, now—can also lead to lasting immunity in many people, reducing the need for a vaccine.

Bancel says the preparation of the vaccine is ultimately a precautionary measure. “Nobody knows what’s going to happen,” he says. “We’re all hoping we’ll never need this vaccine.”