THOUSANDS of bizarre “ice-eggs” have engulfed a beach in Finland during a rare weather phenomenon.

The egg-shaped balls of ice have been pictured covering the entire Scandinavian beach on Hailuoto Island in the Gulf of Bothnia. 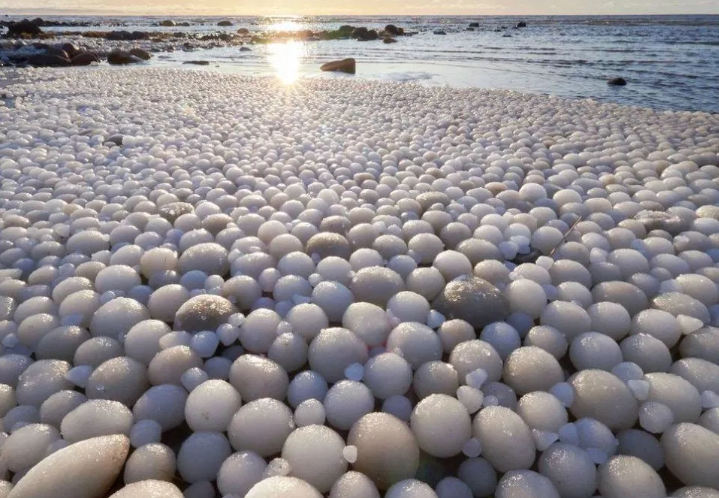 The extraordinary sight was captured on Hailuoto Island in Finland Credit: Risto Mattila 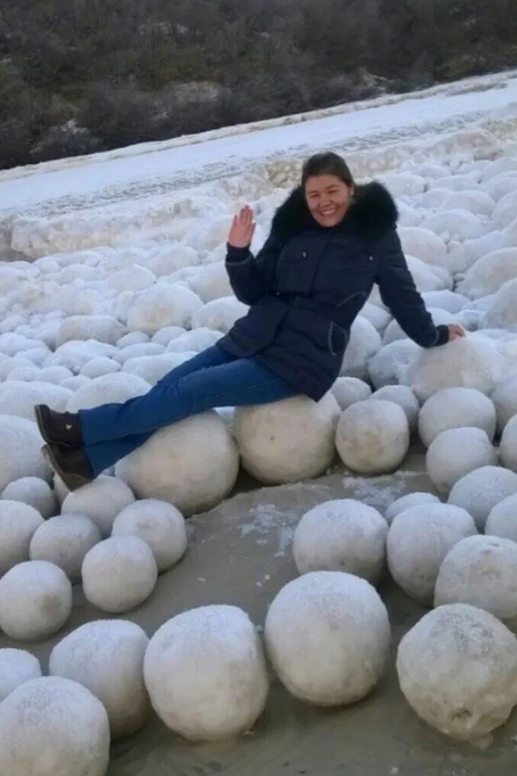 A similar phenomenon happen in Nyda, Siberia, in 2016 when locals posed on the ice balls Credit: EKATERINA CHERNYKH

The extraordinary sight was captured by amateur photographer Risto Mattila who came across the beach.

Experts say it is caused by a rare process in which small pieces of ice are rolled over by wind and water.

Risto, from nearby Oulu, told the BBC he had never witnessed anything like it.

He said: "I was with my wife at Marjaniemi beach. The weather was sunny, about -1C (32F) and it was quite a windy day.

"There we found this amazing phenomenon. There was snow and ice eggs along the beach near the water line."

He said the balls of ice extended over a 100ft area with some as big as footballs.

He added: "That was an amazing view. I have never seen anything like this during 25 years living in the vicinity

"Since I had a camera with me I decided to preserve this unusual sight for posterity."

SO-CALLED "ice eggs" are rare and happen only around once a year in the correct conditions.

A shallow and slightly sloping sandy beach with calm waves and possibly a light swell is the perfect setting for the ice eggs to form.

The ice begins to colect and form a core as the swell moves it along the beach, forward and back.

A small ball surface gets wet, freezes and becomes bigger and bigger as it rolls back and forth.

Dr James Carter, professor of geography-geology at Illinois State University, said Autumn is the perfect time to see the phenomenon as this is when ice starts to form on the surface of water, creating a form of slush when moved by waves.

Similar sights have been reported before, including in Russia and on Lake Michigan near Chicago.

In 2016 residents of Nyda in Siberia found giant balls of ice and snow covering an 18km (11-mile) stretch of coastline.

They ranged from the size of a tennis ball to almost 1m (3ft) across.

A similar phenomenon known as "ice pancakes" occurs in the UK.

Last year we showed rare footage of the disks of ice covering a river in the Scottish Highlands.

The phenomenon on the River Helmsdale was such a spectacle that it prompted a group of binmen to pull over and take in the mesmerising view.

Amateur photographer Daniel Norrie, 31, took photos and video of the occurrence — caused when pieces of ice knock together and create circular shapes, known as ice pancakes. 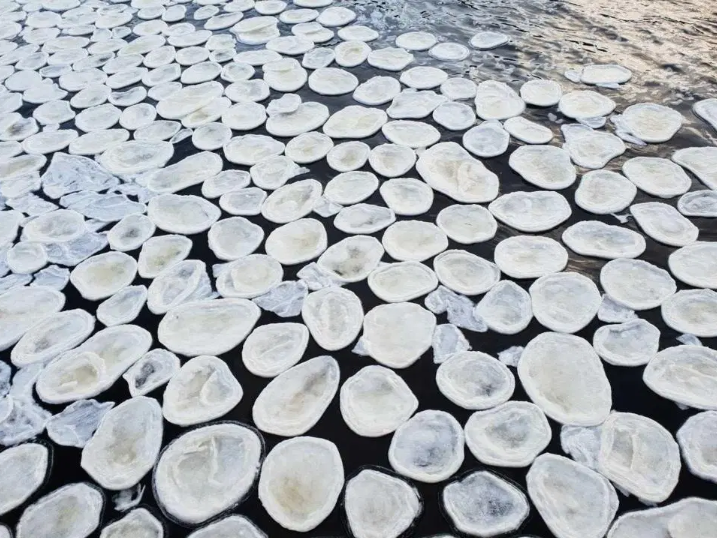 A sea of 'ice pancakes' covered a river in the Scottish Highlands Credit: Kennedy News and Media/ Daniel Norrie 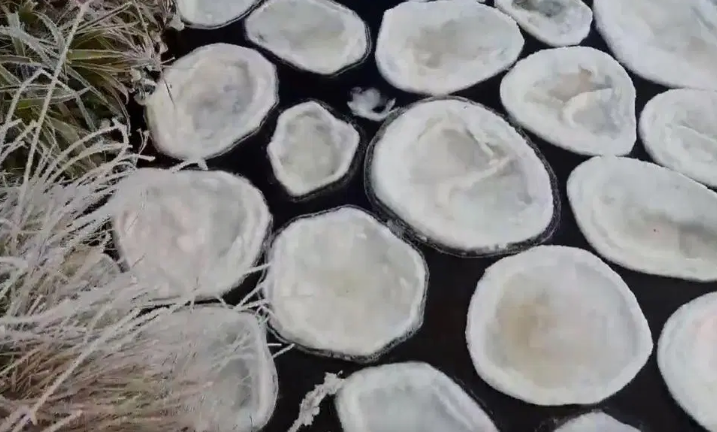 The shapes are formed when pieces of ice knock together and create circles Credit: Kennedy News and Media/ Daniel Norrie 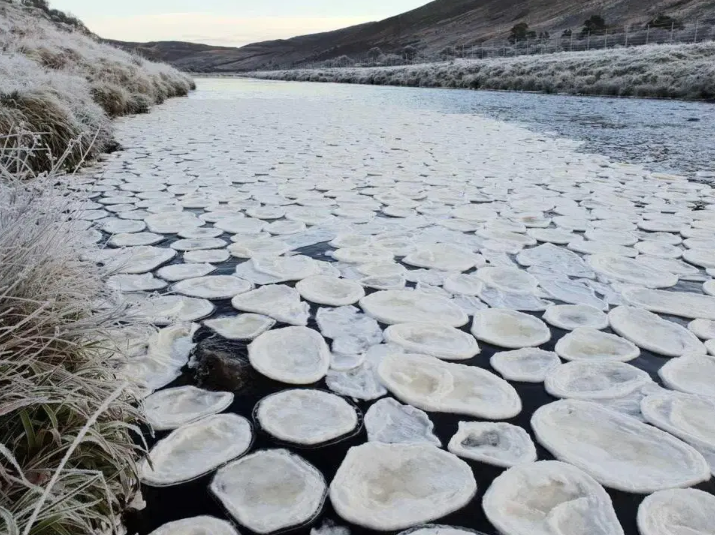