Why doesn't Britain trust Huawei and what does the ban mean for me? 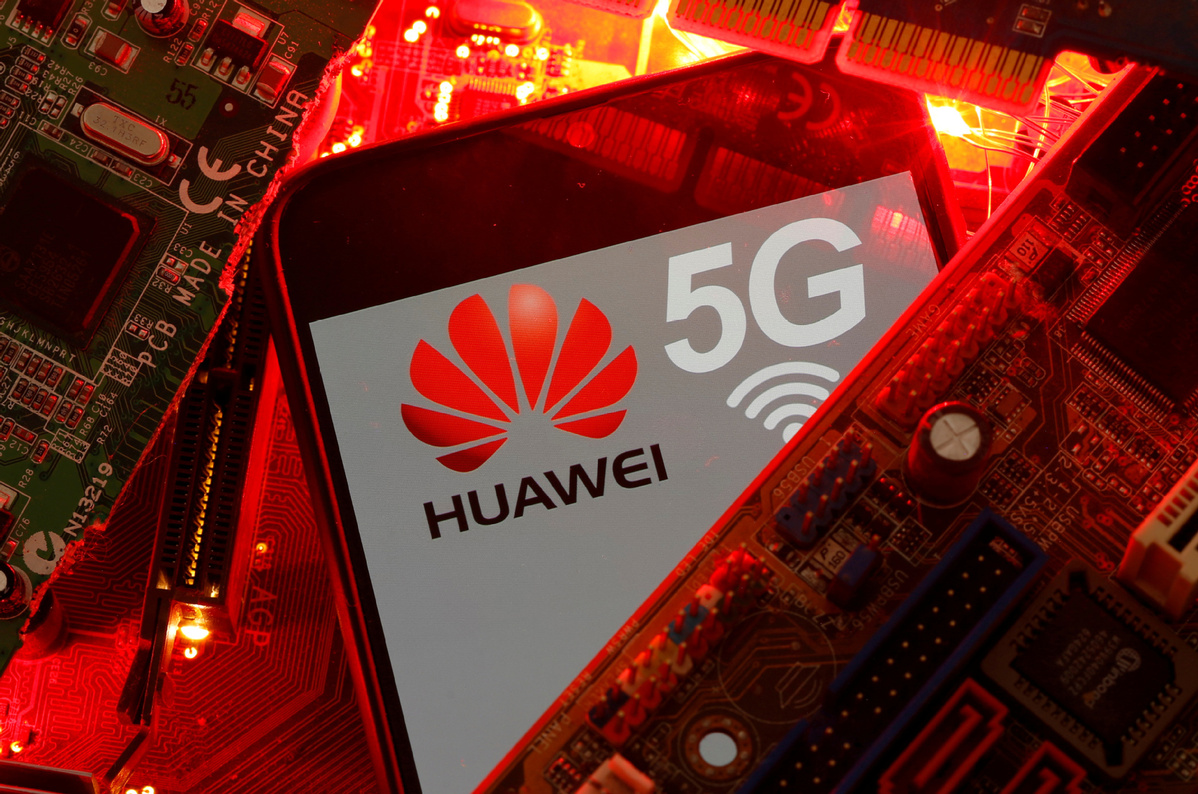 New Huawei products are to be banned from the UK's 5G network infrastructure from December 31 this year, the culture secretary has confirmed in a major policy U-turn.

Oliver Dowden also announced that all Huawei equipment currently being used within UK 5G will have to be ripped out by 2027.

The widely expected U-turn will have big implications for Britain's connectivity.

The ban on Huawei will delay the UK's full rollout of 5G by two to three years and the transition to an alternative could cost up to £2 billion.

Why was Huawei initially approved?

Resisting heavy pressure from US President Donald Trump, as well as from his own MPs, in January the prime minister controversially allowed the Chinese tech firm to be involved with the UK's 5G network, which is in development.

There were huge security concerns over Huawei's links to the Chinese state, with critics claiming the firm's involvement in UK infrastructure would compromise Britain's ability to protect its own data.

But Huawei - which has invested billions in 5G technology - is considered a world leader in the industry and Boris Johnson justified his decision to permit the firm by saying banning it would cause a significant delay in the introduction of widespread 5G in the UK.

In line with his manifesto pledge to "level up" the country, the prime minister decided not to ban Huawei from 5G but limited it to no more than 35% in the periphery of the network, known as the access network, which connects devices and equipment to mobile phone masts.

Prime Minister Johnson admitted the firm was a "high risk vendor" but allowed have some access to the UK's 5G network after being told by the UK's security agencies that they could manage the risk posed by Huawei. 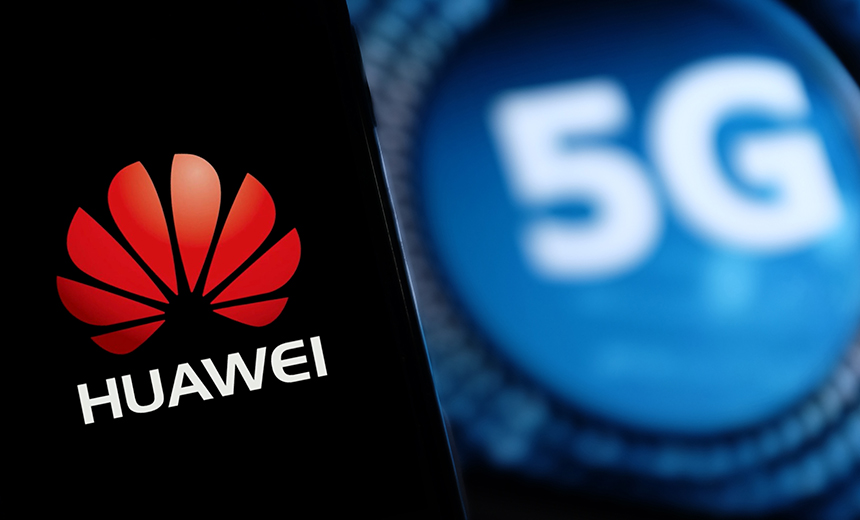 What were the concerns?

MPs opposed to Huawei had several worries over the firm, which was founded by Ren Zhengfei in 1987.

Mr Zhengfei's former role as an engineer within the People's Liberation Army is a major concern for many, as is China's history of state sponsorship and surveillance.

Chinese law can also compel firms to co-operate with Chinese national intelligence work, which some critics have suggested could see Beijing require Huawei to spy on people through so-called "back doors" in its telecoms equipment, the US said.

Tom Tugendhat, Chair of the Foreign Affairs Committee, said it would be "near impossible" to bar Huawei's 5G equipment from "sensitive geographic locations", as stipulated by the government.

Huawei has vehemently denied allegations of any ties to the Chinese state and says it abides by the laws of every country in which it operates.

Taking the denial with a pinch of salt, the UK said it would implement a "tough" new telecoms security framework to "mitigate the potential risk". 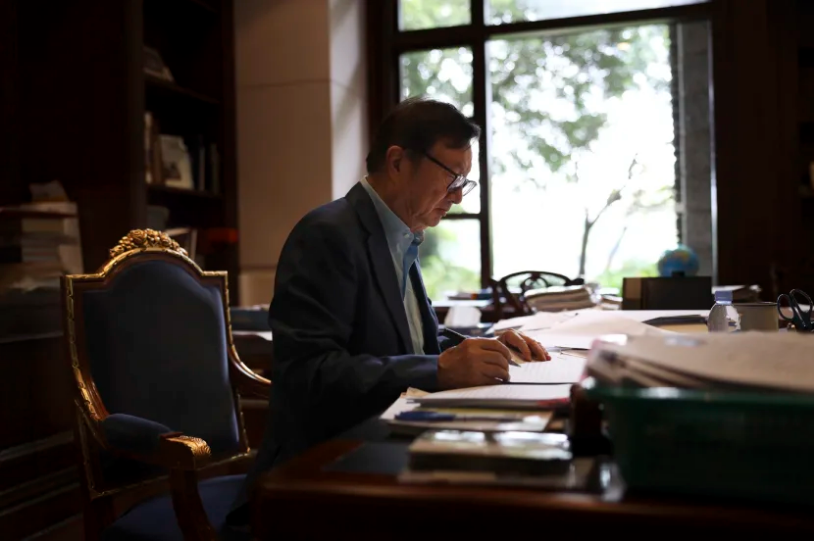 Why did Boris Johnson change his mind?

Due to the firm's use of US-made microchips, Britain's security agencies were "certain" they could vet Huawei's equipment and avert any threat.

But following US sanctions banning Huawei from using the American products, the Chinese firm will have to use untrusted microchips, making security risks much more difficult to control.

Huawei Vice President Victor Zhang said the consequences of the sanctions were as yet unclear.

“We are working closely with our customers to find ways of managing the proposed US restrictions so the UK can maintain its current lead in 5G," Mr Zhang said.

The sanctions are forcing Huawei to produce their own chips, most likely from China, and the National Cyber Security Centre - which assesses the threat of tech firms to the UK - advised ministers they could no longer guarantee to nullify the risk.

Culture Secretary Oliver Dowden said US sanctions on Huawei were likely to have a "significant impact" on the firm's ability to play a role in the UK's 5G network.

And Bob Seely, one of several Tory MPs opposed to the firm, said “the sanctions have changed the dynamic."

Asked whether it would impact on his decision to allow Huawei to be used in Britain’s 5G network, Mr Johnson said: “The position is very, very simple: I’m not going to get drawn into sinophobia because I’m not a sinophobe.

“But on the other hand I do want to see our critical national infrastructure properly protected from hostile state vendors and so we need to strike that balance and that’s what we’ll do."

What does Huawei say about the ban?

Huawei said the decision to ban it from 5G means "bad news for anyone in the UK with a mobile phone" and "threatens to move Britain into the digital slow lane".

Its UK spokesman claimed to move is likely to "push up bills and deepen the digital divide".

"Instead of ‘levelling up’ the government is levelling down and we urge them to reconsider," said Ed Brewster.

The firm says it is "confident" the new US restrictions would "not have affected the resilience or security of the products we supply to the UK".

Mr Brewster said the firm's future in the UK had been "politicised" and claimed the move is "about US trade policy and not security".

He added: "Over the past 20 years, Huawei has focused on building a better connected UK. As a responsible business, we will continue to support our customers as we have always done.

"We will conduct a detailed review of what today’s announcement means for our business here and will work with the UK government to explain how we can continue to contribute to a better connected Britain."

What does China say?

The Chinese ambassador to the UK, Liu Xiaoming branded the Government’s announcement on Huawei “wrong”.

He tweeted: “Disappointing and wrong decision by the UK on Huawei.

“It has become questionable whether the UK can provide an open, fair and non-discriminatory business environment for companies from other countries.”

The China Britain Business Council said Britain "risks falling behind in the global race to introduce and exploit this vital technology".

It added: "We understand that the intelligence agencies’ underlying assessment of Huawei’s involvement in 5G has not changed. If this is right, this decision is a response to assertive US trade policy rather than to any real or perceived problem with Huawei products."

Mr Xiaoming previously said any move to ban Huawei would send out a "very bad message to other Chinese businesses".

"But if you want to make China a hostile country, you will have to bear the consequences."

Speaking at a virtual press briefing in London, Liu Xiaoming said “you cannot have a golden era if you treat China as an enemy”. 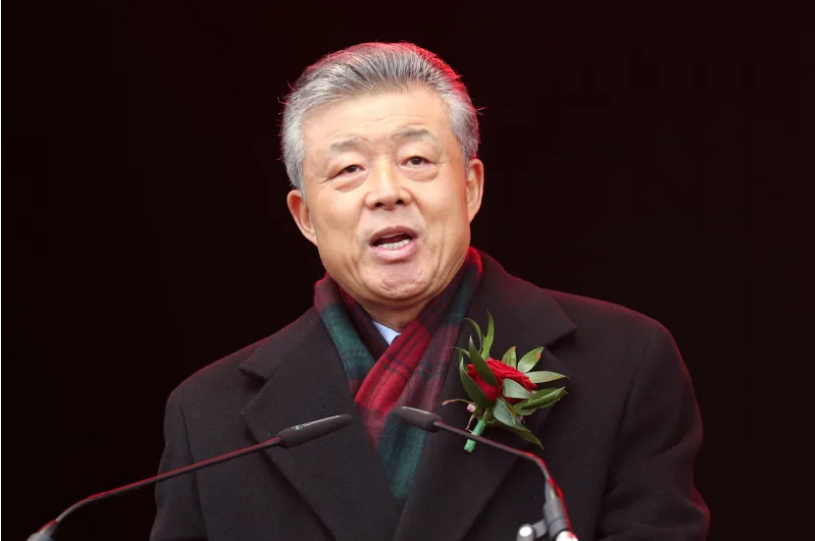 Is it possible to ban Huawei from the UK?

The boss of BT has warned that it would be "impossible" to strip Huawei products out of the UK's telecommunications network within the next decade.

He also warned of "outages" and possible security risks if the sector was told to curtail all business with the Chinese technology giant during the building of the 5G network upgrade.

Philip Jansen, chief executive of BT, told BBC Radio 4's Today programme: "Huawei has been in the telecoms infrastructure for about 20 years and a big supplier to BT and many others in the UK telecoms industry.

"It is all about timing and balance.

The industry would want to be given a seven-year window to rip out Huawei from the 5G network but Mr Jansen said "we could probably do it in five".

Will my phone stop working if Huawei is banned?

Mr Dowden admitted the move to ban Huawei "will have real consequences for the connections on which all our constituents rely.”

Both BT and Vodafone have warned the Science and Technology Select Committee that the removal of Huawei from the UK would cause "disruption" to people's mobile phones.

Andrea Dona, Vodafone UK's head of networks, said it would be "highly disruptive" if his firm was forced to remove Huawei within two years.

He said customers could "lose their signal" if a swift rip-out was forced, in some circumstances for a "couple of days".

BT's Howard Watson, the firm's chief technology and information officer, said ripping out Huawei within two years and swapping it with other tech would "literally mean blackouts for customers on 4G and 2G, as well as 5G, throughout the country as we were to build that in.

"So we would definitely not recommend that we go down that route.”

Mr Dona said it would cost Vodafone "billions to change our current infrastructure".

Mr Jansen told the BBC that "outages would be possible" if BT was forced to quickly replace Huawei. 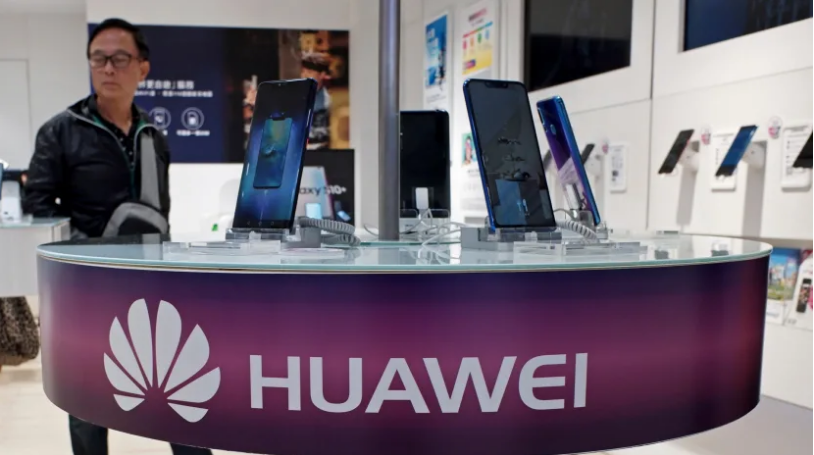 "We need to make sure that any change of direction doesn't lead to more risk in the short-term - I think that's where the detail really matters.

What will happen to my Huawei phone if the firm is banned?

It's not yet clear exactly what implications a ban would have on Huawei handsets in the UK, but with the firm already banned from trading with US, there is a model to work from.

The main consequence of Huawei's ban in America is that it's new releases are not allowed to be preloaded with Google apps.

It may not seem too drastic until you consider the plethora of Google apps on any phone that many users now view as essential.

Apps like Maps and YouTube, the Google Play Store or Google Assistant are not allowed on new Huawei handsets.

But Huawei phones produced before the ban are still able to have the apps installed and they can be updated as normal.

What about 2G, 3G, 4G and full fibre broadband?

The firm has operated in the UK for more than 20 years and played an integral role in the rollout of the 2G, 3G and 4G networks.

Huawei equipment will be allowed to remain within the infrastructure for these networks as US sanctions do not affect them and tech used prior was more easy to monitor.

Providers of full fibre broadband will be told transition away from new Huawei equipment and will be allowed a two year transition period.

The government's aim of full fibre broadband being available across the UK by 2025 remains in place.

Is Covid-19 changing our relationships? By Yi-Ling Liu As many countries around the world begin to emerge from lockdown,…

Why some people risk everything to be whistleblowers By Catherine A Sanderson Some people are able to challenge bullying,…