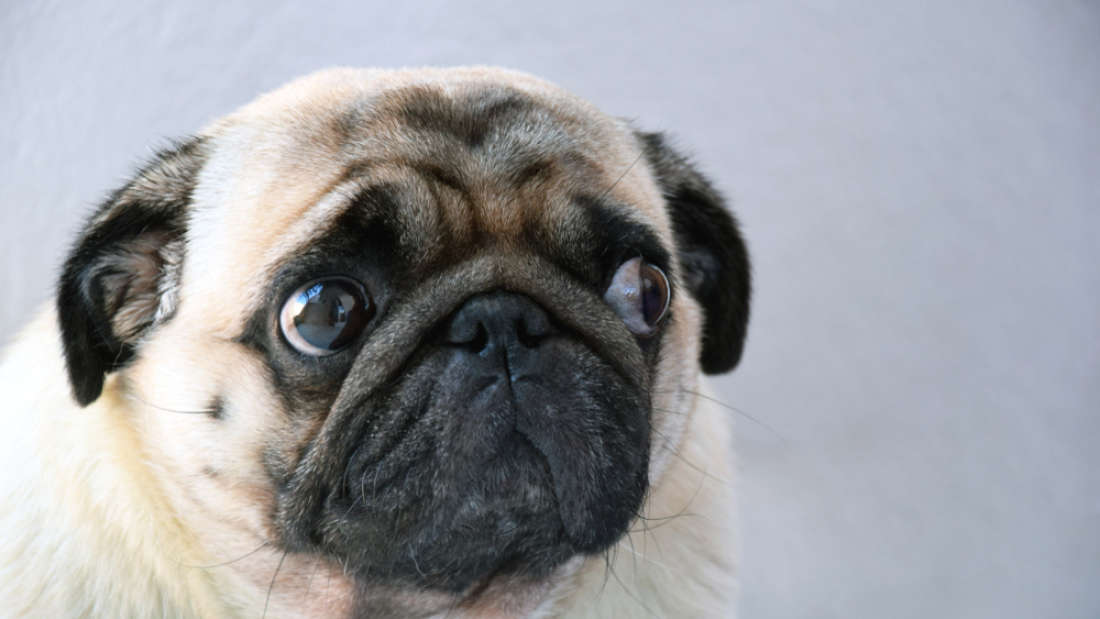 When it comes to choosing our furry companions, many of us stick to the rule the cuter the better. There’s just one tiny problem. Animals bred to have super-cute looks often suffer ill health – sausage dogs have bad backs, munchkin cats are prone to heart problems, and pugs struggle to breathe.

A recent viral image brings the latter to our attention, specifically how messed up pugs have become thanks to human intervention. Actor and comedian Andy Richter recently posted a picture to Twitter captioned “My friend’s pug went to the vet”, garnering over 130,000 likes. The image shows an MRI scan of a pug’s face and it’s, well, pretty bizarre to say the least.

“If you were to get a pug head cake and cut it to take a look down the middle, that is what you are looking at,” London-based vet Dr Rory Cowlam told the Independent. “This is a slice at the level of the eyes, looking head-on at the pug, just 2 or 3 inches further back.” 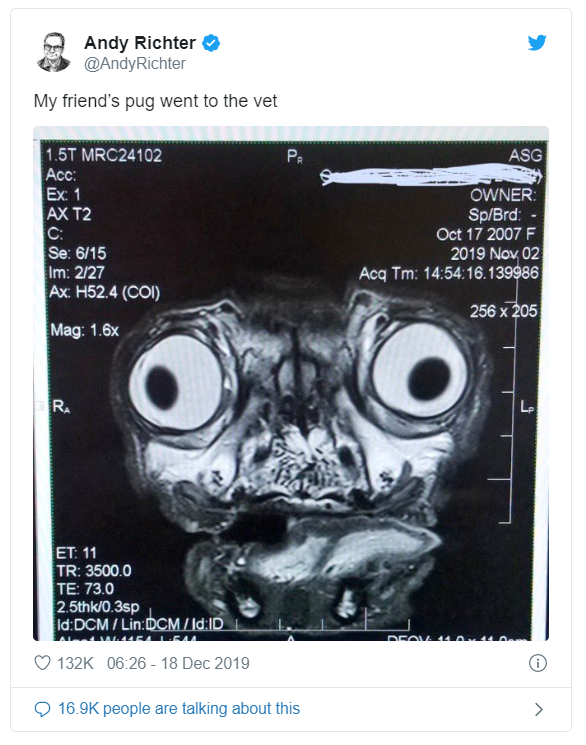 Many people commented on how the scan is somehow totally adorable while also being terrifying, while others expressed sympathy for the squishy-faced little guy.

It may be hard to fathom, but pugs are dogs. You know, those long-snouted, statuesque canines descended from wolves. But pugs don’t look much like dogs – or wolves – at all. Their eyes bulge from their tiny heads, their noses are entirely flat, and their tongues dangle loosely as they don’t properly fit inside their mouths. Years of selective breeding by humans to get the “cutest” pugs possible – those with the smooshiest faces and widest eyes – has resulted in a breed far away from what a dog should be.

While pugs’ ugly-cute look might make them irresistible to cooing humans, their appearance comes with some serious health problems that make for a lifetime of suffering. They are prone to breathing problems – ever noticed one snorting and wheezing? – eye problems due to excessive skin around their eyes, knee cap issues that require surgery to fix, allergies, epilepsy, lack of blood flow to the head, back problems, and difficulty giving birth.

Vets have previously called for pugs and bulldogs (another squishy-faced breed) to be banned, stating that breeding the animals is unethical because they suffer so many health afflictions.

“We have, through human selection, bred them to look more like a human baby because we find that cute,” Dr Cowlam told the Independent. “But unfortunately that cute look is not very good for the animal.”

When searching for the perfect pooch, it’s essential to properly research the breed you choose to try to ensure your pet won’t be dogged by a list of health complaints. Always buy from a responsible breeder or, even better, rescue a pup in need of a loving home.

What If Earth Stopped Turning? Written by Matthew R. Francis Earth is spinning on its axis, completing one rotation…

This year, space stole all the headlines. Here are our favorite stories We Instagrammed a black hole, crash-landed tiny…