What If Earth Stopped Turning?

Earth is spinning on its axis, completing one rotation every 23 hours, 56 minutes, and 4.1 seconds. That spin brings us day and night, makes stars appear to rise and set, and contributes to the general habitability of our planet. Rotation plays a role in the tides, along with the circulation of the atmosphere and oceans. So what would happen if Earth stopped rotating? Don't worry about "how" or "why"; just think about the end result. The consequences tell us a lot about how our planet functions — as well as other worlds in the galaxy.

First, what specifically do we mean by Earth's rotation? All motion, including rotation, is relative to something else. That 23-hour-and-change figure we mentioned above is how long it takes Earth to spin relative to distant stars. That's known as the "sidereal day," and it's the amount of time it takes for a star to return to the same position in Earth's sky. We usually measure the length of a day relative to the Sun, because that's what matters more to us; that "solar day" is about four minutes longer than the sidereal day because Earth is orbiting the Sun as it spins.

What that implies is that stopping Earth's rotation really means stopping its sidereal spin. Many science museums and other big buildings have Foucault pendulums: heavy weights hung from the ceiling on very long cables, surrounded by a ring of pins. As the pendulum swings, it knocks down pins, and over time, those swings shift little by little until they clear most of the circle. Foucault pendulums are a simple way to demonstrate Earth's sidereal rotation: If Earth wasn't spinning, the pendulum would simply swing back and forth, only knocking over two pins.

That's probably the least dramatic consequence of stopping sidereal rotation. Earth would still rotate relative to the Sun: The Sun would rise and set, but it would take a full year. That is, a solar day would be as long as 365 days are today. The consequences of spending much of the year in total darkness or total daylight would be dramatic for climate: The night side of the planet would freeze, while the daytime side would get very hot.

That's just talking about the effects of sunlight. However, Earth's atmosphere rotates with the planet, thanks to inertia (air has weight) and friction with the ground. Exposure to sunlight heats the surface and the air above it. Warm air rises, cool air sinks, and sidereal rotation helps drive temperature variation across the planet. One consequence is the Coriolis effect, where Earth's spin drives large-scale ocean and air currents into circulating patterns: the trade winds, westerlies, and other phenomena. If Earth didn't rotate, most of these patterns would vanish, disrupting the entire system of currents and winds.

Even the tides would be affected. Our Moon raises high tides on opposite sides of Earth, and sidereal rotation makes those tides move across the planet. If Earth stopped spinning but the Moon kept orbiting, the tides would only change over every 27 sidereal days, which is the length of one lunar orbit. 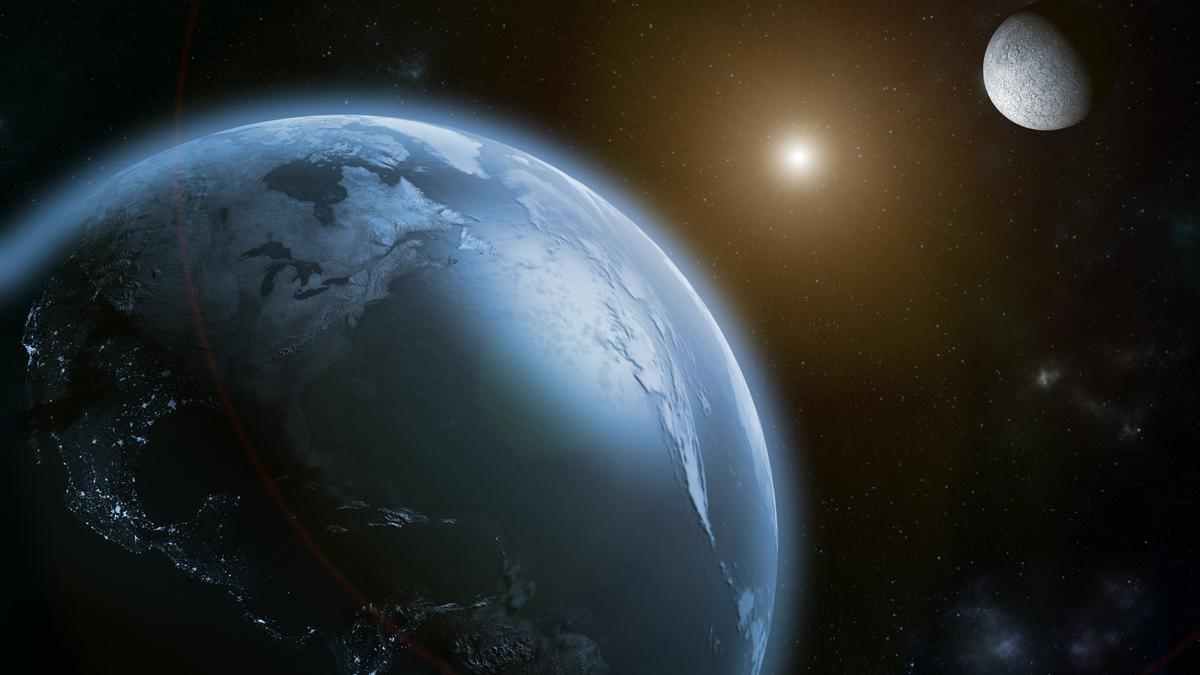 It would be very difficult to stop Earth's rotation: The planet has a lot of momentum. However, the Moon is doing its best, through the same force that creates the tides. The Moon's gravity pulls harder on one side of Earth than the other, which over the past 4.5 billion years has slowed Earth's spin. About 1.4 billion years ago, scientists estimate Earth's day was only roughly 18 hours long. Given a very long time, Earth's rotation will slow to match the Moon's orbital period, and the sidereal day would be as long as 27 days today.

Earth actually did the same thing to the Moon already, slowing its spin until it presents the same face to us all the time. This phenomenon is called "tidal locking" and it's pretty common. Many moons in the solar system are tidally locked to their homeworlds. Pluto and its largest moon Charon are mutually tidally locked, for example, so the same side of each world always faces the other.

Many known exoplanets are also tidally locked to their host stars. If Earth did that, one side would have perpetual sunshine and the other would have eternal night, and the sidereal day would last a year. Since tidally locked exoplanets seem to be common around stars smaller than the Sun, astronomers are trying to understand whether they could be habitable. (Charlie Jane Anders' excellent science fiction novel "The City in the Middle of the Night" is set on such a world.)

In other words, stopping sidereal rotation isn't realistic, but a lack of rotation relative to the Sun is the kind of thing that happens all the time. In those cases, all those questions about air circulation on a non-rotating Earth become very important: With one side perpetually heated and the other side in permanent darkness, it's possible that some parts of the planet could be livable. The others? Not so much.

Golden blood: The rarest blood in the world We explore the history of blood types and how they are…