Young people who are hooked on their smartphones may be at an increased risk for depression and loneliness, according to a new study from the University of Arizona.

A growing body of research has identified a link between smartphone dependency and symptoms of depression and loneliness. However, it's been unclear whether reliance on smartphones precedes those symptoms, or whether the reverse is true: that depressed or lonely people are more likely to become dependent on their phones. 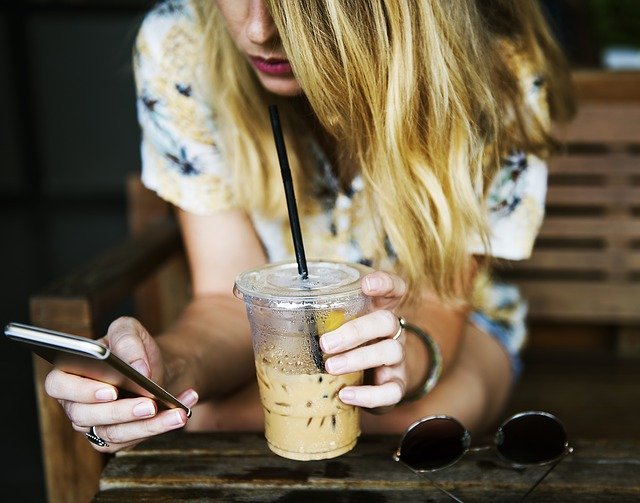 In a study of 346 older adolescents, ages 18-20, researcher Matthew Lapierre and his collaborators found that smartphone dependency predicts higher reports of depressive symptoms and loneliness, rather than the other way around.

"The main takeaway is that smartphone dependency directly predicts later depressive symptoms," said Lapierre, an assistant professor in the Department of Communication in the College of Social and Behavioral Sciences. "There's an issue where people are entirely too reliant on the device, in terms of feeling anxious if they don't have it accessible, and they're using it to the detriment of their day-to-day life."

In the study, which will be published in the Journal of Adolescent Health, Lapierre and his co-authors focus on smartphone dependency -- a person's psychological reliance on the device -- rather than on general smartphone use, which can actually provide benefits.

"The research grows out of my concern that there is too much of a focus on general use of smartphones," Lapierre said. "Smartphones can be useful. They help us connect with others. We've really been trying to focus on this idea of dependency and problematic use of smartphones being the driver for these psychological outcomes. "

Understanding the direction of the relationship between smartphone dependency and poor psychological outcomes is critical for knowing how best to address the problem, said communication master's student Pengfei Zhao, who co-authored the study with Lapierre and communication doctoral student Benjamin Custer.

The researchers measured smartphone dependency by asking study participants to use a four-point scale to rate a series of statements, such as "I panic when I cannot use my smartphone."

Participants also answered questions designed to measure loneliness, depressive symptoms and their daily smartphone use. They responded to the questions at the start of the study and again three to four months later.

The study focused on older adolescents, a population researchers say is important for a couple of reasons: First, they largely grew up with smartphones. Second, they are at an age and transitional stage in life where they are vulnerable to poor mental health outcomes, such as depression.

"It might be easier for late adolescents to become dependent on smartphones, and smartphones may have a bigger negative influence on them because they are already very vulnerable to depression or loneliness," Zhao said.

Given the potential negative effects of smartphone dependency, it may be worth it for people to evaluate their relationship with their devices and self-impose boundaries if necessary, the researchers said.

Looking for alternative ways to manage stress might be one helpful strategy, since other research has indicated that some people turn to their phones in an effort to relieve stress, Zhao said.

"When people feel stressed, they should use other healthy approaches to cope, like talking to a close friend to get support or doing some exercises or meditation," Zhao said.

Smartphones are still a relatively new technology, and researchers across the globe continue to study how they're affecting people's lives. Lapierre said now that researchers know that there is a link between smartphone dependency and depression and loneliness, future work should focus on better understanding why that relationship exists.

"The work we're doing is answering some essential questions about the psychological effects of smartphone dependency," he said. "Then we can start asking, 'OK, why is this the case?'"

By Spooky Hong Kong is famous for its expensive nano-flats, but one property developer recently made international headlines for…