The spacecraft should reach Mars in February 2021 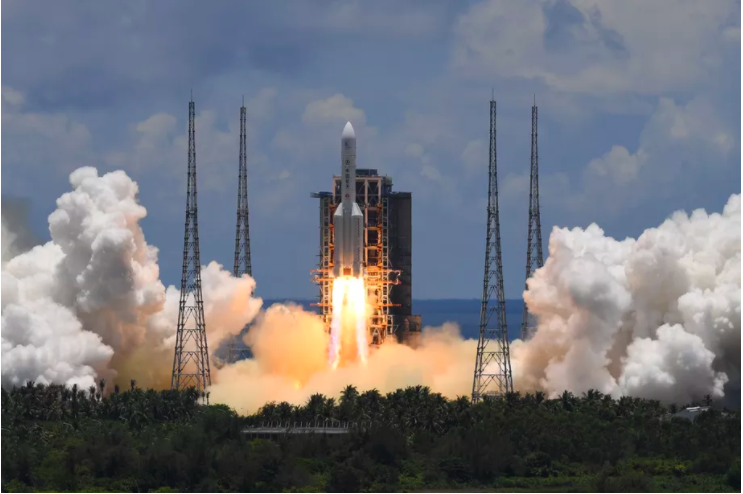 Tianwen-1 launching on a Long March 5 rocket from China

China has successfully launched its first major interplanetary mission to Mars. The launch begins a long seven-month journey through deep space, and once the mission reaches the Red Planet, China could become just the second nation ever to land and operate a rover on the Martian surface.

Called Tianwen-1, China’s mission consists of a Martian orbiter, lander, and rover. The trio launched on top of the Long March 5 from China’s Wenchang Spacecraft Launch Site in the early morning hours of July 23rd. The Long March 5 is one of China’s most powerful rockets, and this mission marked just the fourth launch ever for this type of vehicle. 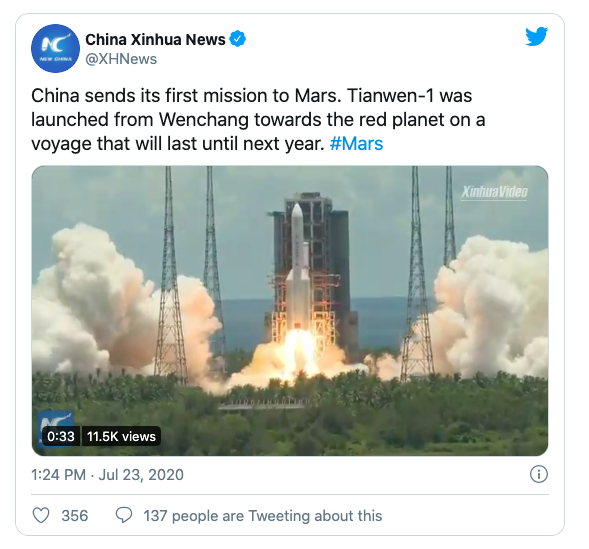 Once they reach the Red Planet, all three spacecraft will work in tandem to study the geology of Mars and learn more about what might be lurking underneath the planet’s surface. While the orbiter will map and image Mars from above, the lander and rover will eventually make the nightmarish plunge down to the surface of Mars. If they make it to the ground intact, the lander will act as a delivery platform, providing a ramp for the rover to roll away and traverse the Martian terrain. 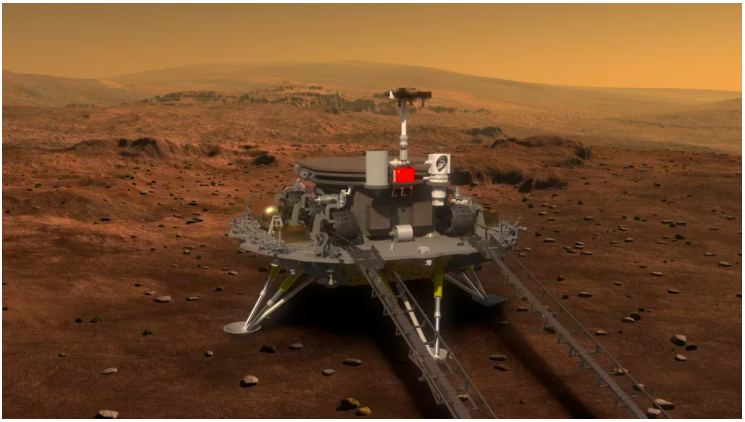 An artistic rendering of the Tianwen-1 rover and lander on the surface of Mars Photo: Xinhua via Getty Images

Only the United States has been able to successfully land robotic spacecraft on Mars that can explore the surface. In fact, no other nation has had much success with landing anything on Mars. Europe has tried twice to land spacecraft on Mars, failing both times. The Soviet Union’s Mars 3 spacecraft did land in 1971 and communicated for about 20 seconds before going dark unexpectedly. If China’s landing is successful, it will have pulled off a feat that only NASA has mastered, elevating the nation into an elite tier of the global space community.

Tianwen-1 is actually the second mission headed to Mars this summer. The United Arab Emirates also launched its first interplanetary mission on July 19th, sending an orbiter called Hope to Mars that will study the planet’s weather. Next up is NASA, which is on track to launch its next Martian rover on July 30th. Called Perseverance, the rover is designed to look for signs of past life on Mars, as well as dig up samples of Martian dirt that may be returned to Earth one day for study.

Ant Group, Jack Ma's little-known $200 billion Chinese fintech firm, is gearing up for what could be one of…