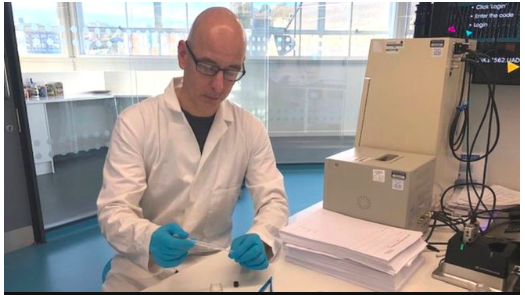 Creating genetically-modified babies is both ethically justifiable and "highly desirable", according to an Abertay University bioethicist.

Dr Kevin Smith claimed the risks of gene editing were now low enough to justify its use with human embryos.

Dr Smith said an "ethically-sound attempt" could be less than two years away.

China said he had acted illegally and "in pursuit of fame and fortune". 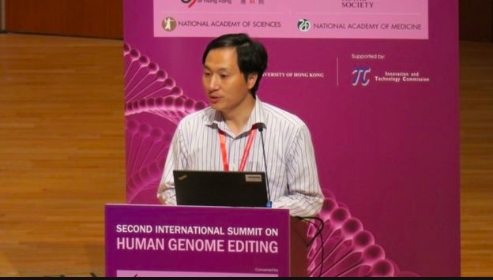 Scientists edited DNA in human embryos, which had been donated by couples who no longer needed them for IVF, for the first time in the UK in 2017.

Writing in the journal Bioethics, Dr Smith said research in this area would offer hope to parents at risk of transmitting serious genetic disease to their future children.

Modern studies show that genetic modification is the only way to deal with multiple disease-associated genes within an embryo.

He said the human germline - cells spanning generations - was "by no means perfect", with evolution providing minimal protection from diseases that tend to strike in later years.

He said: "GM techniques offer the prospect of protecting future people against these and other common disorders.

"This has previously been achieved to an extent in GM experiments on animals."

He said that if common disorders could be avoided or delayed by genetically modifying humans, the average disease-free lifespan could be "substantially extended".

Dr Smith said that to win public trust, an ethical approach must be at the heart of any advances, as society was "largely opposed" to genetically modifying humans.

He said: "The negative publicity generated by the ethically-problematic first-ever production of GM babies in China last year was strongly criticised by most geneticists and ethicists, further hardening attitudes against the creation of so-called 'designer babies'."

The doctor said delaying an ethically-sound move to a world where genetic disease could be reduced, was failing people with debilitating conditions.

He said: "If such negative attitudes to biomedical innovation had prevailed in the 1970s, the development and use of IVF - a massively beneficial medical technology - would have been severely delayed, and indeed might never have come to fruition."

by Matt Rosenberg Which Languages Are Used the Most in the World Today? Martin Puddy/ Stone/ Getty Images There…

Posted Nov 11, 2019 Here are a few things to never do or say to someone with anxiety. Even…