By Jonas Grinevičius and Greta Jaruševičiūtė

We’re seeing people helping their neighbors and the local wildlife left and right in Australia. It’s a true testament to bravery that they’re putting the safety of animals above their own.

For example, the staff working at the Mogo Zoo in New South Wales protected all of their 200 animals from danger. The team set a very precise plan into motion. First of all, they removed everything flammable from the area. Secondly, they’d prepared hundreds of thousands of liters of water in advance. Thirdly, they relocated the larger animals to night enclosures. Zoo director Chad Staples, who called the situation “apocalyptic” and compared it to “Armageddon,” opened up his home to some of the smaller animals.

"Right now in my house there's animals of all descriptions in all the different rooms,” Staples told the media. Meanwhile one of the zookeepers even took a tiger home with them (temporarily, of course). 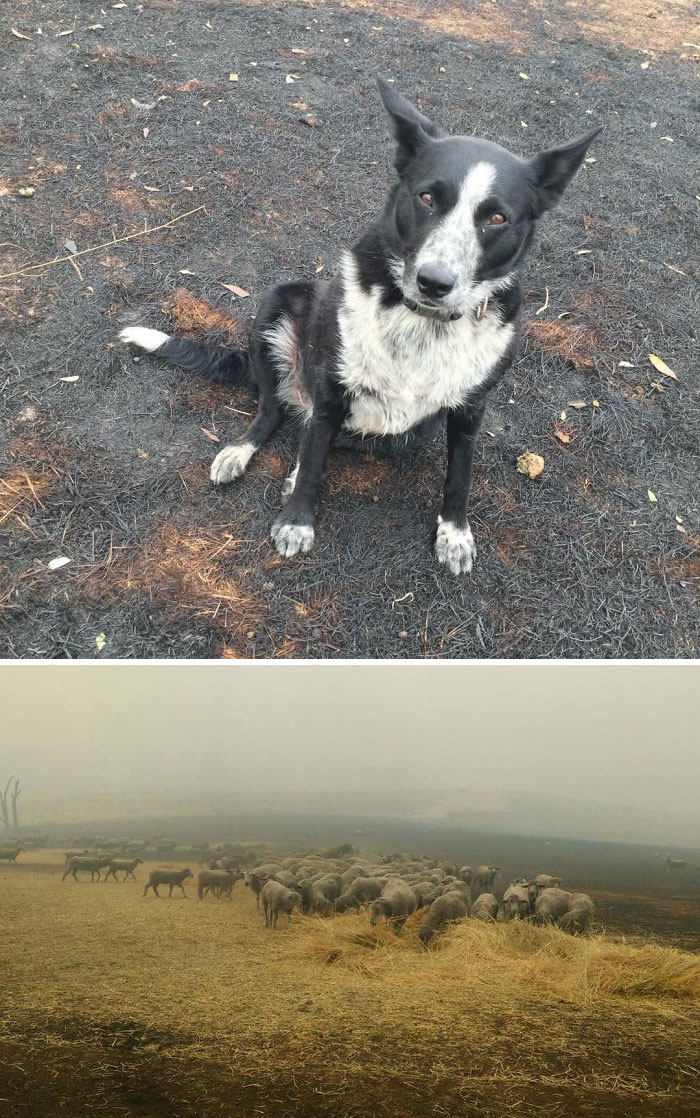 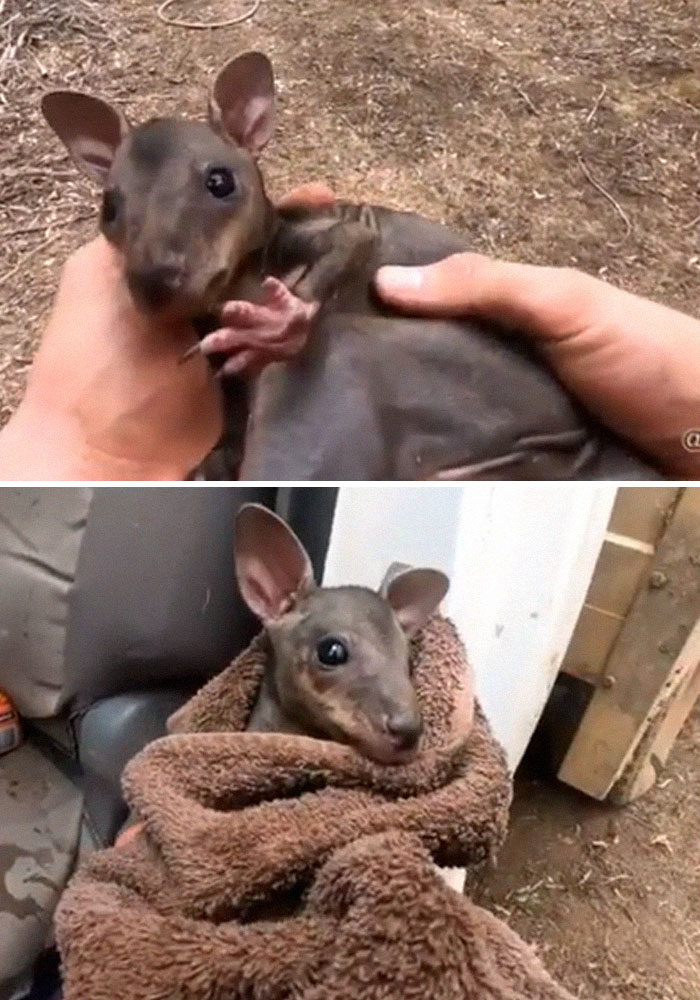 12、Weighing Less Than A Bag Of Sugar And Snug As A Bug In His Wee Knitted Pouch, This Adorable Koala Joey Called Haze Survived The Raging Australian Bushfires Thanks To The Extraordinary Efforts Of A Firefighter Who Saved Her Life 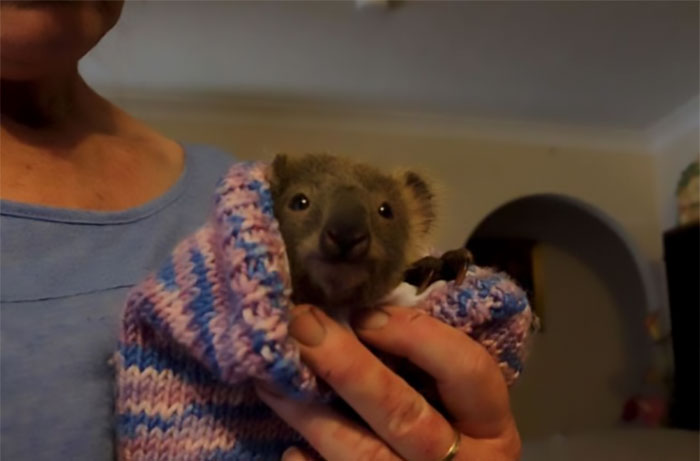 There’s also a place for laughter in the darkest of times (maybe even especially during them). Firefighters with the Urunga Rural Fire Service in New South Wales saved Paul Sekfy’s home from the blaze and left him a wholesome note: “It was our pleasure to save your house... P.S.— we owe you some milk.”

That’s right. The people who risked their lives to battle the elements apologized for drinking the man’s milk. Kale Hardie-Porter, who left the note, later had this to say to Sekfy: “I'm happy to know my note got to you in one piece! We took refuge in your house and that's when we discovered the fridge. It was our pleasure to do a little good in such horrendous conditions.” 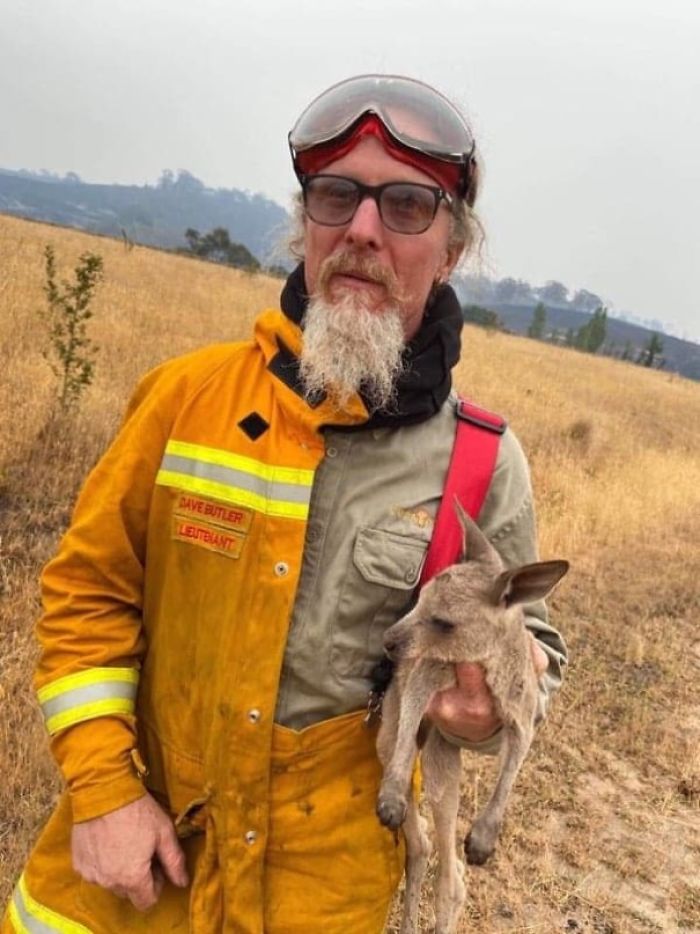 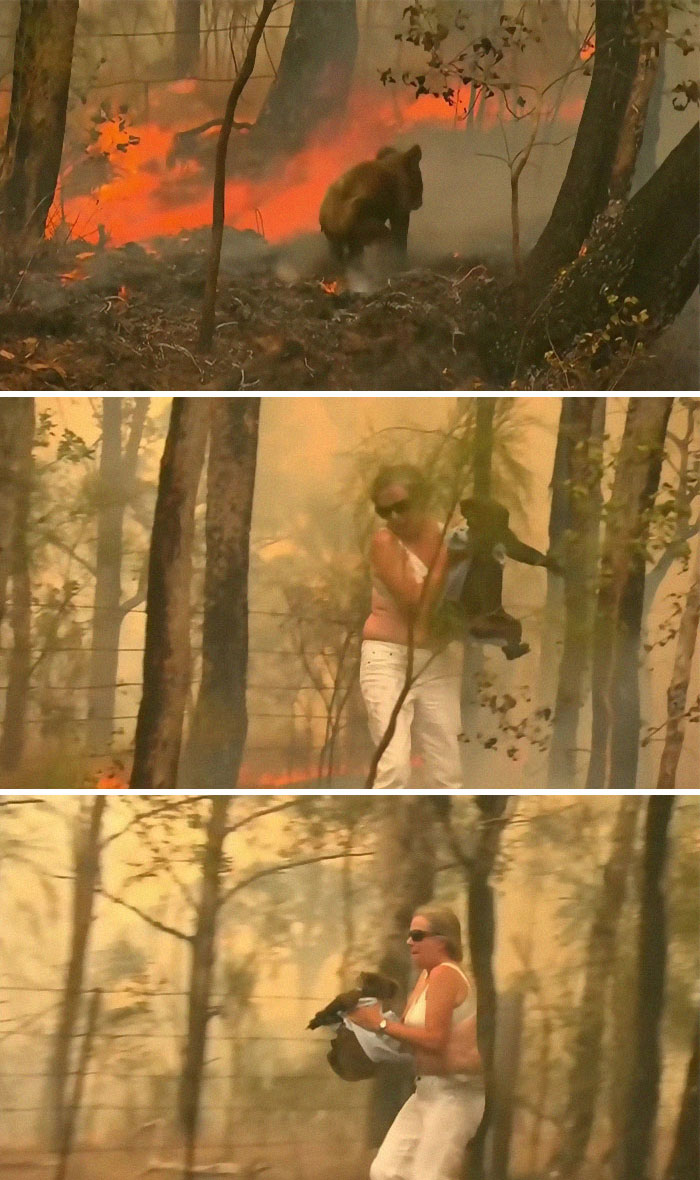 15、A Koala Drinks Water Offered From A Bottle By A Firefighter During Bushfires In Cudlee Creek, South Australia 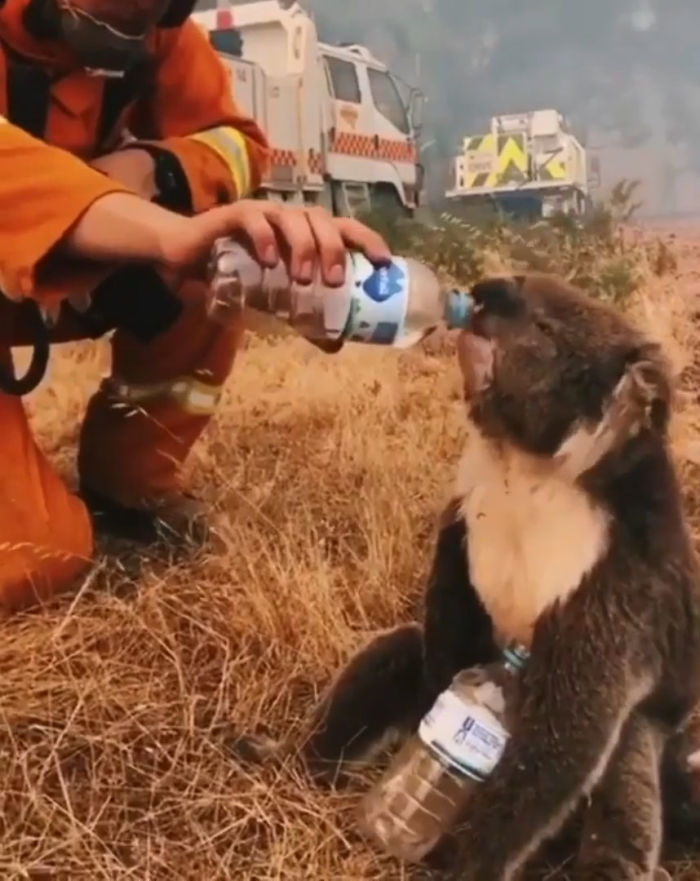 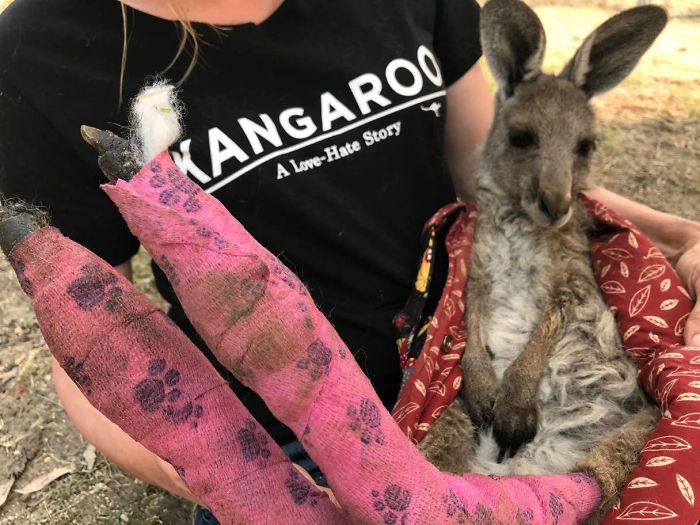 17、Over 600 Bats Were Transported From Caring Facilities Evacuated In New South Wales Due To Fire. Our Australia Zoo Wildlife Hospital Has Treated Over 100 Of These Beautiful Little Souls. I Wanted To Share With You Some Of The Sweet Faces That Are Getting A Second Chance At Life 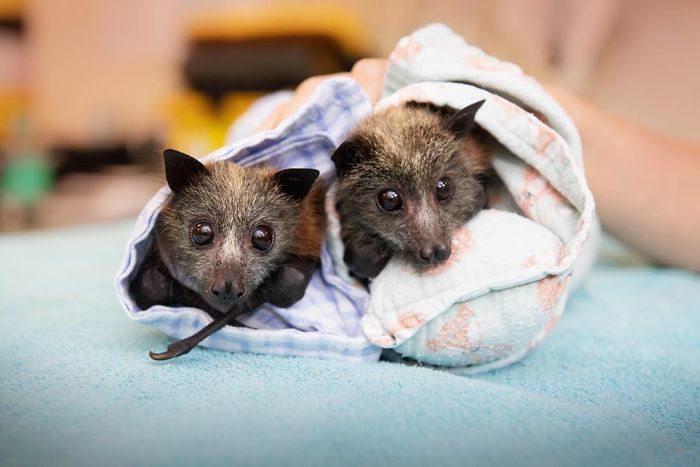 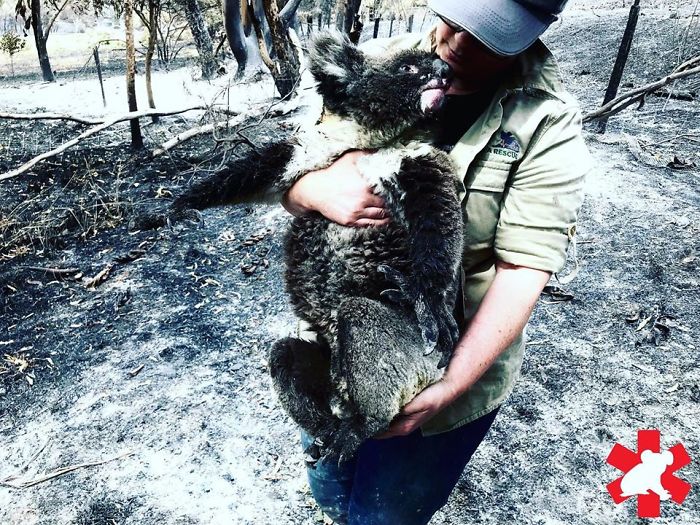 19、Wildlife Rescuer Simon Adamczyk Is Seen With A Koala Rescued At A Burning Forest Near Cape Borda On Kangaroo Island, Southwest Of Adelaide 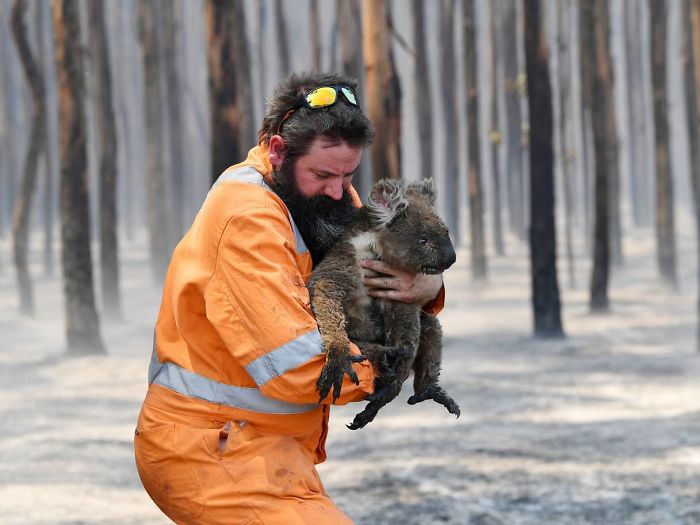 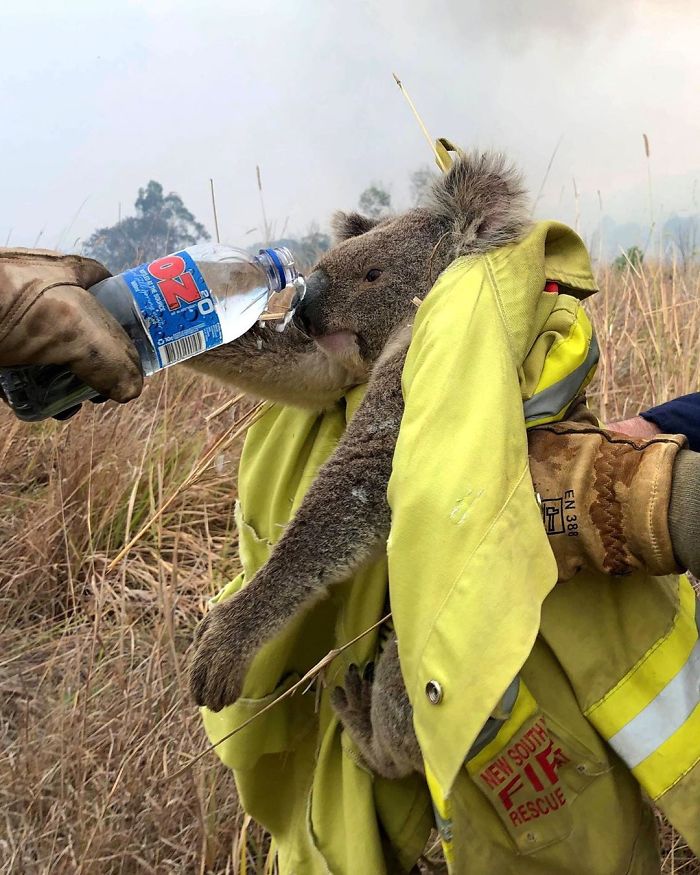 By Ben Taub Scottish dog walkers beware: There is a bridge in West Dunbartonshire that is said to have…