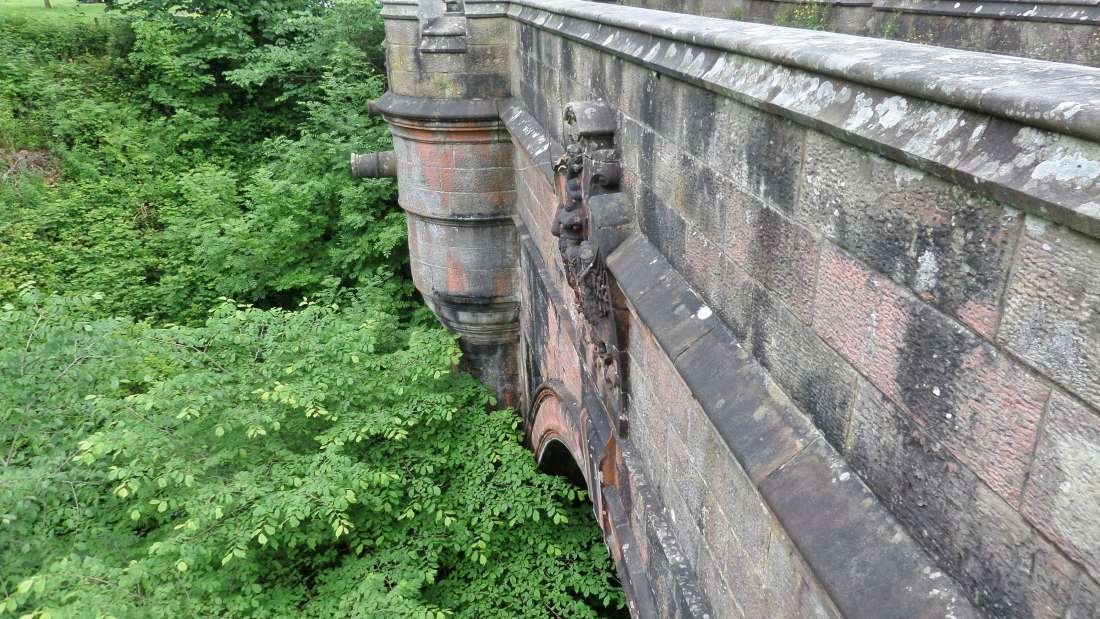 Scottish dog walkers beware: There is a bridge in West Dunbartonshire that is said to have a peculiar and often fatal effect on pet pooches, who have been inexplicably leaping into the gorge below since the 1950s. In that time, around 50 dogs are said to have met their end beneath this creepy crossing, with some reports estimating that a further 600 have miraculously survived after jumping off the bridge.

Built in 1895, the infamous Overtoun Bridge has been nicknamed Dog Suicide Bridge due to its grisly history, but the big question of why dogs keep throwing themselves over its parapet remains unanswered.

Unsurprisingly, a number of supernatural theories have been put forward, with a popular legend crediting the so-called White Lady of Overtoun as the culprit. The ghost is said to belong to the grieving widow of John White, whose father James built the nearby Overtoun House. Locals claim to have spotted the mournful spectre walking around the grounds, although what this has to do with dogs, and why it might cause them to jump into a deep gorge, is not entirely clear.

The current occupant of Overtoun House, Bob Hill, has offered a more realistic explanation, telling the New York Times that the scent of animals scurrying in the gorge beneath the bridge is enticing dogs to jump off inadvertently. “The dogs catch the scent of mink, pine martens or some other mammal and then they will jump up on the wall of the bridge,” Mr Hill said. “And because it’s tapered, they will just topple over.”

To test the robustness of this claim, animal behaviorist David Sands conducted an experiment as part of a TV documentary about the bridge, in which dogs were given the option of following the scent of either a mink, a squirrel or a mouse. Interestingly, 70 percent made a beeline for the mink, suggesting that the smell was indeed very attractive to them.

Yet no matter how enticing a scent, surely a dog wouldn’t be stupid enough to risk a 15-meter (50-foot) drop just for the chance to chase a stinky semiaquatic mammal. And given that minks live close to rivers and streams throughout Scotland, why wouldn’t this unusual phenomenon occur at other bridges too?

According to Sands, the reason may lie in the design of the bridge itself, which has parapets that are taller than most canines, meaning they can’t see that there is a drop on the other side. Enchanted by the scent of mink, dogs may be leaping over the parapets expecting to land on solid ground, only to discover a deadly drop.

As of yet, no theory has been proved correct, and the Scottish Society for the Prevention of Cruelty to Animals’ investigation into this odd occurrence has yielded no success.

So whether it’s mink, ghosts, or none of the above, it’s probably worth keeping your dog on a leash when crossing Overtoun Bridge.