Zebrafish could teach humans a lot about the science of sleep

Proper sleep is more important than you might think. 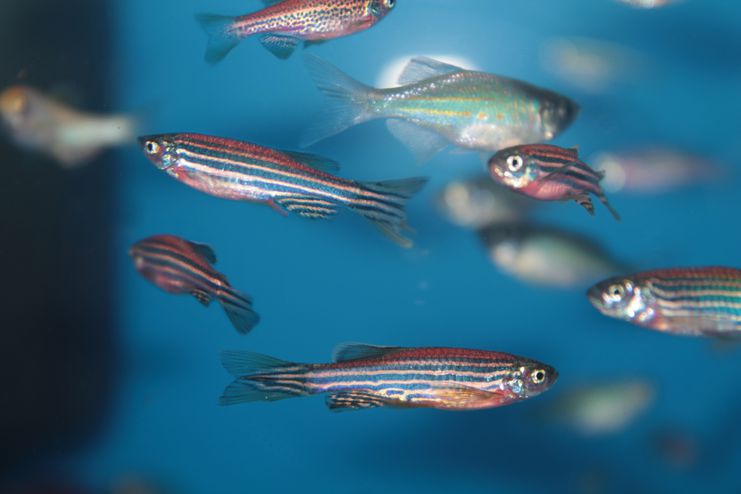 Zebrafish share similar sleeping patterns to humans, which is helping researchers understand the origins of sleep.

Coming up short on your recommended 7 hours of shut-eye? The consequences could be devastating. Not getting enough sleep can bust your metabolism and alter the behavior of your genes for years to come. Sleep deprivation is also directly related to some of America's most problematic diseases: obesity, type 2 diabetes, depression, and cardiovascular disease.

“Sleep disruption is not just a consequence” of illness, says Phillipe Mourrain, a neurobiologist at Stanford Center for Sleep Sciences and Medicine, “but it’s casual, part of the etiology.”

Mourrain is a molecular plant geneticist turned developmental biologist who now, in what he calls the “third phase of [his] scientific life”, studies sleep. Why? Because it happens across the animal kingdom. “From octopi, to insects, to vertebrates,” Mourrain says, we all sleep to survive. The question is, what happens in those lost hours that so important for all living creatures?

He's hoping to find the answers in some tiny, glowing fish. In a study published in Nature this week, Mourrain and his team report that zebrafish have two sleep signatures or phases, much like humans do. This suggests sleep—as humans experience it—has existed in the animal kingdom for more than 450 million years.

You’ve probably heard of the two phases of sleep in humans, often called REM (rapid eye movement) and non-REM. Non-REM or slow-wave sleep is a deep slumber where brain activity is slow and synchronized and muscles are totally relaxed. REM, on the other hand, is also called paradoxical sleep because it presents, well, a paradox: the brain is behaving as though it's awake. But the body—particularly the muscles—are extremely relaxed.

Humans and zebrafish share the behavior of sleep. But when you zoom in and look at the brain’s activity, Mourrain asks: What’s similar and, also, what’s different?

Zebrafish are tiny, transparent vertebrates. They are easily raised in large quantities, comparable to humans (also vertebrates) and you can watch physiological processes happen in real time through their transparent skin. They’re considered a model organism, perfect for sleep research. Unlike mice and rats, which are nocturnal, zebrafish are diurnal like humans: they sleep at night and are awake during the day.

Mourrain’s team developed a technique to scan the entire zebrafish. They inserted a gene into a strain of zebrafish which allows the fish to express a fluorescent protein. The protein only fluores when calcium in the cell increased (a proxy for increased physiological activity). So the more active a fish’s muscle, brain, heart or eye-lids the more they flashed.

“We did whole brian recording”, says Mourrrain. “Every single cell in the fish brain is being recorded as well as [in the] body muscle.”

They found that sleep reduces overall brain activity in zebrafish as it does in humans. There were also two distinct phases, one of which involved slow synchronized activity of the neurons as we see in human slow wave sleep. The second phase didn’t involve any rapid eye movement, says Mourrain, so you couldn’t call it REM. But it was similarly paradoxical in that the fish showed brain activity without muscle movement.

Mourrain and his team hope that further research on these similarly-slumbering creatures can help unlock the secrets of human shut-eye, which could help us stay healthier and happier.

“There’s no aspect of health or physiology that’s not impacted by sleep,” says Paul Shaw, a neuroscientist at Washington University who studies sleep in fruit flies. “Metabolism is amazingly affected by sleep: one hour less sleep a day [than recommended] and it blows out your metabolism and you can present as pre-diabetic.”

Shaw is referring to a study where 10-year-olds who got one hour less than the recommended 10 hours of sleep had a higher risk of type two diabetes. Another study showed just one all-nighter can alter the way your genes behave for years to come. And animal studies as far back as 1894 suggest that long term sleep deprivation results in death.

“The neurons in your [human] brain are the same from birth to death more or less. You are born with them and you are going to die with them,” says Mourrain. “They need to be cherished and taken care of over decades, and very likely sleep is that period when we take care of our brain.”

This work is a “new strategy to more precisely define sleep,” says Shaw. Now that there’s established commonality between zebrafish and humans, Mourrain wants to look beyond sleep as a behavior and figure out what it is at the cellular, molecular, and genetic level.

In sleeping mice, there is evidence the brain is busy removing toxic byproducts, repairing DNA, and restoring connections between neurons. Mourrain suspects similar processes are at work in humans, and likely many other forms metabolic and neurological housekeeping, but we don't have the direct evidence yet. Whatever's going on in sleeping cells, Mourrain says, it's essential to life across the entire animal kingdom.

The takeaway, says Mourrain, “is that humans aren’t that special.” Our DNA is 80 to 90 percent identical to that of the zebrafish, he says. And thanks to these little glowing distant cousins, perhaps we can finally begin to understand how drifting off every night actually keeps us alive.