Germany Is Making Vaccinations Compulsory For All Children 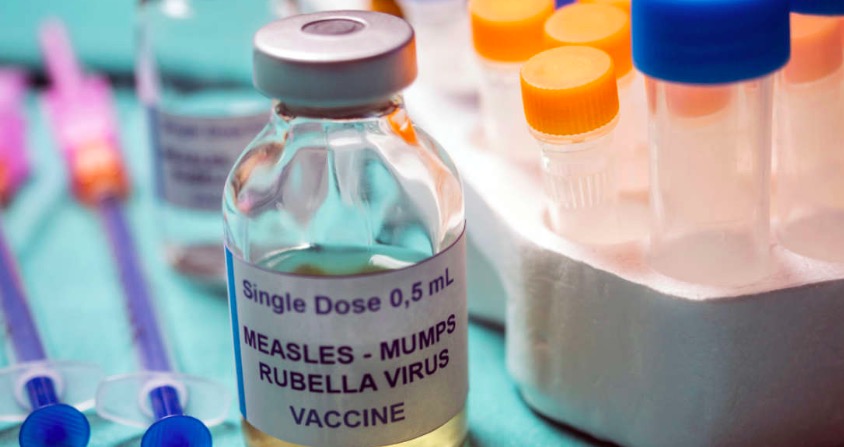 With outbreaks of measles continuing to pop up across Europe, Germany has passed a new law making vaccinations compulsory for kids.

The Measles Protection Act, which was adopted on July 17, 2019, will come into force on March 1, 2020. Parents will have to prove that their children have been vaccinated before entering school or kindergarten. Those who fail to provide their child’s vaccination records by July 31, 2021 could face fines of up to €2,500 ($2,800) and their kid could be barred from entering school.

The rule also applies for teachers, carers, doctors, and other adults working in community or medical facilities, who will need to prove they have had the required vaccinations to acquire immunity to the viral disease On top of that, the bill will also require asylum seekers and refugees to prove their vaccination status if they move into community accommodation.

“Whether in kindergarten, at the childminder or at school, we want to protect all children against measles infection,” Jens Spahn, Germany’s Health Minister, said in a statement.

Germany has good reason to take this action. Europe saw 82,596 new cases of measles in 2018, a staggering 15 times the record low in 2016. Germany was among the worst affected countries, with around 651 new measles cases being reported to the European Centre for Disease Prevention and Control (ECDC).

While a total 97 percent of first-graders have received a vaccine in Germany, some regions fall short of the desired quota at the federal level. Through this new law, German authorities hope to bump their coverage well above 95 percent, the level recommended by the World Health Organization to achieve a sturdy “herd immunity” against measles.

Also faced with an increasing number of measle outbreaks, a handful of other countries around the world have introduced mandatory vaccinations, including France, Italy, and Australia.

The primary cause of the recent European outbreaks is the “failure to vaccinate.” Although there are many factors behind this, it is noted that the growing distrust of vaccinations based on mainly online campaigns of misinformation is a significant contributor. This suspicion – based on the fact symptoms of autism first start to present around the ages 12 to 15 months, the same timeframe for important vaccines like MMR – can be easily traced back to the only paper to ever link the measles, mumps, and rubella (MMR) vaccine to the onset of autism, authored by Andrew Wakefield in 1998. The paper, once called “the most damaging medical hoax of the last 100 years," has since been retracted and wholly disproven. Wakefield has been banned from practicing as a doctor in the UK after being found guilty of “serious professional misconduct", including falsification of data, exploiting children, and conflict of interest through financial gain.

In the meantime, the death toll continues to rise. In 2017, the most recent year for which estimates are available, measles killed close to 110,000 people.