Golden blood: The rarest blood in the world

We explore the history of blood types and how they are classified to find out what makes the Rh-null type important to science and dangerous for those who live with it.
By KEVIN DICKINSON 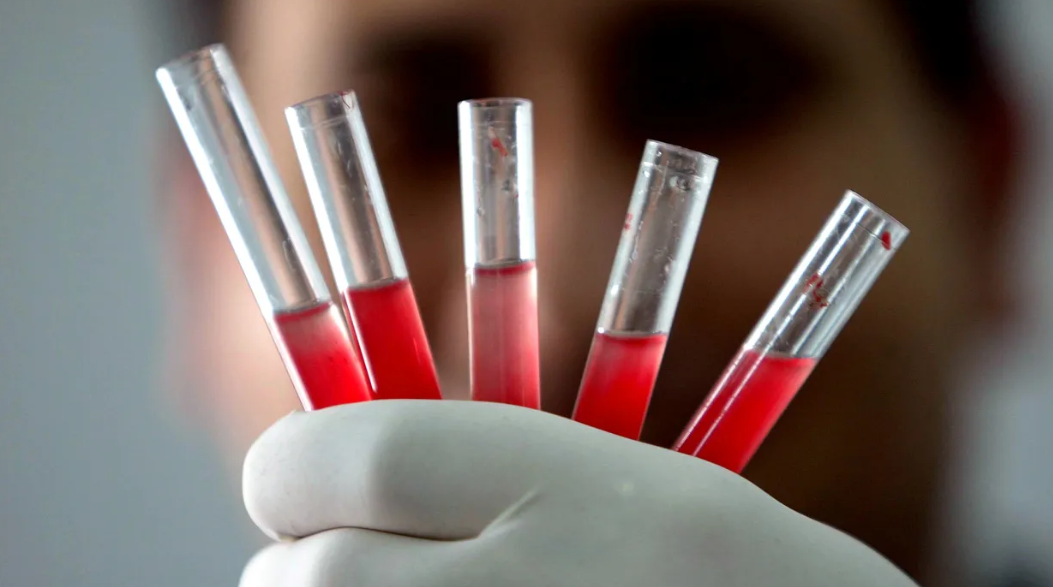 Golden blood sounds like the latest in medical quackery. As in, get a golden blood transfusion to balance your tantric midichlorians and receive a free charcoal ice cream cleanse. Don't let the New-Agey moniker throw you. Golden blood is actually the nickname for Rh-null, the world's rarest blood type.

As Mosaic reports, the type is so rare that only about 43 people have been reported to have it worldwide, and until 1961, when it was first identified in an Aboriginal Australian woman, doctors assumed embryos with Rh-null blood would simply die in utero.

But what makes Rh-null so rare, and why is it so dangerous to live with? To answer that, we'll first have to explore why hematologists classify blood types the way they do.

Our ancestors understood little about blood. Even the most basic of blood knowledge — blood inside the body is good, blood outside is not ideal, too much blood outside is cause for concern — escaped humanity's grasp for an embarrassing number of centuries.

Absence this knowledge, our ancestors devised less-than-scientific theories as to what blood was, theories that varied wildly across time and culture. To pick just one, the physicians of Shakespeare's day believed blood to be one of four bodily fluids or "humors" (the others being black bile, yellow bile, and phlegm).

Handed down from ancient Greek physicians, humorism stated that these bodily fluids determined someone's personality. Blood was considered hot and moist, resulting in a sanguine temperament. The more blood people had in their systems, the more passionate, charismatic, and impulsive they would be. Teenagers were considered to have a natural abundance of blood, and men had more than women.

Humorism lead to all sorts of poor medical advice. Most famously, Galen of Pergamum used it as the basis for his prescription of bloodletting. Sporting a "when in doubt, let it out" mentality, Galen declared blood the dominant humor, and bloodletting an excellent way to balance the body. Blood's relation to heat also made it a go-to for fever reduction.

While bloodletting remained common until well into the 19th century, William Harvey's discovery of the circulation of blood in 1628 would put medicine on its path to modern hematology.

Soon after Harvey's discovery, the earliest blood transfusions were attempted, but it wasn't until 1665 that first successful transfusion was performed by British physician Richard Lower. Lower's operation was between dogs, and his success prompted physicians like Jean-Baptiste Denis to try to transfuse blood from animals to humans, a process called xenotransfusion. The death of human patients ultimately led to the practice being outlawed.4

The first successful human-to-human transfusion wouldn't be performed until 1818, when British obstetrician James Blundell managed it to treat postpartum hemorrhage. But even with a proven technique in place, in the following decades many blood-transfusion patients continued to die mysteriously.

Enter Austrian physician Karl Landsteiner. In 1901 he began his work to classify blood groups. Exploring the work of Leonard Landois — the physiologist who showed that when the red blood cells of one animal are introduced to a different animal's, they clump together — Landsteiner thought a similar reaction may occur in intra-human transfusions, which would explain why transfusion success was so spotty. In 1909, he classified the A, B, AB, and O blood groups, and for his work he received the 1930 Nobel Prize for Physiology or Medicine.

It took us a while to grasp the intricacies of blood, but today, we know that this life-sustaining substance consists of:

Each component has a part to play in blood's function, but the red blood cells are responsible for our differing blood types. These cells have proteins* covering their surface called antigens, and the presence or absence of particular antigens determines blood type — type A blood has only A antigens, type B only B, type AB both, and type O neither. Red blood cells sport another antigen called the RhD protein. When it is present, a blood type is said to be positive; when it is absent, it is said to be negative. The typical combinations of A, B, and RhD antigens give us the eight common blood types (A+, A-, B+, B-, AB+, AB-, O+, and O-).

Blood antigen proteins play a variety of cellular roles, but recognizing foreign cells in the blood is the most important for this discussion.

While our immune systems are thorough, they are not too bright. If a person with type A blood receives a transfusion of type B blood, the immune system won't recognize the new substance as a life-saving necessity. Instead, it will consider the red blood cells invaders and attack. This is why so many people either grew ill or died during transfusions before Landsteiner's brilliant discovery.

This is also why people with O negative blood are considered "universal donors." Since their red blood cells lack A, B, and RhD antigens, immune systems don't have a way to recognize these cells as foreign and so leaves them well enough alone.

How is Rh-null the rarest blood type?

Let's return to golden blood. In truth, the eight common blood types are an oversimplification of how blood types actually work. As Smithsonian.com points out, "[e]ach of these eight types can be subdivided into many distinct varieties," resulting in millions of different blood types, each classified on a multitude of antigens combinations.

Here is where things get tricky. The RhD protein previously mentioned only refers to one of 61 potential proteins in the Rh system. Blood is considered Rh-null if it lacks all of the 61 possible antigens in the Rh system. This not only makes it rare, but this also means it can be accepted by anyone with a rare blood type within the Rh system.

This is why it is considered "golden blood." It is worth its weight in gold.

As Mosaic reports, golden blood is incredibly important to medicine, but also very dangerous to live with. If a Rh-null carrier needs a blood transfusion, they can find it difficult to locate a donor, and blood is notoriously difficult to transport internationally. Rh-null carriers are encouraged to donate blood as insurance for themselves, but with so few donors spread out over the world and limits on how often they can donate, this can also put an altruistic burden on those select few who agree to donate for others. 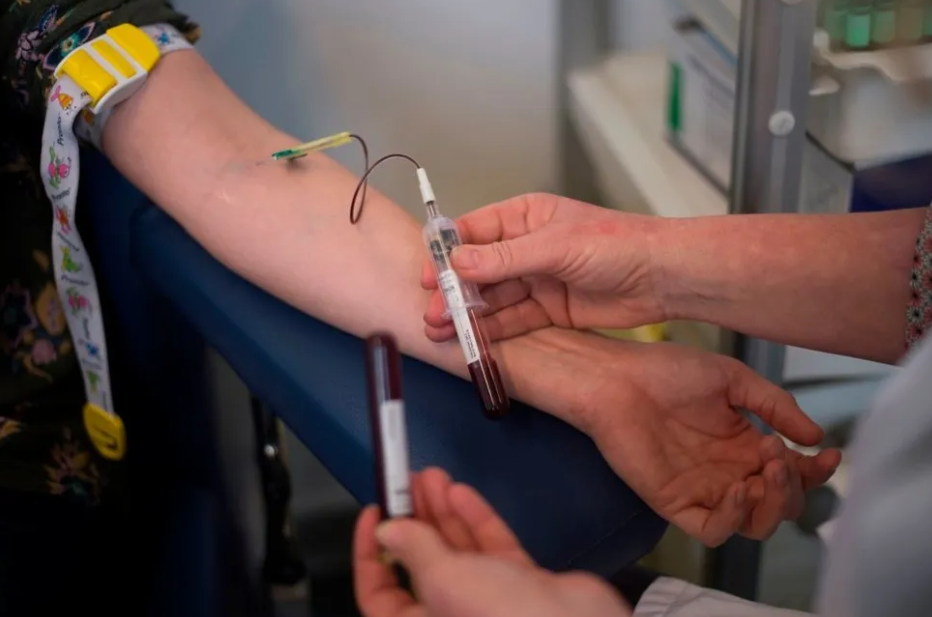 A nurse takes blood samples from a pregnant woman at the North Hospital (Hopital Nord) in Marseille, southern France.(Photo by BERTRAND LANGLOIS / AFP)

There remain many mysteries regarding blood types. For example, we still don't know why humans evolved the A and B antigens. Some theories point to these antigens as a byproduct of the diseases various populations contacted throughout history. But we can't say for sure.

In this absence of knowledge, various myths and questions have grown around the concept of blood types in the popular consciousness. Here are some of the most common and their answers.

Japan's blood type personality theory is a contemporary resurrection of humorism. The idea states that your blood type directly affects your personality, so type A blood carriers are kind and fastidious, while type B carriers are optimistic and do their own thing. However, a 2003 study sampling 180 men and 180 women found no relationship between blood type and personality.

The theory makes for a fun question on a Cosmopolitan quiz, but that's as accurate as it gets.

Should you alter your diet based on your blood type?

Remember Galen of Pergamon? In addition to bloodletting, he also prescribed his patients to eat certain foods depending on which humors needed to be balanced. Wine, for example, was considered a hot and dry drink, so it would be prescribed to treat a cold. In other words, belief that your diet should complement your blood type is yet another holdover of humorism theory.

However, a study from the University of Toronto analyzed the data from 1,455 participants and found no evidence to support the theory. While people can lose weight and become healthier on the diet, it probably has more to do with eating all those leafy greens than blood type.

Are there links between blood types and certain diseases?

There is evidence to suggest that different blood types may increase the risk of certain diseases. One analysis suggested that type O blood decreases the risk of having a stroke or heart attack, while AB blood appears to increase it. With that said, type O carriers have a greater chance of developing peptic ulcers and skin cancer.

None of this is to say that your blood type will foredoom your medical future. Many factors, such as diet and exercise, hold influence over your health and likely to a greater extent than blood type.

What is the most common blood type?

In the United States, the most common blood type is O+. Roughly one in three people sports this type of blood. Of the eight well-known blood types, the least common is AB-. Only one in 167 people in the U.S. have it.

Do animals have blood types?

They most certainly do, but they are not the same as ours. This difference is why those 17th-century patients who thought, "Animal blood, now that's the ticket!" ultimately had their tickets punched. In fact, blood types are distinct between species. Unhelpfully, scientists sometimes use the same nomenclature to describe these different types. Cats, for example, have A and B antigens, but these are not the same A and B antigens found in humans.

Interestingly, xenotransfusion is making a comeback. Scientists are working to genetically engineer the blood of pigs to potentially produce human compatible blood.

Scientists are also looking into creating synthetic blood. If they succeed, they may be able to ease the current blood shortage, while also devising a way to create blood for rare blood type carriers. While this may make golden blood less golden, it would certainly make it easier to live with.

*While antigens are typically proteins, they can be other molecules as well, such as polysaccharides.

By Gary L. Wenk Ph.D. Psilocybin has demonstrated modest benefits for some depressed people. Depression and suicide are…

What If Earth Stopped Turning? Written by Matthew R. Francis Earth is spinning on its axis, completing one rotation…