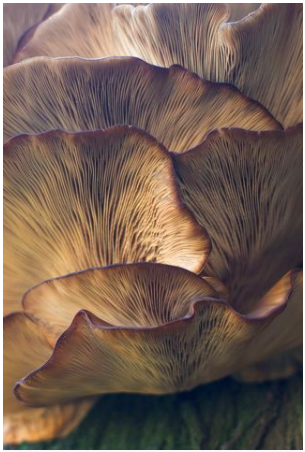 Psilocybin has demonstrated modest benefits for some depressed people.

Depression and suicide are major public health problems. Our currently available therapies are not as effective as we might wish. The rate of suicide is increasing. There is an urgent need for novel and effective interventions for depression.

Some psychedelics may show potential as an intervention for suicidality. The challenge for the patients and physicians will be to overcome the negative stigma associated with their use. A similar challenge continues to plague the widespread acceptance of medical marijuana.

One promising psychedelic is psilocybin, which can be found in more than 75 species of mushrooms, the most famous being Psilocybe Mexicana, aka the "Magic Mushroom." Psilocybin is spontaneously converted into psilocin after ingestion; psilocin is more lipid-soluble and the actual psychoactive agent. Recent PET evidence suggests that psilocin’s psychoactive actions depend upon its ability to stimulate one specific serotonin receptor called 5HT2A. To date, psilocybin has demonstrated modest, although some authors claim promising results in clinical trials for the treatment of addiction, depression, post-traumatic stress disorder, and death anxiety.

Many different species of the Psilocybe mushrooms also contain a range of tryptophan-derived beta-carbolines, such as harmane and harmine, that may also positively influence brain function. Why are the beta-carbolines important in the action of Psilocybe mushrooms? Beta-carbolines are potent inhibitors of an enzyme called monoamine oxidase, which is responsible for the inactivation of psilocin. This is rather fascinating behavior by any plant or fungus. The Psilocybe produces a variety of different natural products via unique pathways that diverge from the same building block, i.e., tryptophan, leading to the production of dissimilar compounds, and all of these contribute directly or indirectly to the same pharmacological effects.

Now that you know what is inside the fungus, why would anyone expect that psilocybin would be useful in the treatment of depression? In fact, no one would have ever expected that a 5HT2A agonist like psilocybin could be useful for treating mental illness.

In order to understand why that is true, it is necessary to appreciate the role of 5HT2A receptors in the brain. For example, abnormalities in the structure and function of the 5HT2A receptors may underlie the presence of schizophrenia, depression/anxiety, and drug addiction. These conditions are treated by drugs that block 5HT2A receptors. Let me emphasize that last point: Drugs that treat depression and anxiety act exactly the opposite of psilocybin!

Maybe the benefits of the Psilocybe mushroom are due to the actions of the beta-carbolines. The beta-carbolines harmane and harmaline produced an antidepressant-like effect in a recent animal study. Drugs that block monoamine oxidase have been used for many decades to treat major depressive episodes when other medicines have failed. They are not widely prescribed today because they all have a very nasty side effect with a rather benign name: the "Cheese Effect." If a person taking a beta-carboline or any monoamine oxidase inhibitor consumes foods that contain the amino acid tyramine, which is found in beer, cheese, and wines, their blood pressure can increase dramatically, leading to hypertensive crisis, stroke, and death.

Our knowledge of the complex actions of the contents of the Psilocybe mushroom in the brain may one day lead to improved therapies for depression. However, we are not there yet. Almost certainly, those individuals with depression who do not benefit from standard anti-depressant therapies may find benefit in using extracts of this mushroom, as long as they can manage the risk of the Cheese Effect.

By Rachel Baxter We know that high levels of air pollution can have worrying impacts on our bodies, from…

Golden blood: The rarest blood in the world We explore the history of blood types and how they are…