By EMILIA JIANG FOR MAILONLINE

This is the frightening moment a bridge with heavy traffic moved up and down like waves after reportedly being hit by high winds.

Shocking footage shows the Humen Bridge, which spans across the Pearl River in southern Chinese province Guangdong, shaking dramatically while being jam-packed by cars. 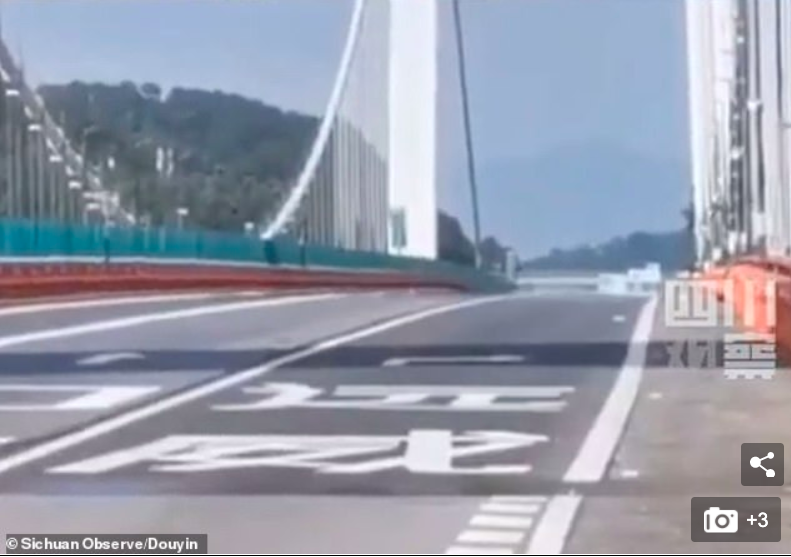 Local authorities have temporarily shut down the traffic link. They said the structure wobbled after being hit by whirlwinds, according to the press.

Social media footage showed the surface of Humen Bridge moving up and down while long queues of cars were travelling on it on Tuesday afternoon.

Chinese web users who claimed to have been on the bridge today described the experience as 'terrifying'.

One commenter recalled: 'I just drove through it at about 1pm. [It was] moving up and down. My car wasn't even touching the ground.'

Another wrote: 'It made me feel carsick. It was terrifying.'

Officials explained to the press that the shaking bridge was a result of its structure being slammed by swirls of high winds.

The wind speed in the area of the Humen Bridge between 3-5pm today was measured to be up to 38 mph, a phenomenon described by the local press as 'very rare'. 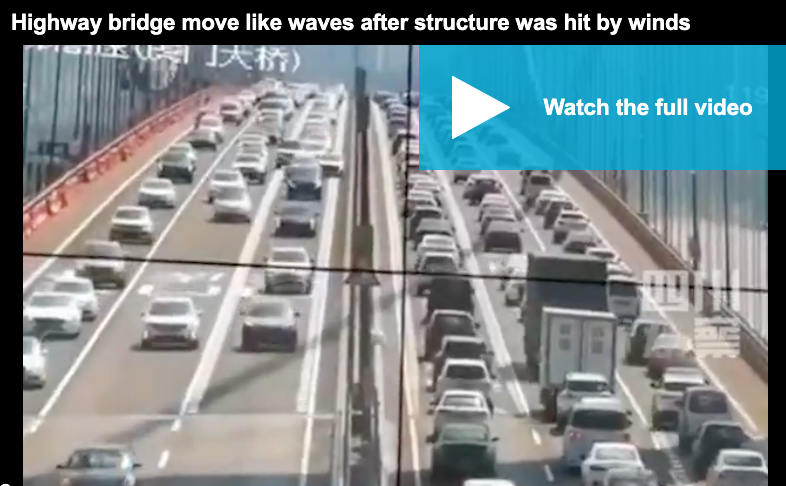 An architecture expert said that suspension bridges, such as the Humen Bridge, were designed to be flexible.

'The [bridge] moving up and down is normal when it can be observed with naked eyes,' Fang Zheng, a professor from Wuhan University, told the Beijing News. 'Within a certain range, it will not affect the safety of driving.'

An initial examination from the authorities suggested that the Humen Bridge remained undamaged. But a further inspection is being carried out by local authorities, reports say.

Why do bridges sway and bounce?

Bridges have been designed to move vertically and laterally to accommodate wind, change in temperature or weight load.

Bridges sway from side‐to‐side due to wind blowing across them, and they bounce up and down as traffic or people pass over.

Experts compare this swaying and bouncing of bridges to the same manner as trees. When a tree is still a sapling and is hit by strong winds, its elastic nature allows it to bend without cracking.

A mature tree hit by the wind will do one of two things - stay in place or crack and eventually fall. 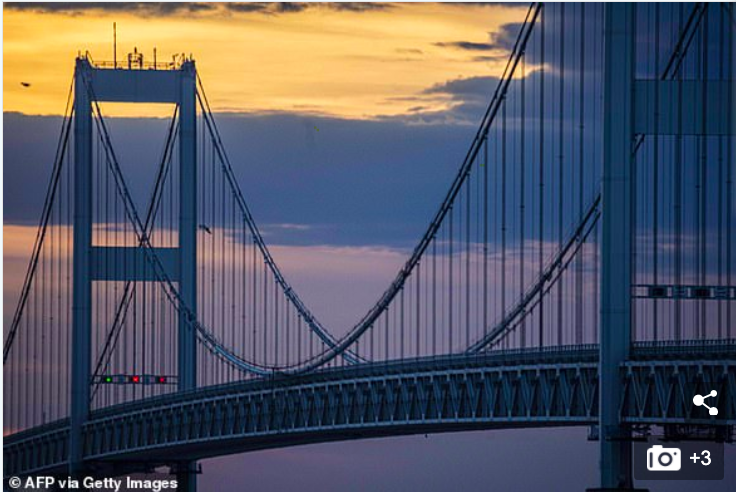 Pictured: The Chesapeake Bay Bridge (known locally as the 'Bay Bridge') is a major dual-span bridge in the US state of Maryland

Bridges are designed to sway, bounce, expand, and contract, reacting much like saplings. A rigid bridge would act more like a mature tree.

Bridges also have expansion joints built in to address the expansion and contraction due to changes in temperature.

Materials expand and contract with change in temperature the same way the air pressure in car tires change. When it is hot outside, material expands, and when it is cold, the material contracts. The expansion joints on large bridges look like interlocking teeth.

The joints on smaller bridges are made of a plastic material and you may notice a slight bump when entering or exiting a bridge. The bump is due to leaving the ground and entering the 'floating' bridge deck.

The heart-wrenching choice of who lives and dies By Abigail Beall Shortages of equipment, beds and staff means doctors…

接上篇：我们为什么把流行病视为一场战争？（上） The short-term financial cost of these measures would be enormous, but the payoff could be too…