The short-term financial cost of these measures would be enormous, but the payoff could be too

By establishing dedicated Covid-19 facilities rather than converting existing ones, governments would expand capacity and absorb risk. Over the next several months, these factories could implement production lines to speed the creation of antibody tests and a vaccine. And authorities could further regulate the crisis standard of care – allocating treatment to certain patients – and ration medical equipment or even food.

The short-term financial cost of these measures would be enormous, but the payoff could be too. Indeed, rapid government intervention in the months following the coronavirus outbreak has already shown signs of success. In China, for example, thousands of workers built a field hospital on government orders; modular construction and rapid mobilisation meant that thousands more Covid-19 patients could be treated in a matter of days.

Federally mandated social distancing has also worked to compress the timeline – a kind of individual sacrifice reminiscent of wartime strain on the home front. World War Two’s iconic message of “equality of sacrifice,” emphasised by labour leaders and union officials and propagated through steep progressive taxes and government regulations, would be hard to sustain in today’s political and financial landscape. But in recent weeks, people have shown a desire to comply, even to make personal sacrifices for the greater good. 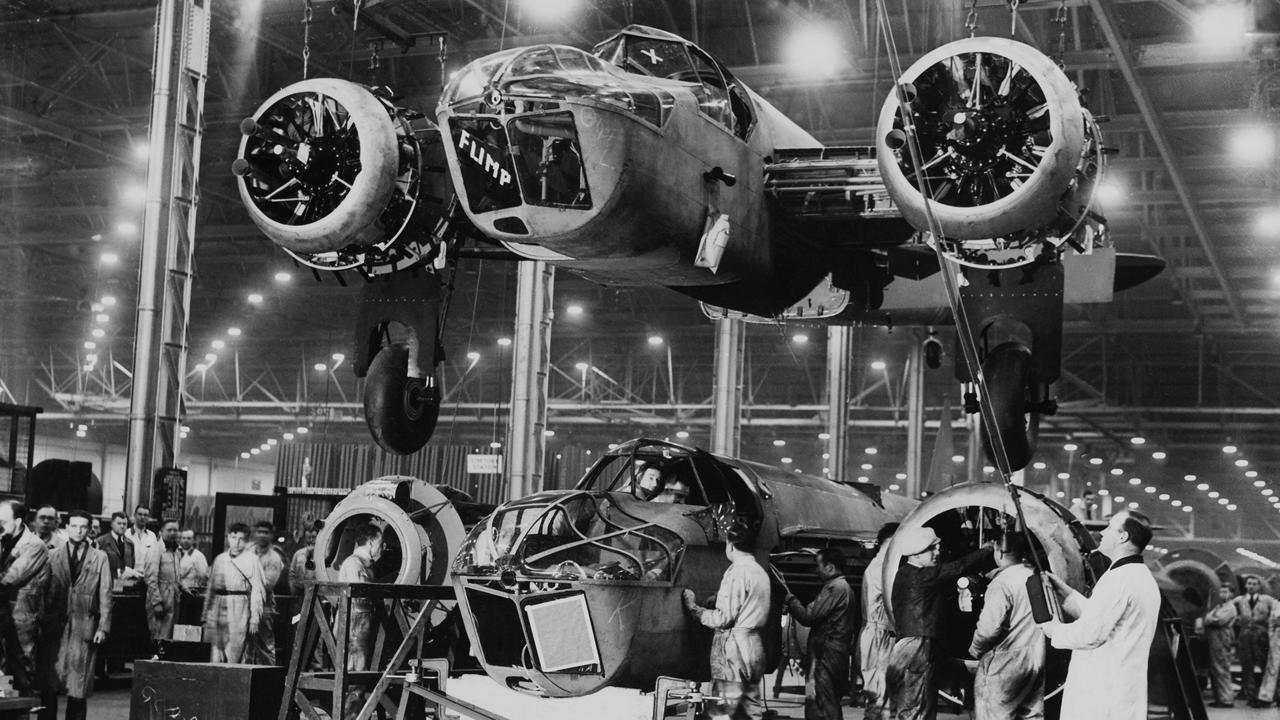 During World War Two, factories which had once made cars were quickly reorganised to make weapons such as these British bombers (Credit: Getty Images)

“People are turning to war as a metaphor because of the mobilising aspects of war,” says Mary L Dudziak, a law professor at Emory University who has published widely on the concept of wartime in US history. “But a pandemic is not a ‘war’. A country responds to war by killing other people: death is the means of war. In a pandemic, the means of responding is not killing other people but instead trying to preserve life.”

The desire to comply, to make personal sacrifices, these are no longer for the purpose of destruction, but for a greater good that is truly good: mutual assistance across nations and the safeguarding of human life

“Moments of crisis can provide opportunities for reform,” says Wilson. World War Two brought national healthcare reforms, gave rise to international organisations like the United Nations and the International Monetary Fund, and in the US led to the introduction of the GI Bill, which detailed important benefits for soldiers returning from war.

There will be no “return to normalcy” after the coronavirus pandemic

Of course, not all reforms at the time were sweeping in scope. While the UK’s universal health care system, the National Health Service (NHS), emerged out of World War Two, the US ended up with a far less robust system; many were left uninsured. The coronavirus crisis might bring about similar reforms; for example, targeted compensation packages for health care workers or grocery store staff. Or it might engender an entirely restructured economy, resulting in universal health care or increased job security. At the very least, we can expect to see a new generation of political leaders and thinkers to come out of it.

Consider the scientific experts now on the front lines. Just as generals take the lead in giving daily briefings in wartime, medical experts like Anthony Fauci are at the microphone to explain complex ideas like epidemic curves, social distancing and off-label use of drugs. Healthcare professionals are perhaps the new wartime generals.

After World War Two, much of Europe and Asia lay in ruins. The figures are difficult to grasp – nearly 60 million dead. Indeed, 1945 has often been referred to as Year Zero: a new way to mark time before and after the war’s destruction. People the world over confronted a landscape that had been changed forever, marked by deprivation but also by hope. Government expenditures helped bring about the business recovery that had eluded President Roosevelt’s New Deal. 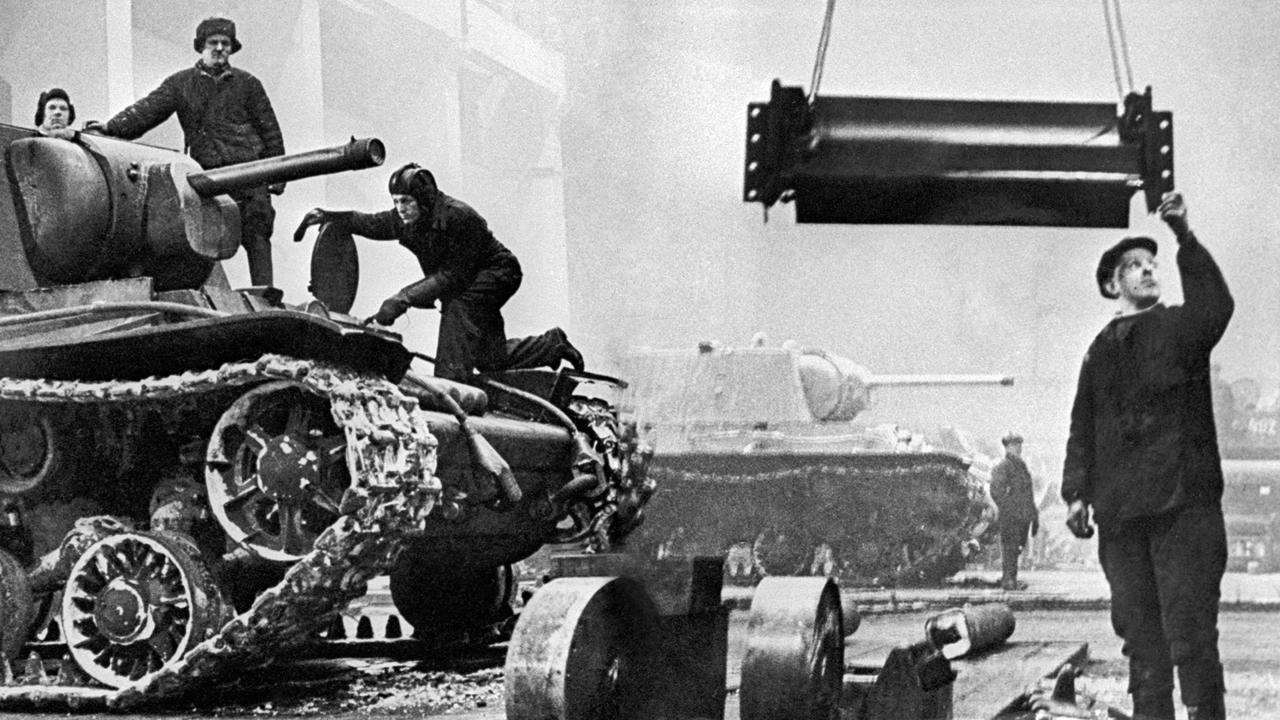 While the industrial conversion hasn't been as dramatic as turning tractor factories into tank plants, it has been widespread and rapid (Credit: Getty Images)

Throughout the US and Europe, wartime mobilisation and ingenuity secured employment and a fairer distribution of income, while creating entirely new technologies, industries and associated human skills. Old ideological constraints collapsed, but new ideas about capital, entrepreneurship, and social bonds emerged. These extraordinarily ambitious efforts – civilian and federal, at home and abroad – meant that nations could ultimately recover.

To misquote a post-war US presidential candidate, there will be no “return to normalcy” after the coronavirus pandemic. From the comfort of our homes, we may sit and leaf through the pages of history, imagining various after-lesson actions – but we know for certain only that nothing can be certain.

Yet, this crisis has arguably spurred mobilisation on an international scale not seen since the war 80 years ago. The pandemic demands quick crash efforts with high stakes, has united people across the world, and promises to accelerate seismic global changes which could last for years to come.

Covid-19: What we can learn from wartime efforts By Adrienne Bernhard Language more normally suited to wartime is commonly…