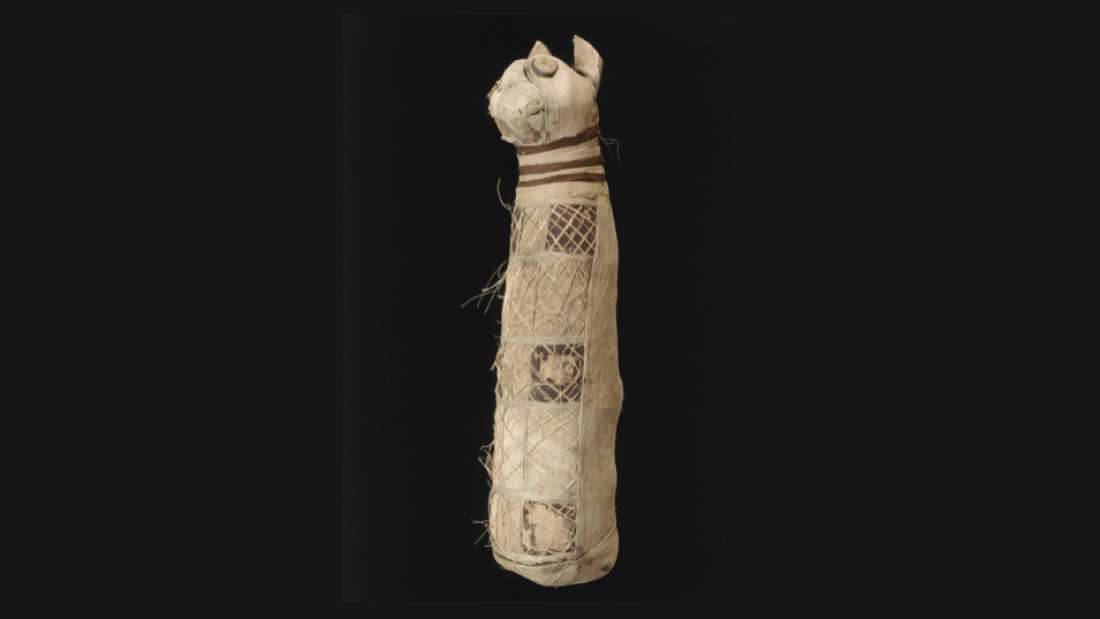 THE RENNES MUMMY WAS BELIEVED TO HAVE BEEN JUST A SINGLE CAT, BUT DIGITAL RENDERS REVEALED THAT THERE WAS NO SKULL, VERTEBRAE, OR RIBS. IRISA/INSA RENNES

An X-ray analysis of a 2,500-year-old Egyptian mummified cat reveals the partial remains of not one but three individual cats wrapped inside of cloth and topped with a ball of yarn, according to a collaboration of computer scientists and archaeological experts.

And it could have all been made in the name of a good con.

The Rennes mummy is housed at the Musée des Beaux-Arts in France and has been the subject of digital introspection for more than a year. To reveal what lies beneath the wrappings, researchers first CT scanned the mummy before reconstructing the scans into digital files to create 3D prints of the complete mummy, its wrapping, and the contents inside – all done in “exceptional” detail and transparent so that viewers can see what is inside.

“The interest of this project is based on multidisciplinary collaboration, particularly with researchers in computer science, which makes it possible to develop new innovative tools both from a scientific point of view and from the point of view of valuing knowledge,” said Nicolaus. 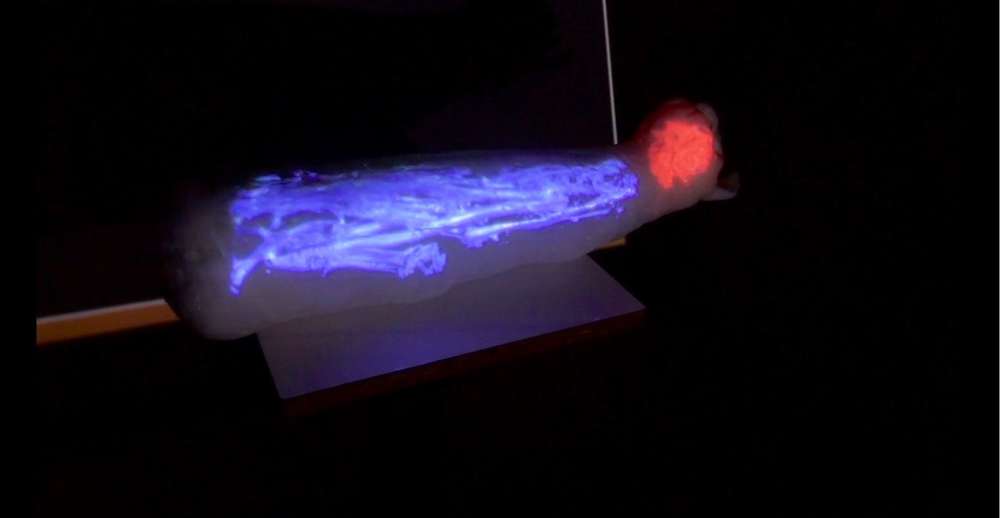 A visualization of the projected augmented reality. IRISA/INSA Rennes

It was believed to have been just a single cat, but digital renders revealed that there was no skull, vertebrae, or ribs. Instead, underneath the many layers of cloth wrapping were five hind legs and bones belonging to several cats topped with a yarn ball placed at the head of the mummy.

"With a medical scanner, we always expect to find something. In this case, we expected to see a cat and not several cats, but it is perhaps not so exceptional,” said researcher Theophane Nicolas, from INRAP, in a statement. “There are millions of animal mummies, but few have been imagined. Some are empty, others contain only one bone, sometimes the cat is complete.” 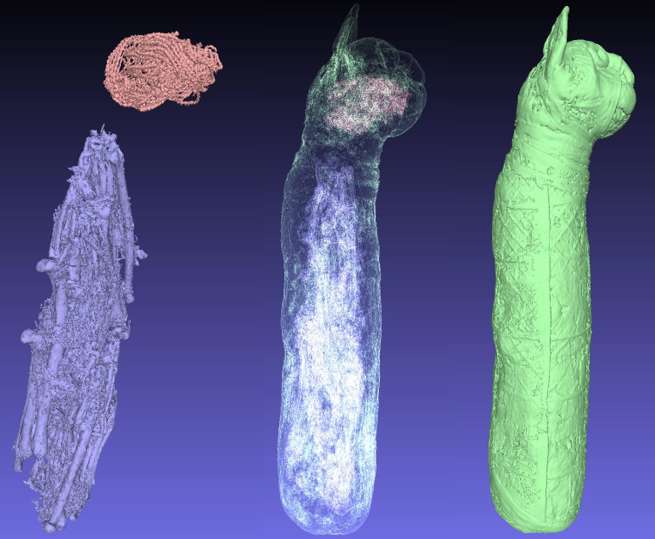 The consensus is out on why ancient Egyptians would have mummified cat remains in this way, says Nicolaus. Some argue that it may have been some sort of “ancient scam organized by unscrupulous priests." Preserved mummies were sold as offerings to the gods. The larger they were, the more they were worth, reports Live Science.

“On the contrary, we believe that there are innumerable ways to make animal mummies,” Nicolaus disagrees.

Regardless, the findings help us to understand the history and culture of the society. Ancient Egyptians worshipped cats and held them in the highest esteem, according to the Cat Museum of San Francisco.

The 3D-printed mummy will be presented at the European Heritage Days 2019 and will be on display at the museum. 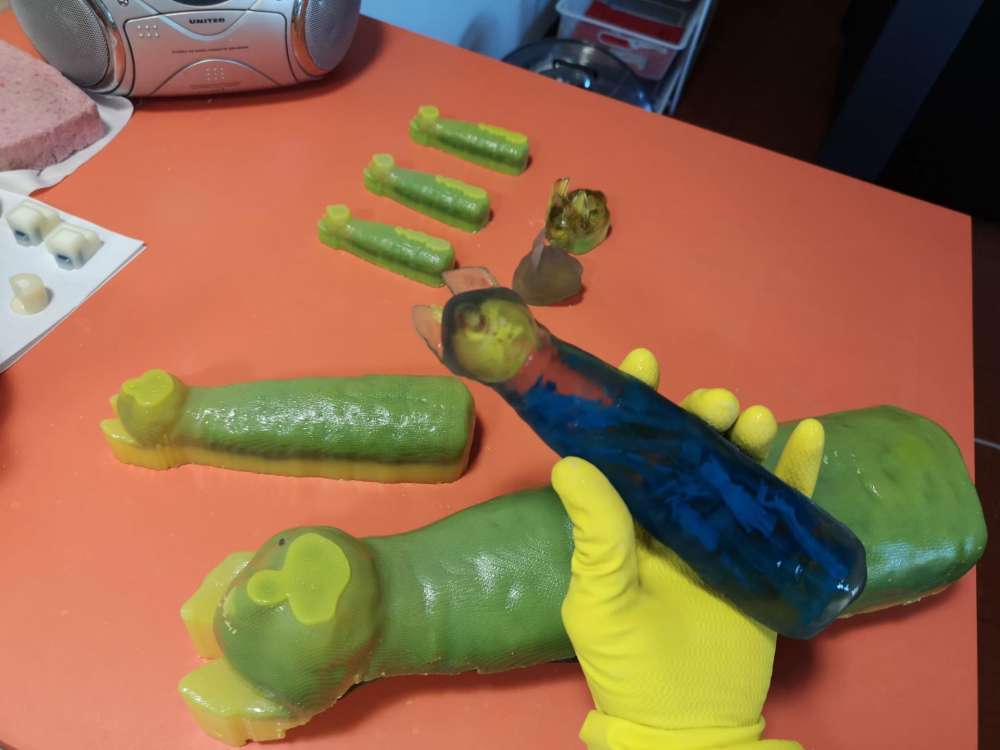 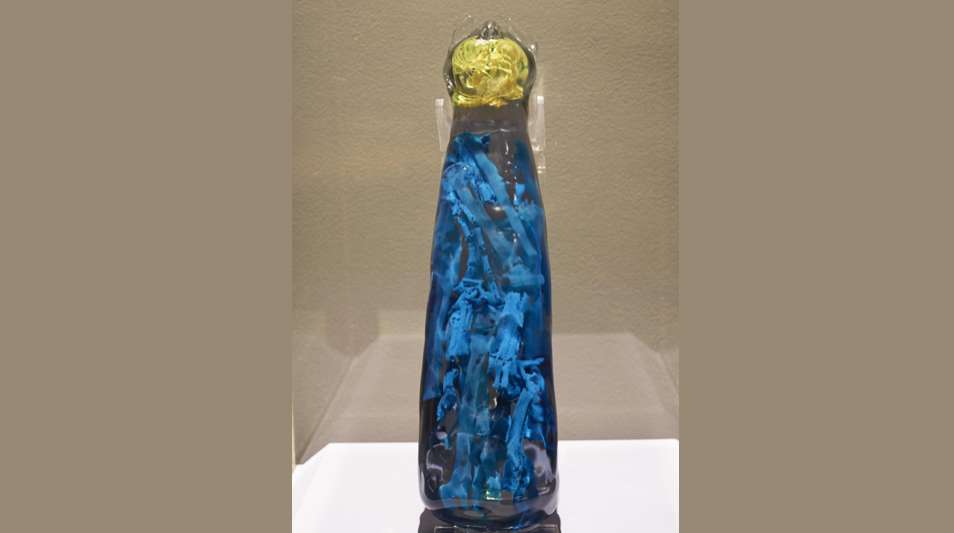 Underneath the many layers of cloth wrapping were the five hind legs and bones belonging to several cats topped with a yarn ball placed at the head of the mummy. IRISA/INSA Rennes

FPX celebrate after winning the 2019 League of Legends World Championships. (Cyril Marcilhacy/Item for The Washington Post) By…