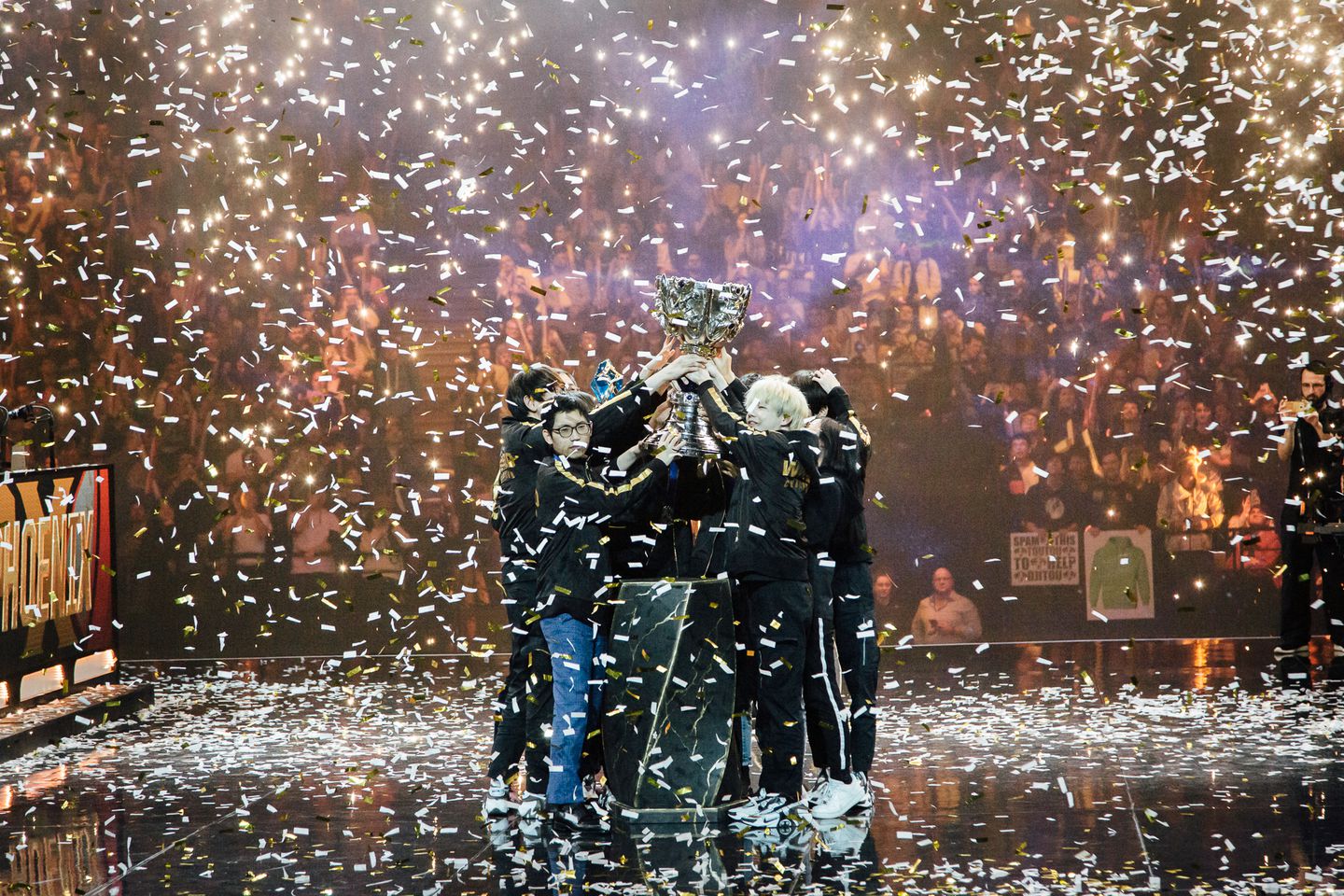 FPX celebrate after winning the 2019 League of Legends World Championships.
(Cyril Marcilhacy/Item for The Washington Post)

PARIS — Despite all the hype and hope that this would be the year a Western team would claim the Summoner’s Cup, it was not Europe’s time after all.

Described by some commentators as the strongest team in League of Legends esports’ short history, G2 Esports couldn’t hold out against FunPlus Phoenix (FPX). The Chinese team bested G2, three games to none at the World Championship Finals and claimed the $1 million prize.

European fans had been hopeful about this year’s matchup because of G2’s unconventional play style and its consecutive victories at earlier 2019 tournaments. A European team hasn’t won finals since 2011, which wasn’t a truly global event.

In the years following, Korean teams dominated — until 2018 when a Chinese team took the top spot. As FunPlus’s mid-laner Kim “Doinb” Tae-sang put it before the match, today’s victory “cements China as the number one region.” Indeed, next year’s championships will be held in Shanghai, Riot announced after the conclusion of the match. 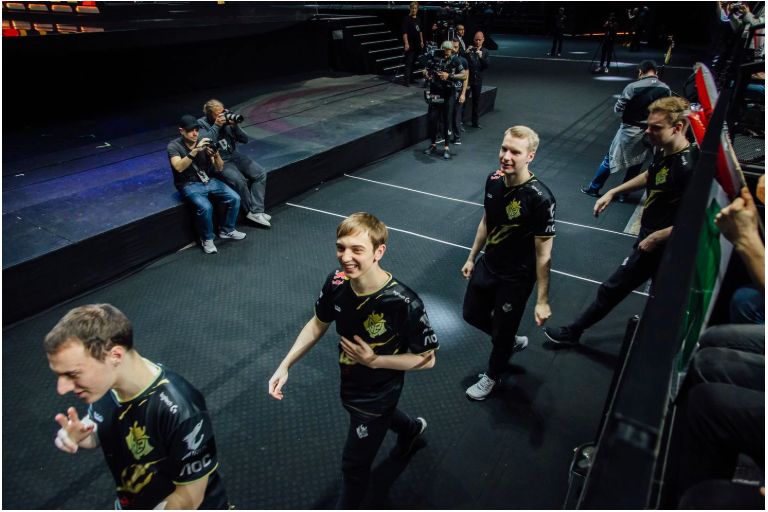 G2 leave the stage after falling short to Fun Plus Phoenix in the finals. (Cyril Marcilhacy/Item for The Washington Post)

The loss fell particularly hard on this pro-G2 audience. By the beginning of the doomed third game, fans’ excitement had begun to waver. The 15,000-strong crowd, which had been chanting in decided unison at the beginning of this championship, seemed to have fractured after two losses. The hall was full of noise but, aside from a few late-game rallies, the sound of the commentators drowned out the crowd, not the other way round. After FPX won, the crowd largely stayed in their seats and when the Chinese team hoisted the Summoner’s Cup cheered the new champions.

“The entire year it seemed like there were more people supporting our opponents than us,” FPX’s Lin “Lwx” Wei-Xiang said. “We want to work harder to make people like us.”

In the end, FunPlus’s sheer speed of play outpaced G2’s ability to solve problems creatively. Wei-Xiang finished the finals without dying once, and Gao “Tian” Tian-Liang was awarded MVP honors, despite what he considered a middling performance.

“I was kind of shocked I took the MVP," Tian-Liang said. "I played well but I would rate my performance as only 50-to-60 percent.”

G2’s third game was by far its best of the day, but it wasn’t enough. Disappointed European fans can take solace in one fact: neither of these teams was favored to make it this far at the beginning of the season. Even with a change of venue that will take the 2020 championship to the other side of the globe, competitive League of Legends is a sport that can still be shaken up by anyone.

“I definitely think Europe is a strong region,” G2′s Rasmus “Caps” Winther said. “I think we can bounce back next year. We need to work on a few things and we’ll be there.” 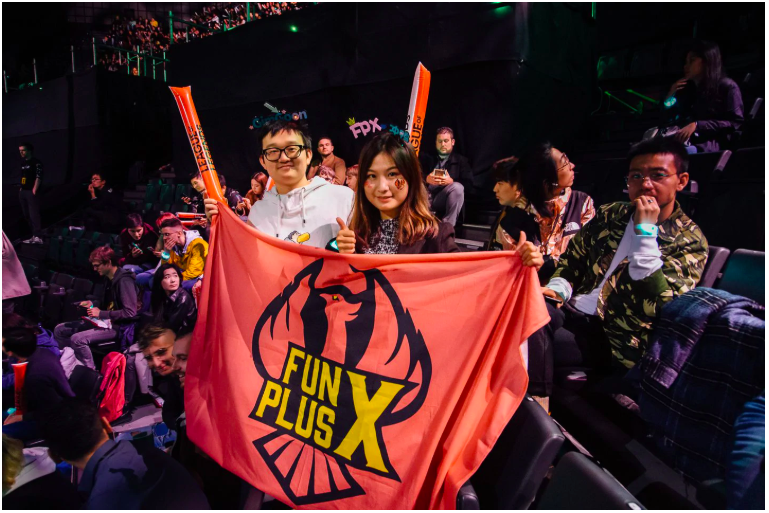 FPX fans show their pride inside the arena. (Cyril Marcilhacy/Item for The Washington Post)

The two players in FPX and G2 shared their feelings after winning. 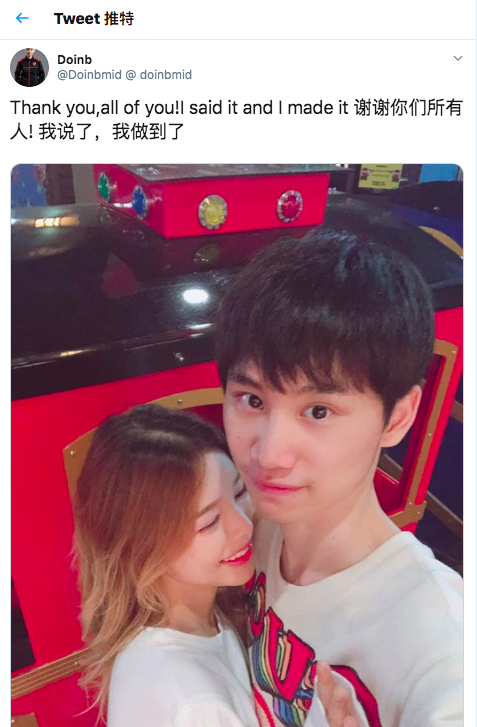