South Korean illustrator Hung Rae has a unique approach to his creative outlet. In his comics, this artist twists human roles with unexpected objects and animals. Have you ever imagined what would happen if karma really existed and we got treated the same as we treat non-human things in our lives?

In Rae's parallel universe, anything can happen. 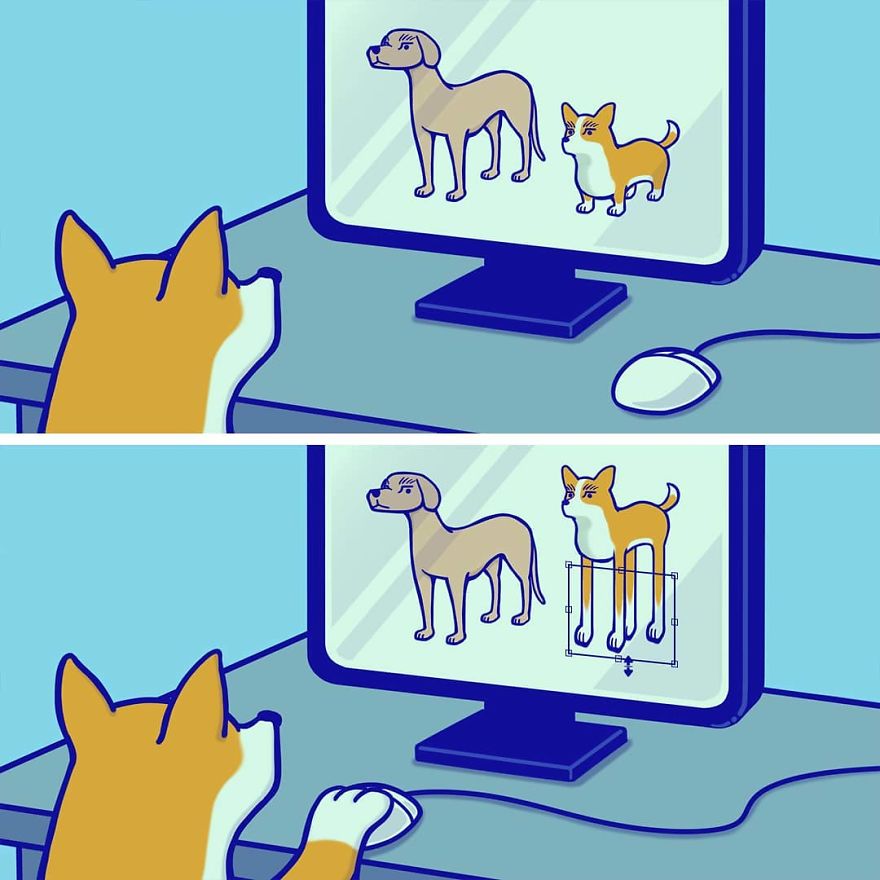 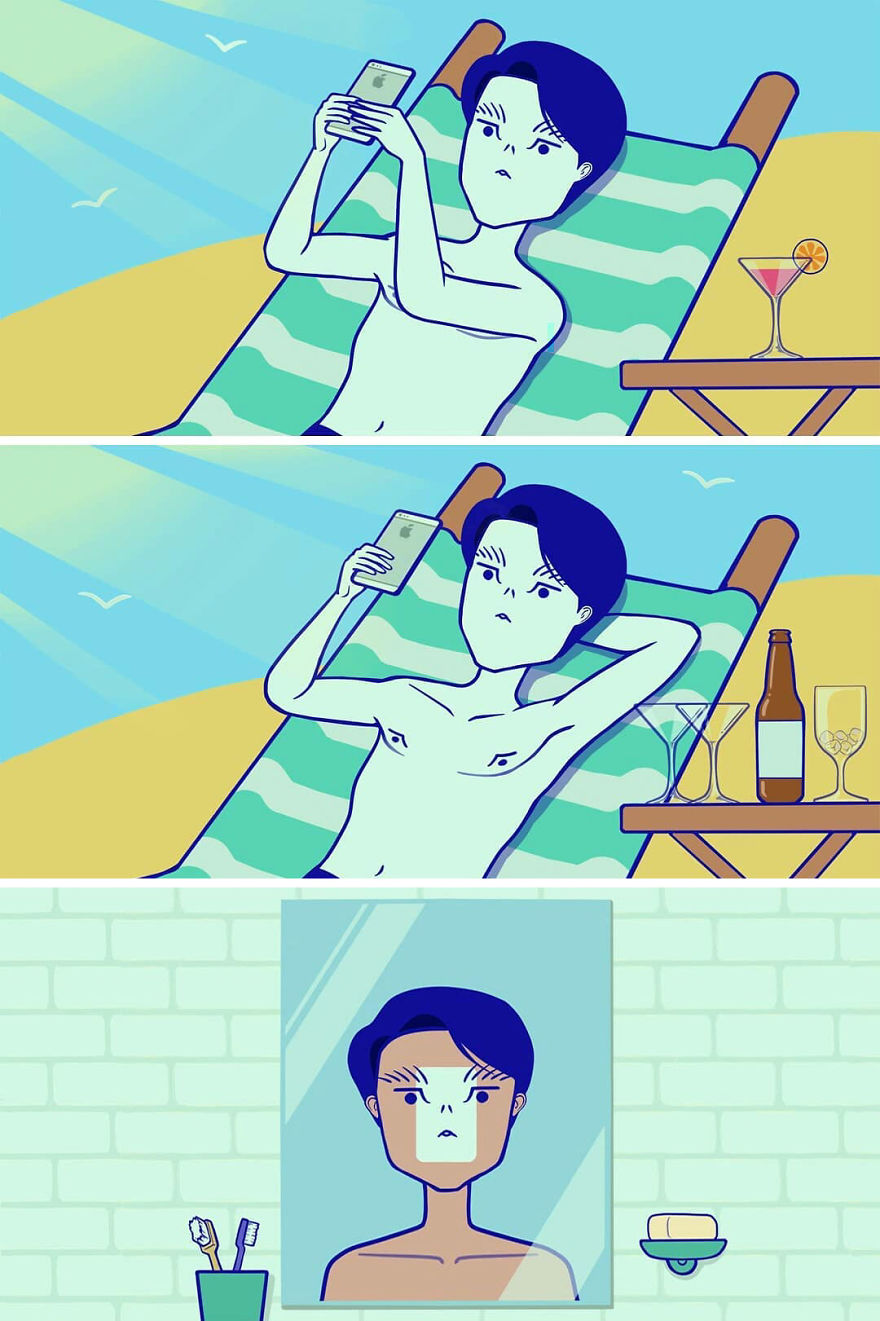 Rae is a master of the kind of humor that is incredibly hilarious but seems weirdly inappropriate to laugh at. And no, you are not going to hell for enjoying a few dark jokes. Moreover, when you look more carefully into comics, you might even notice one or two clever and thought-provoking messages behind illustrations that poke fun at our own flaws and scenes in the modern world. 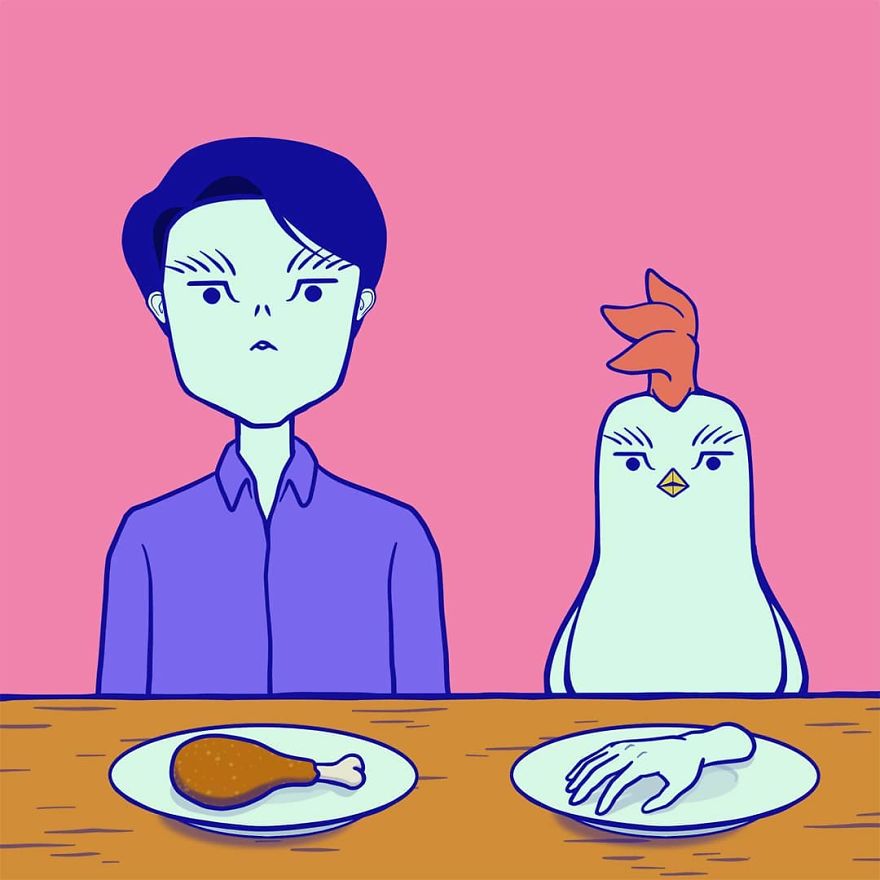 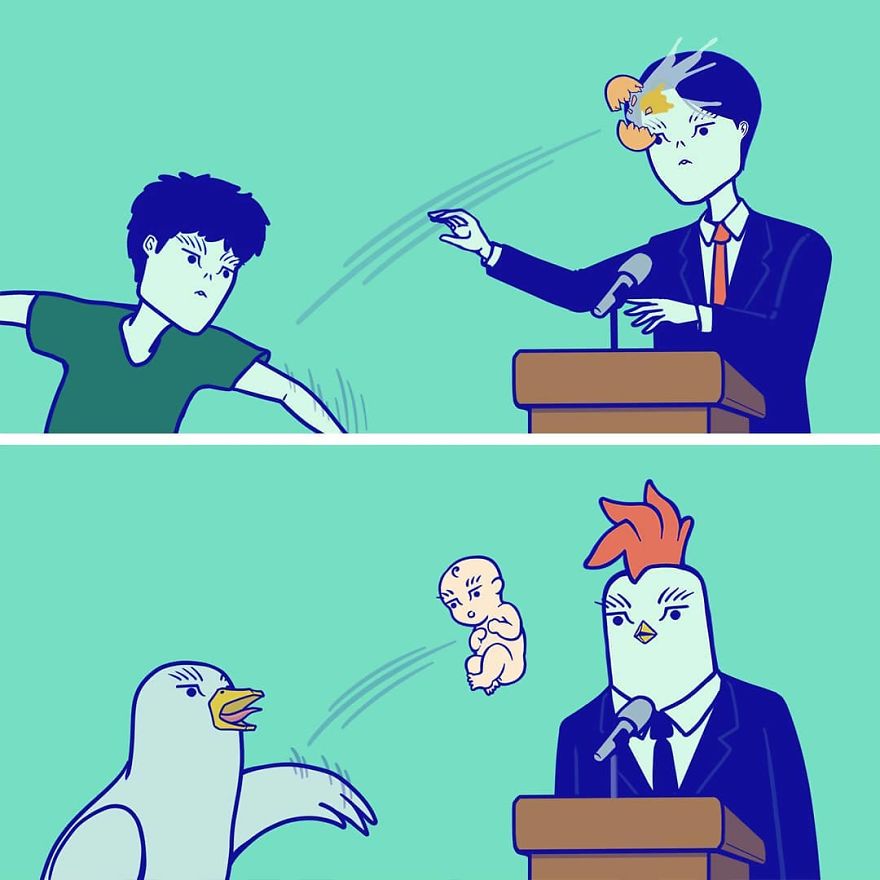 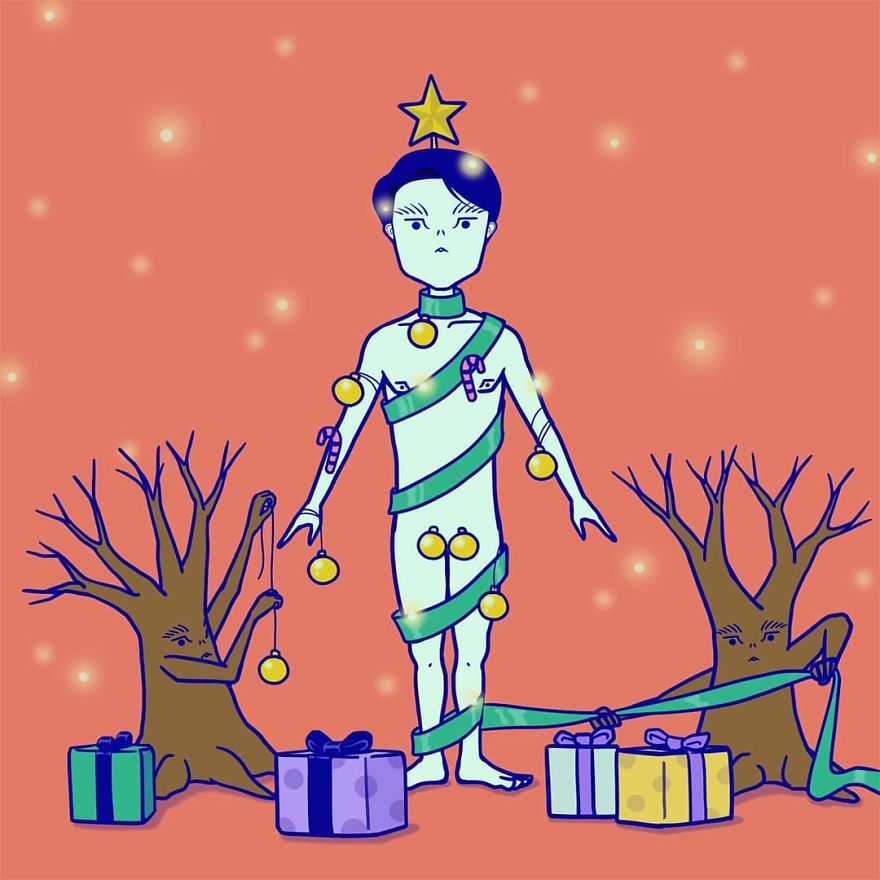 Hung Rae came up with the idea for the series when they were simply amusing themselves. The artist was simply inverting the roles of people and the things around them as a mental game and they thought it would make an interesting project. However, Hung's fascination with art started much earlier. 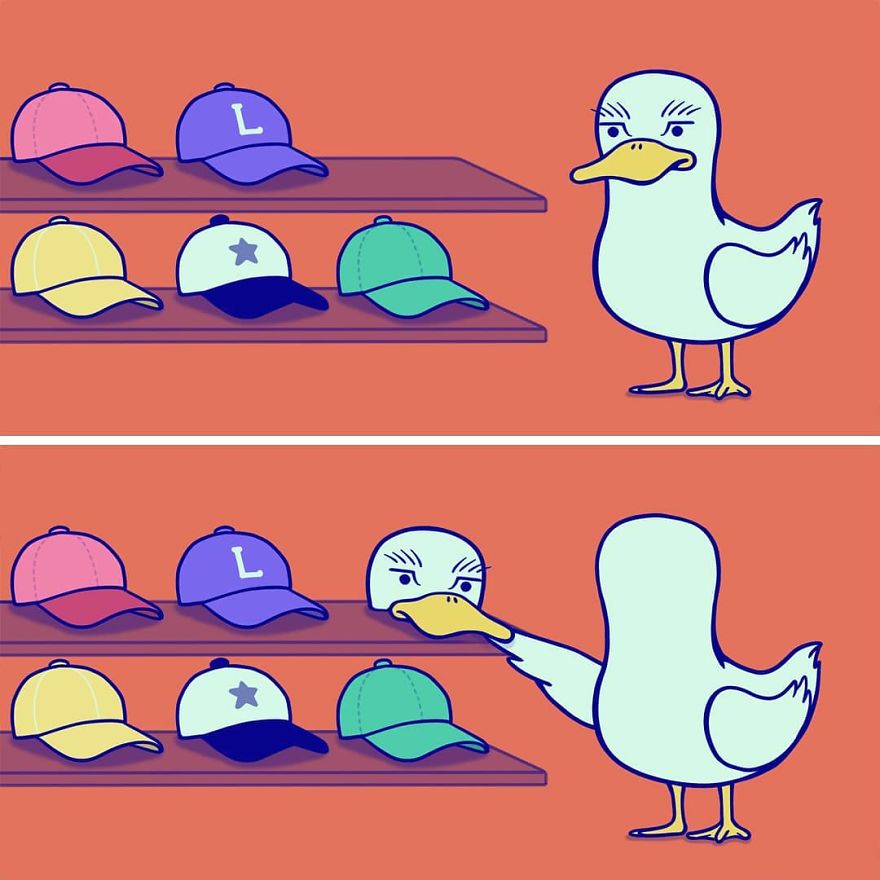 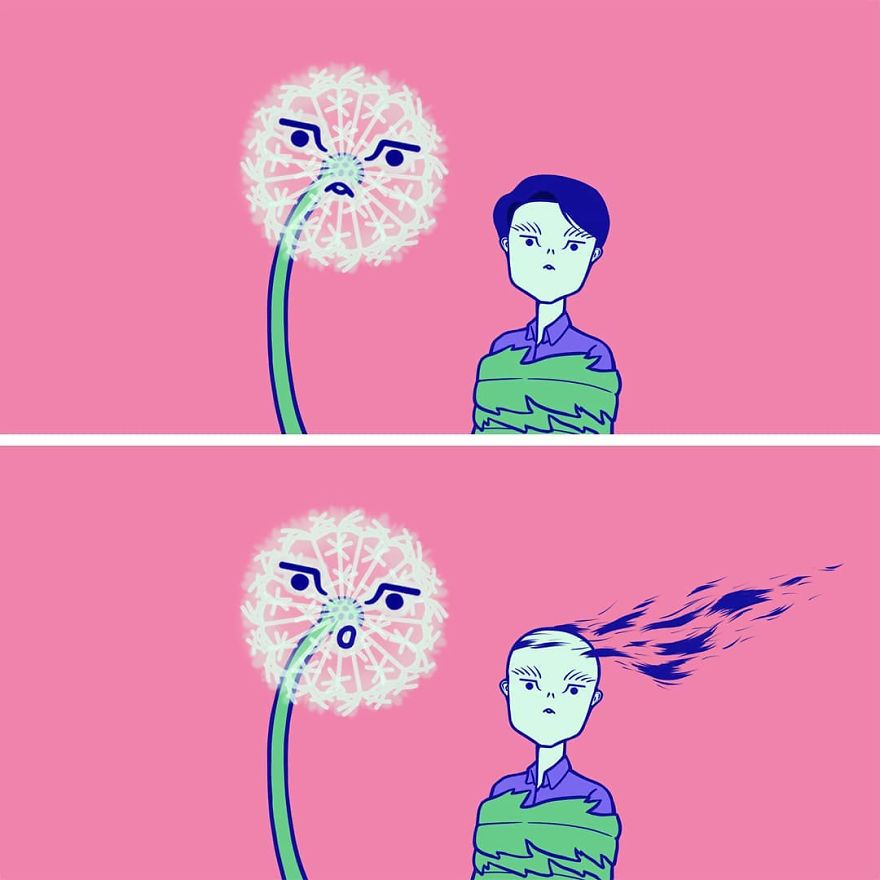 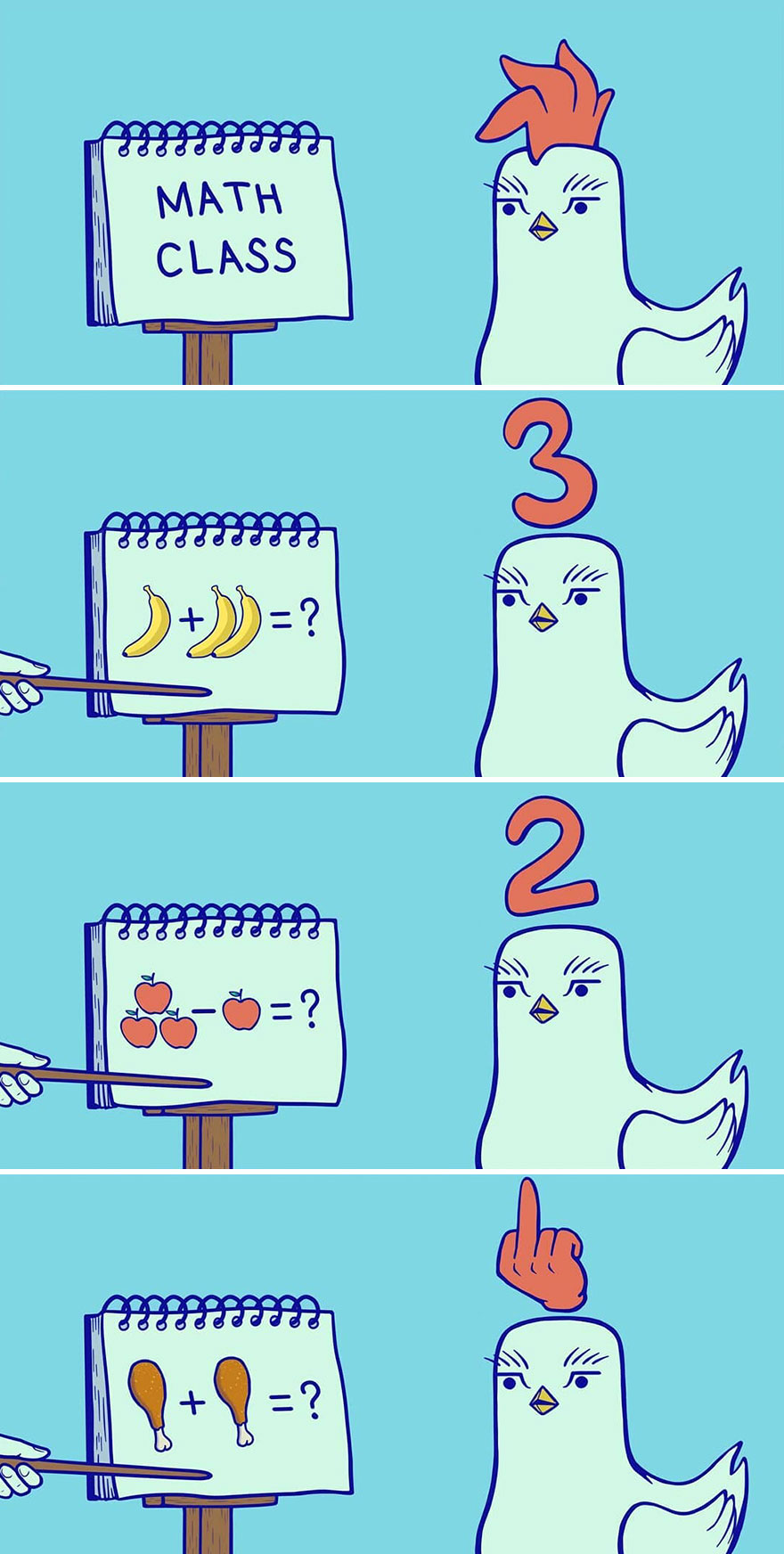 "I've liked to draw and design characters since I was a little kid," Hung Rae told Bored Panda. "Basically, I still create most of my works just for fun. To me, humor was, is, and will be the most important thing when it comes to my art. I just want to entertain people with it." 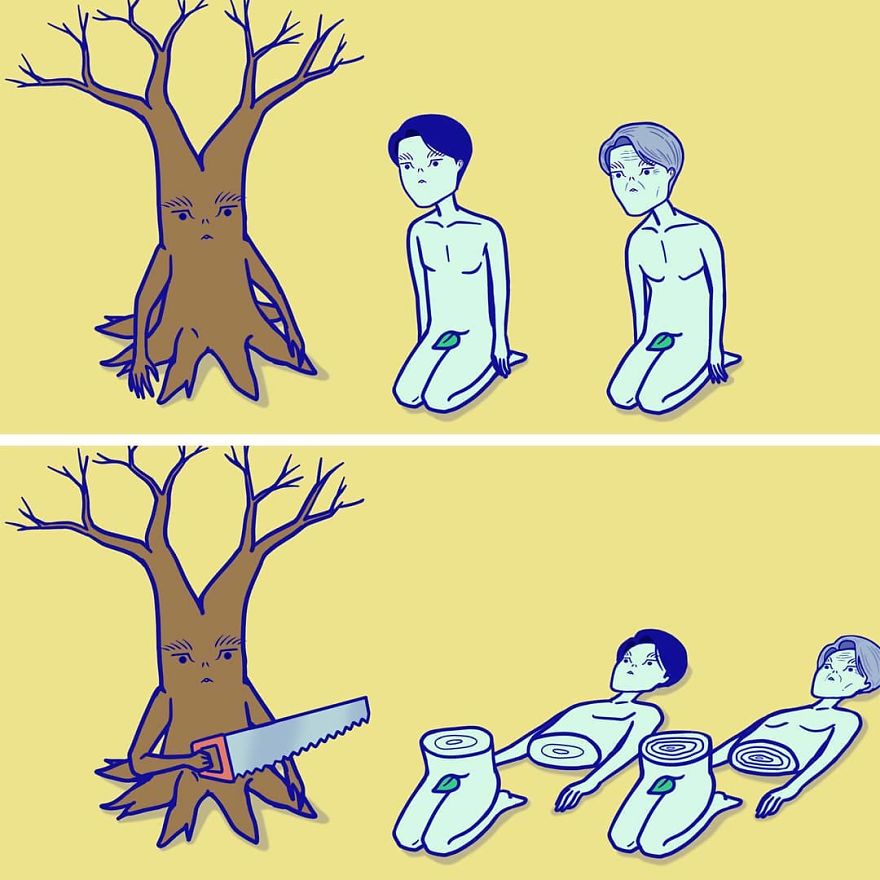 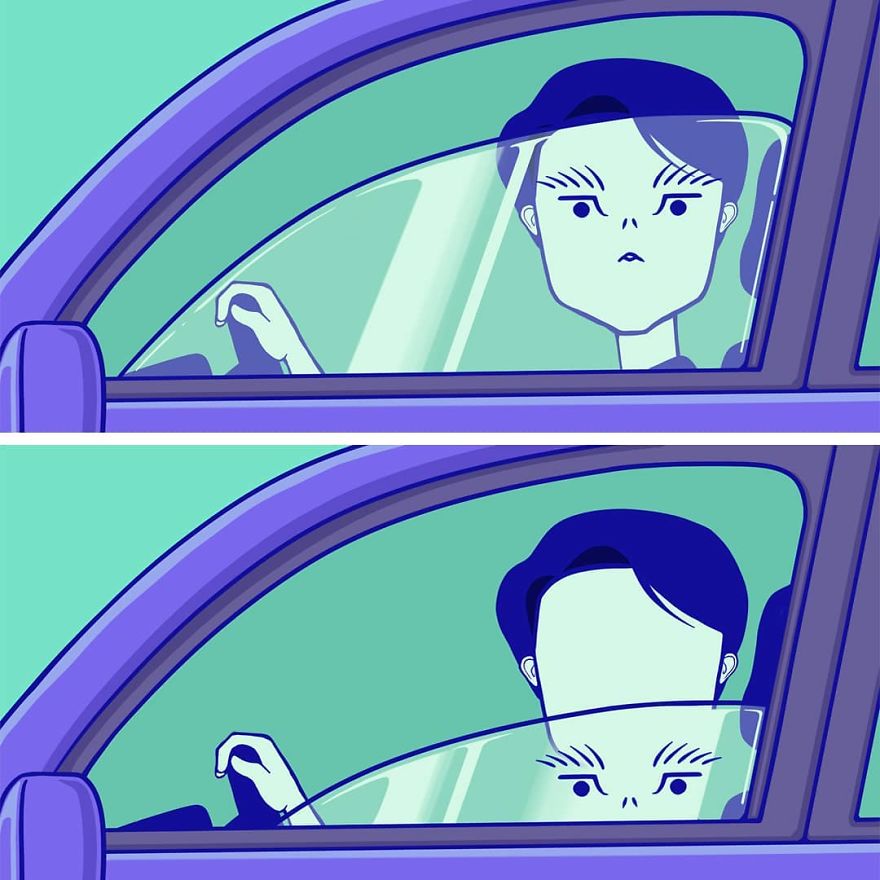 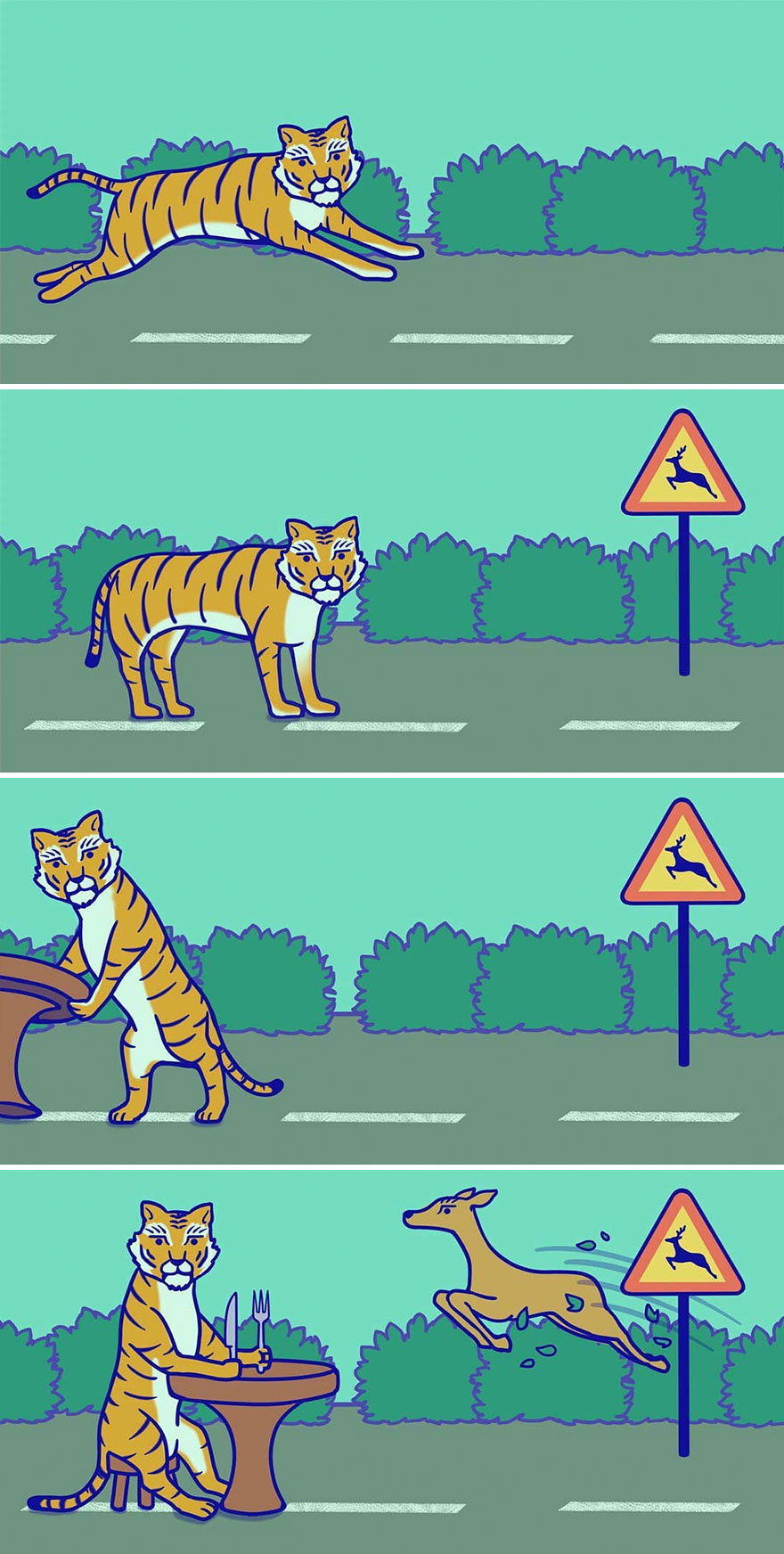 The artist leaves it to each viewer to decide what their pieces are about. To Hung, they're just fun cartoons. "It's kinda hard to describe my work through text," they said. Eventually, Hung would like to publish the series in one form or another, however, they're concentrating on simply working on the pieces for now. 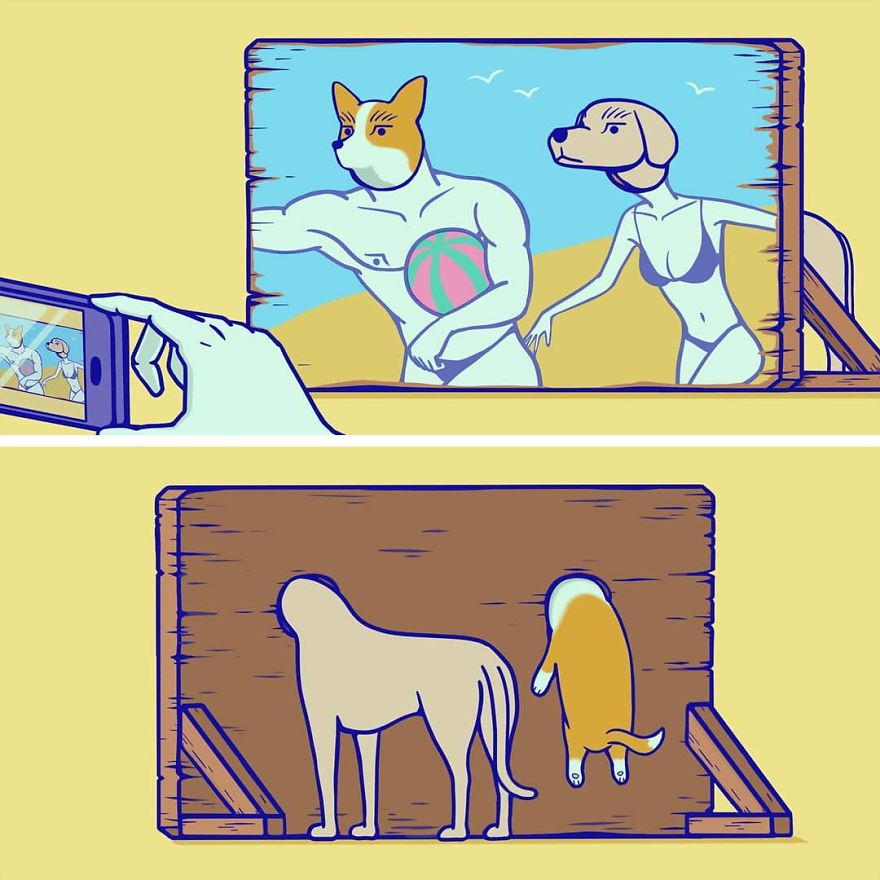 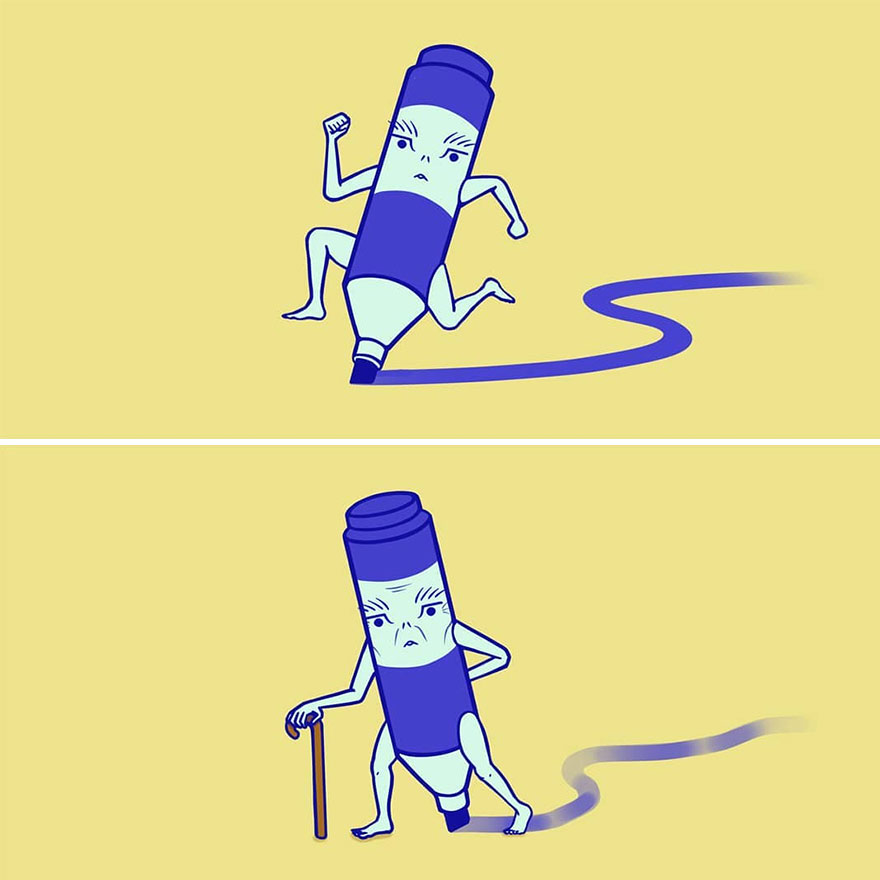 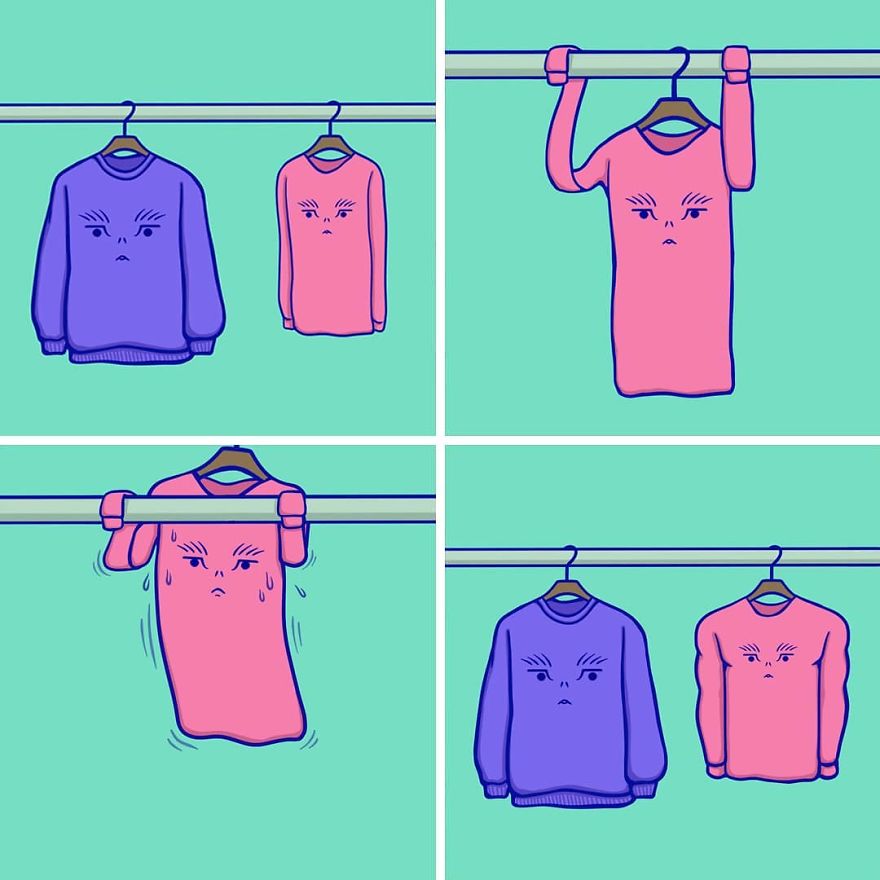 If you liked the strips, check out these 30 Hilariously Absurd Comics With Dark Undertones and 40 Hilarious And Dark Comics With A Sudden Twist By Scribbly G. Chances are, you would enjoy them as well. 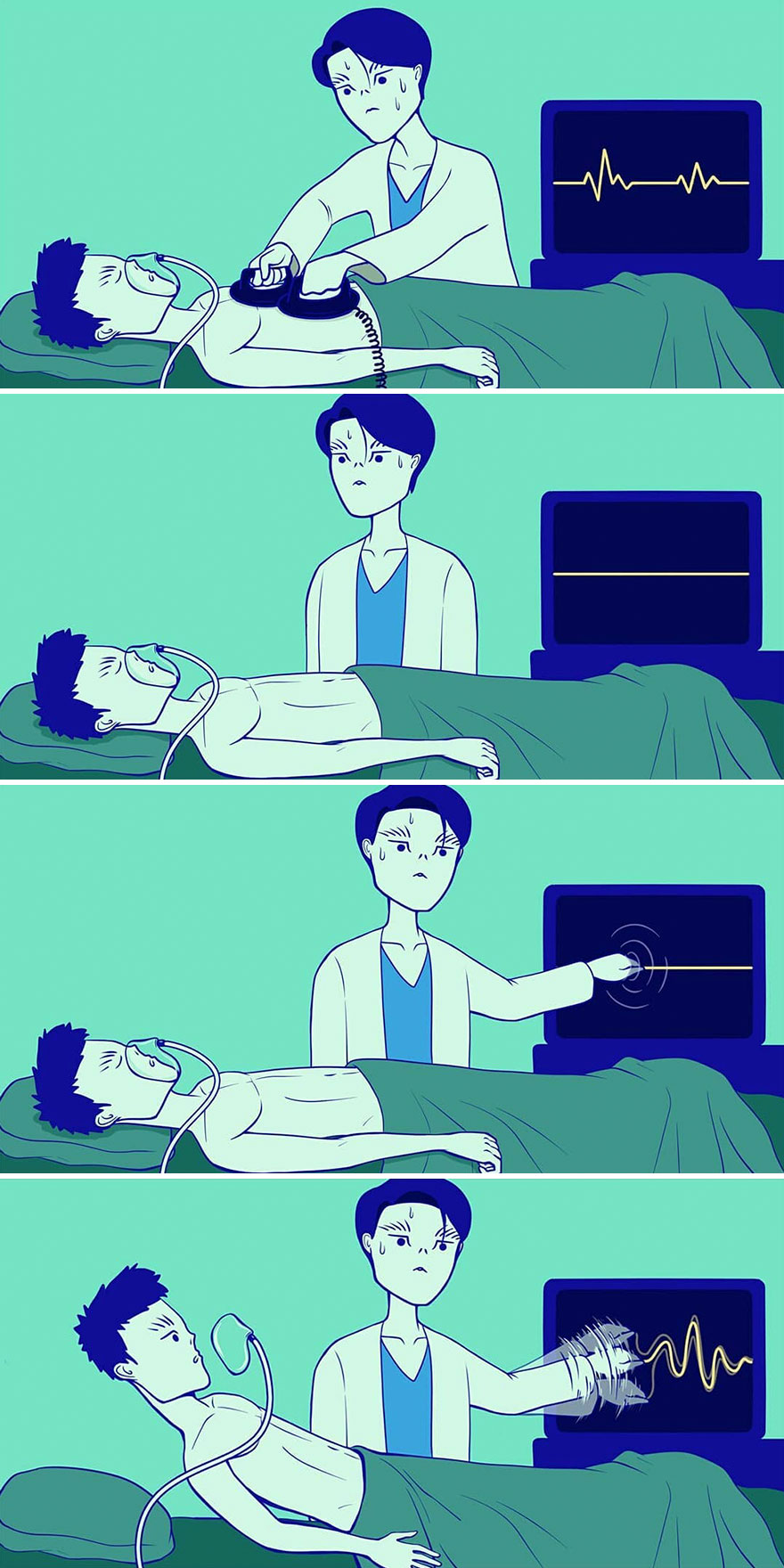 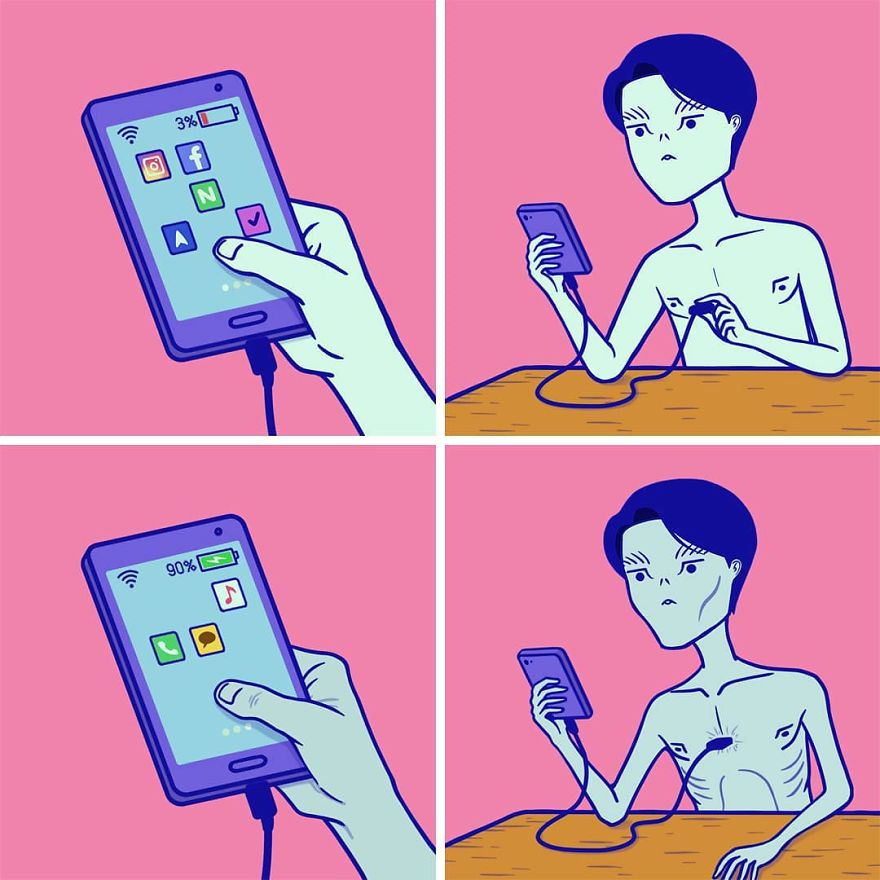 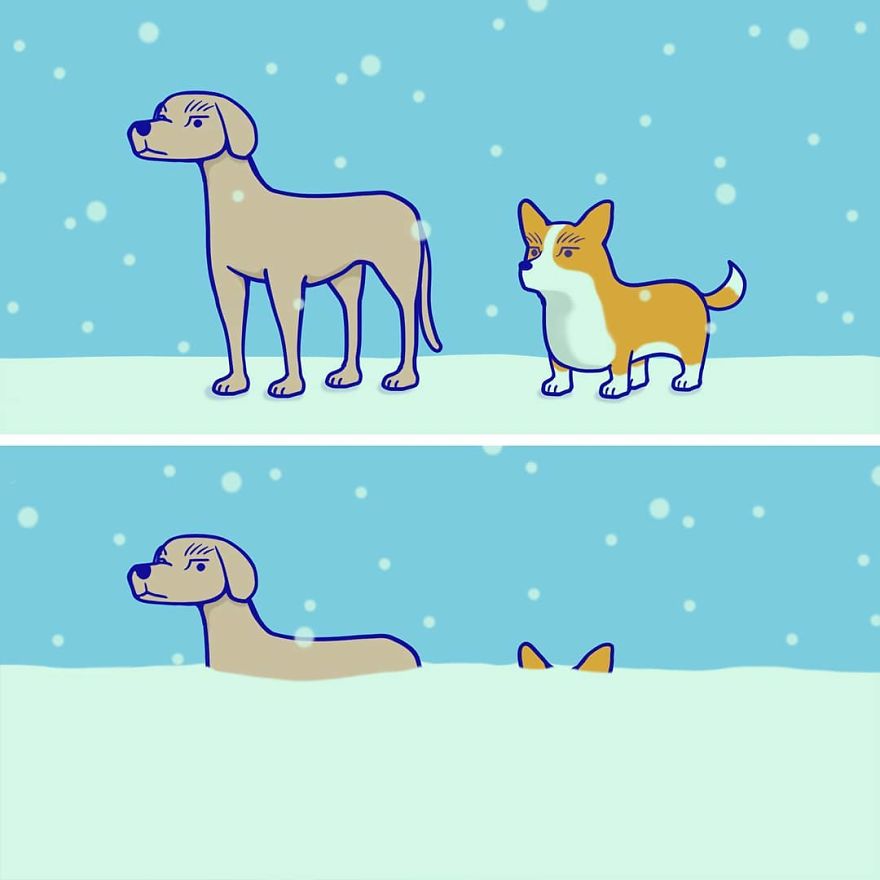 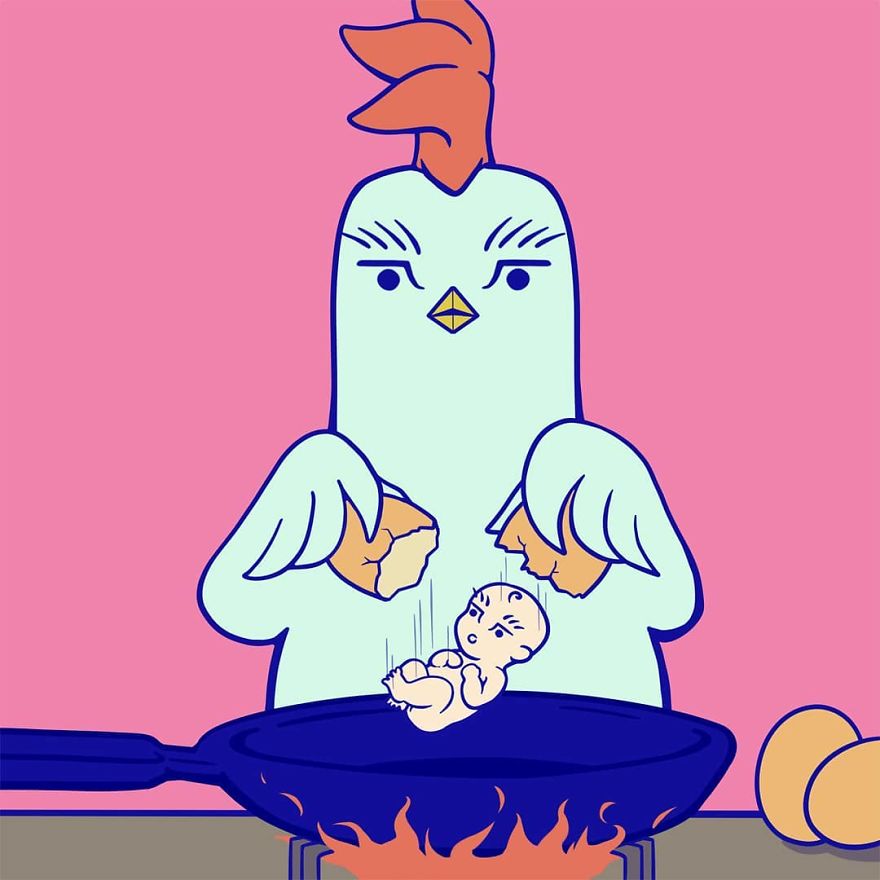 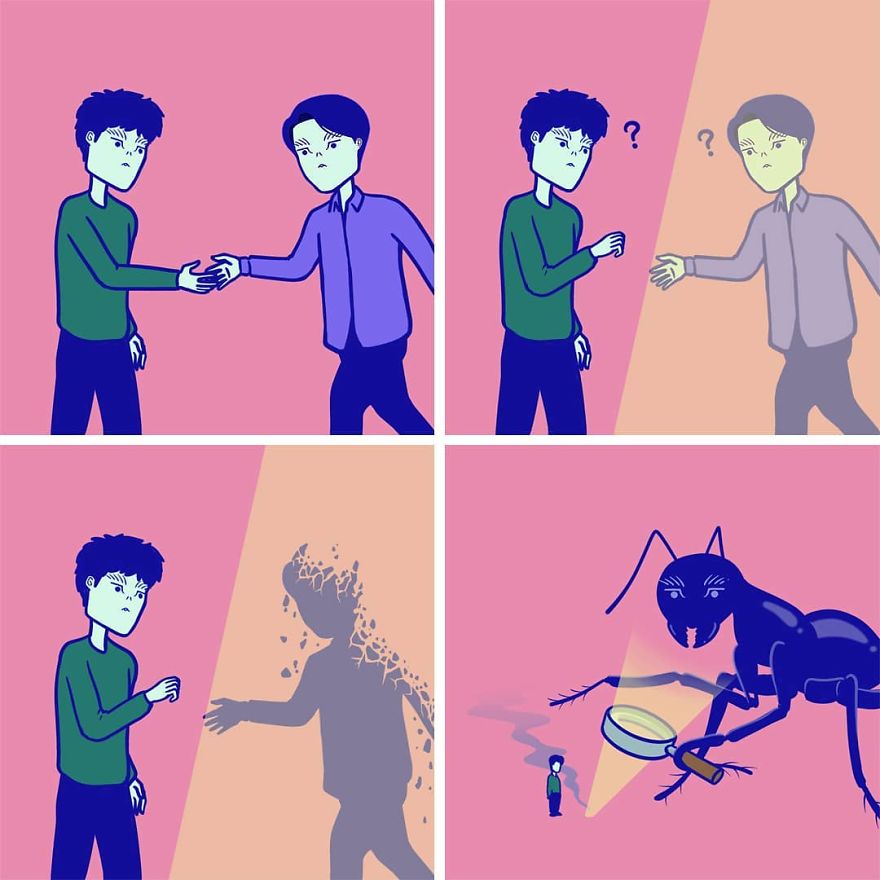 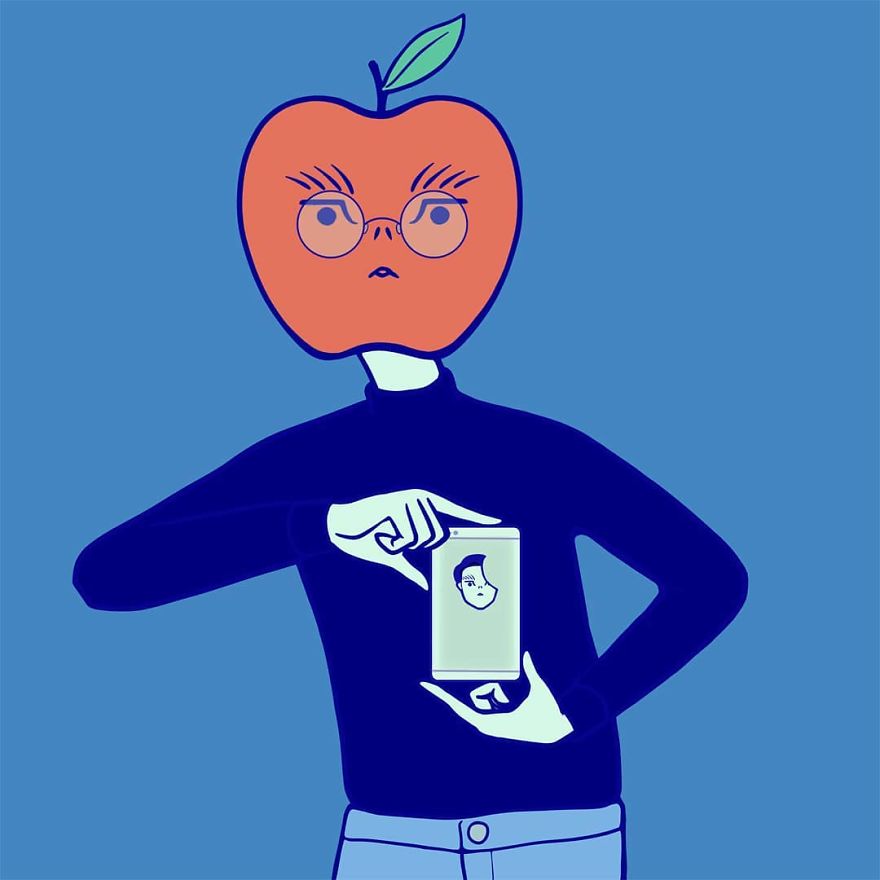 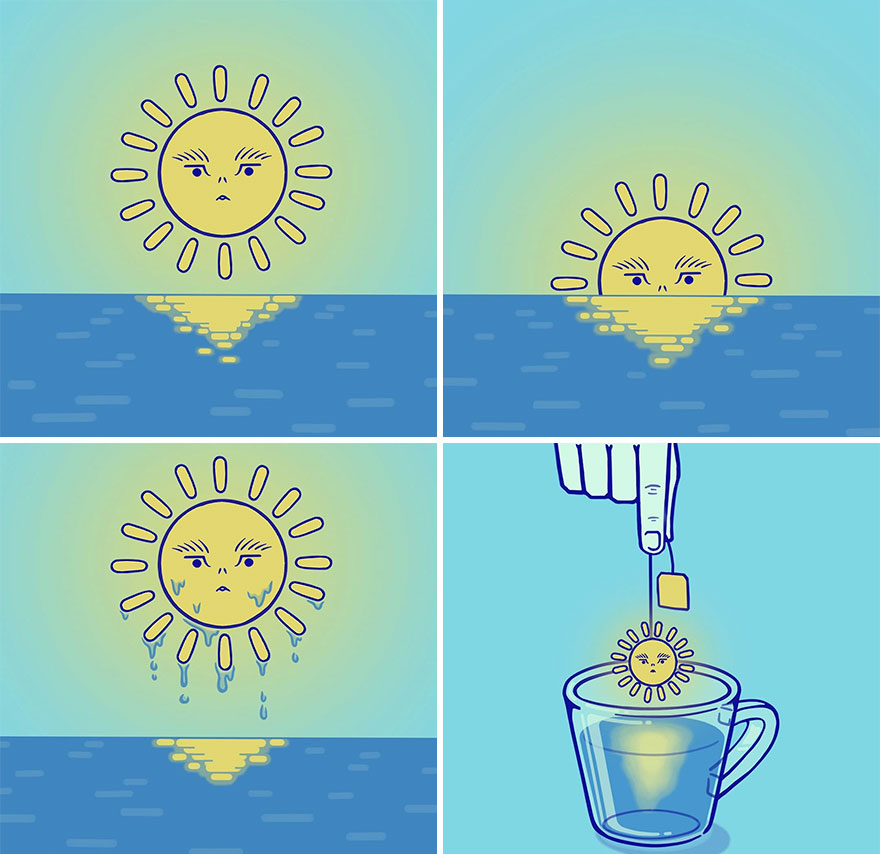 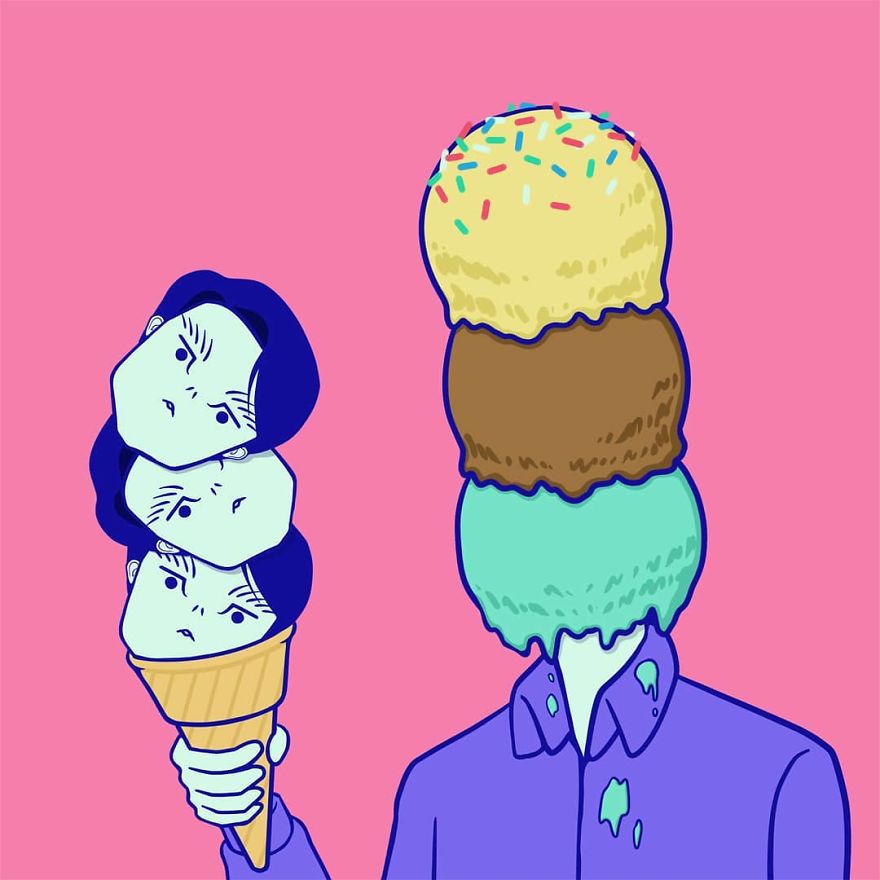 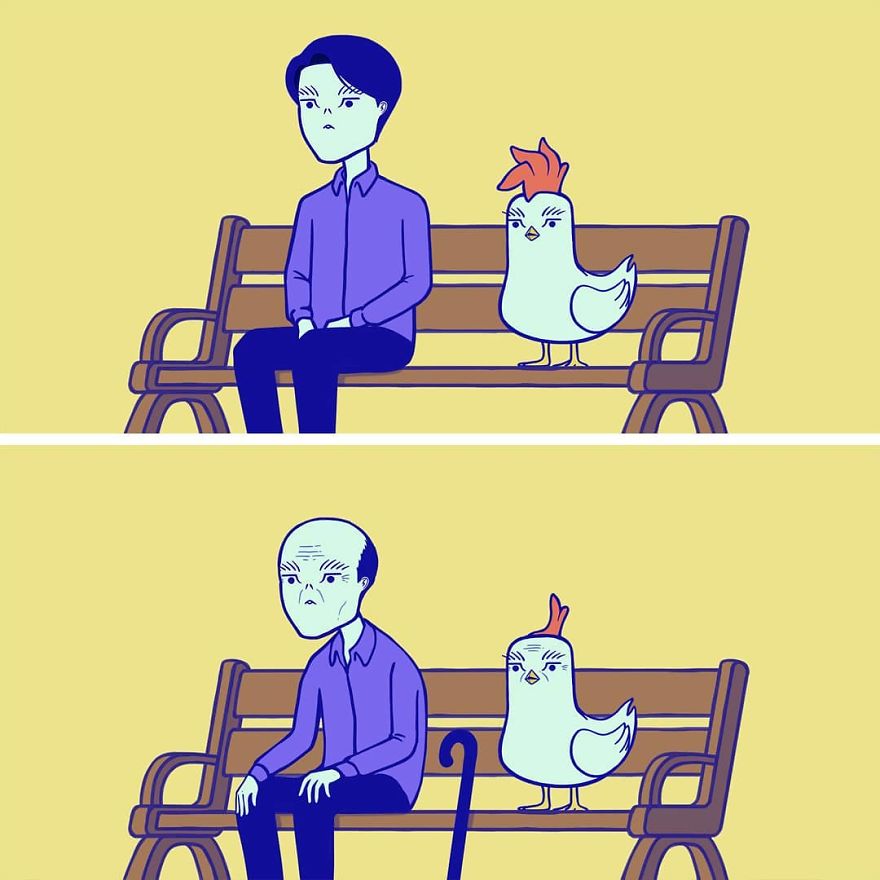 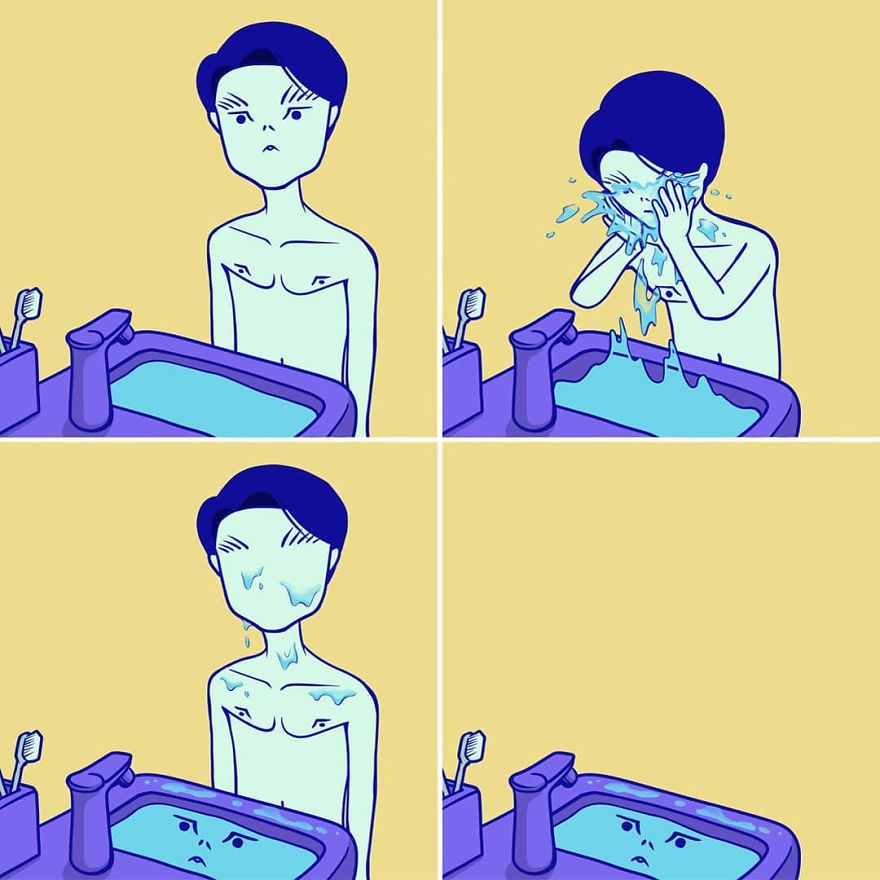 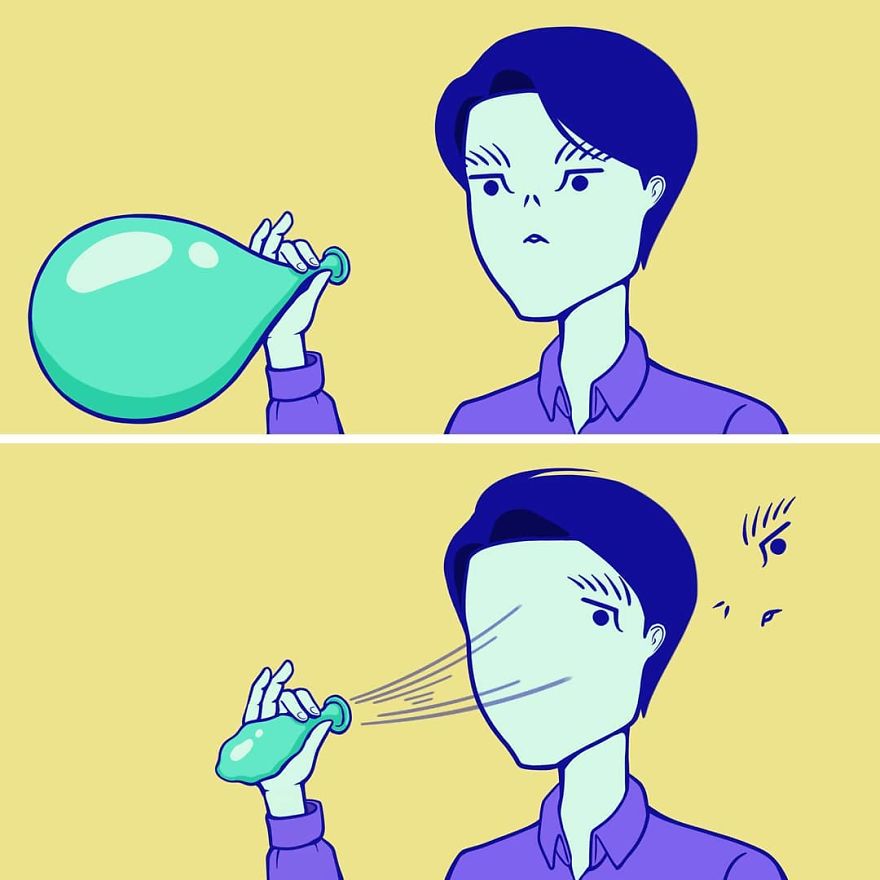 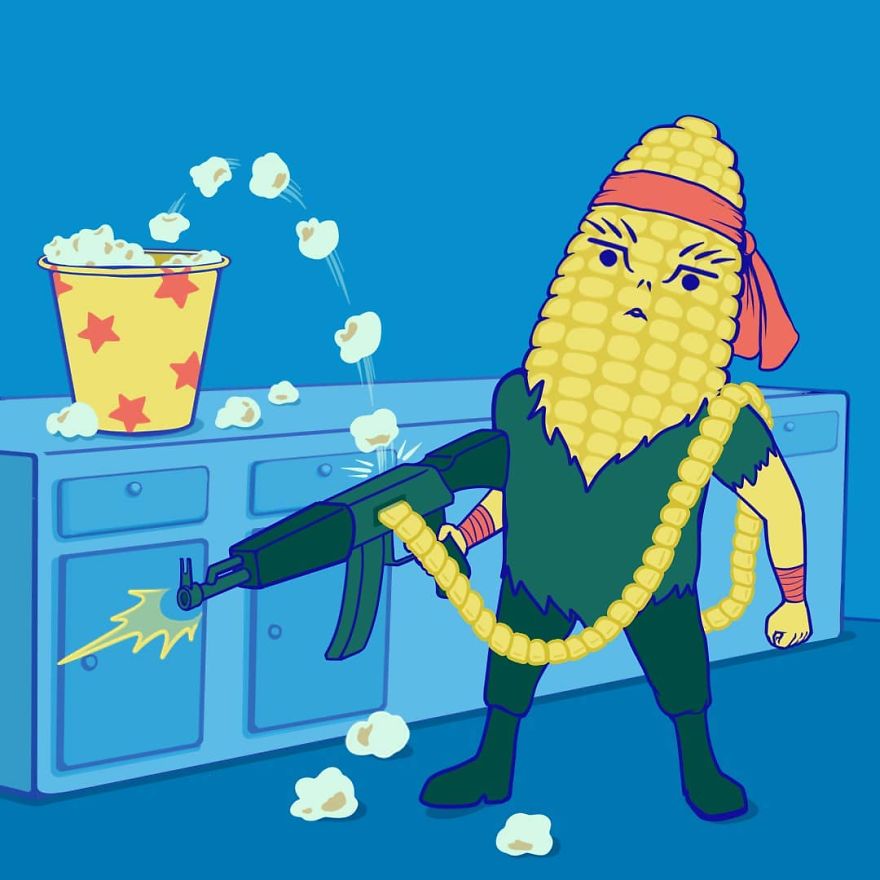 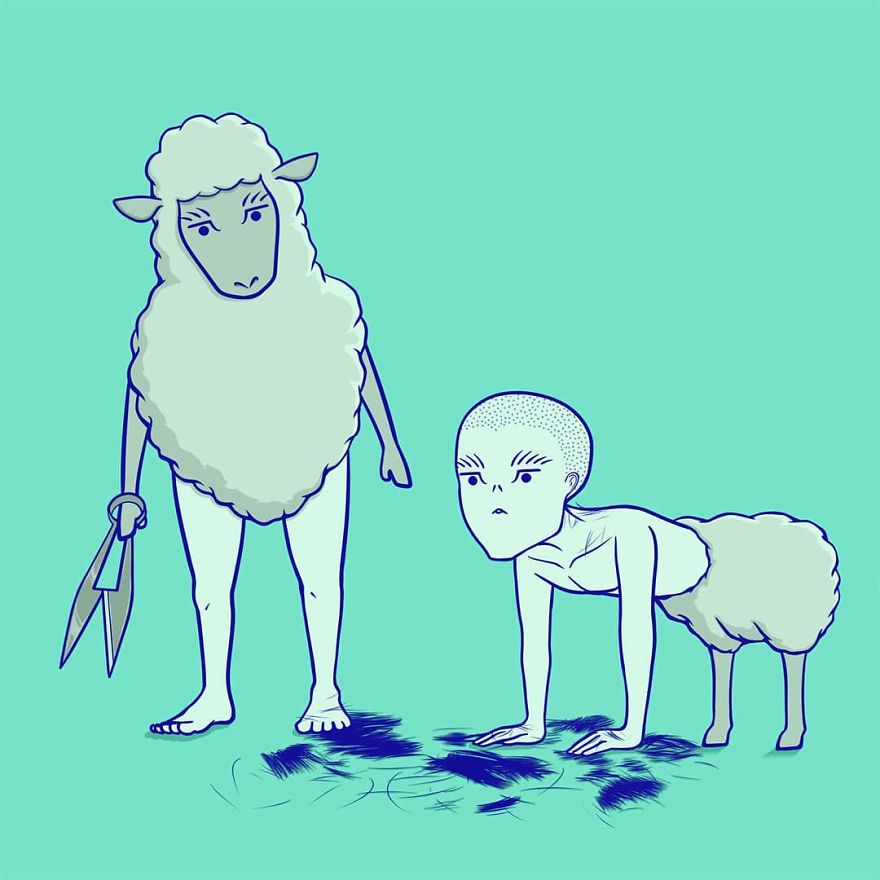 Researchers put 3D glasses on cuttlefish for...science BY ANNA IOVINE No, it's not watching a movie.IMAGE: UNIVERSITY…

By Ben Taub Scottish dog walkers beware: There is a bridge in West Dunbartonshire that is said to have…