What if all viruses disappeared? 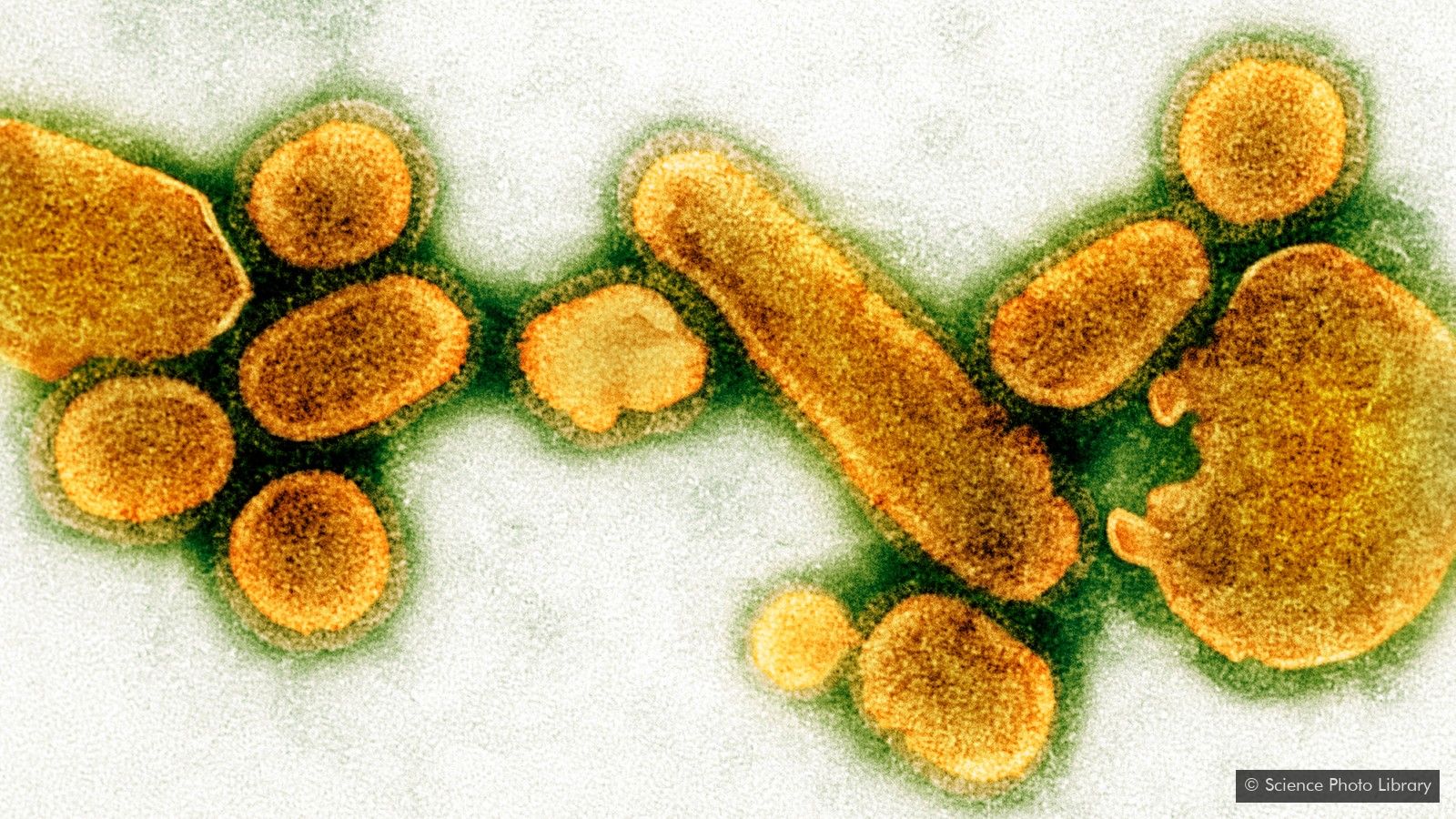 If all viruses disappeared, the world would be very different — and not necessarily for the better. But what exactly would happen?

Viruses seem to exist solely to wreak havoc on society and bring suffering to humanity. They have cost untold lives over the millennia, often knocking out significant chunks of the global population – from the 1918 influenza epidemic which killed 50 to 100 million people to the estimated 200 million who died from smallpox in the 20th Century alone. The current Covid-19 pandemic is just one in a series of ongoing and never-ending deadly viral assaults.

If given the choice to magically wave a wand and cause all viruses to disappear, most people would probably jump at that opportunity, especially now. Yet this would be a deadly mistake – deadlier, in fact, than any virus could ever be.

“If all viruses suddenly disappeared, the world would be a wonderful place for about a day and a half, and then we’d all die – that’s the bottom line,” says Tony Goldberg, an epidemiologist at the University of Wisconsin-Madison. “All the essential things they do in the world far outweigh the bad things.”

The vast majority of viruses are not pathogenic to humans, and many play integral roles in propping up ecosystems. Others maintain the health of individual organisms – everything from fungi and plants to insects and humans. “We live in a balance, in a perfect equilibrium”, and viruses are a part of that, says Susana Lopez Charretón, a virologist at the National Autonomous University of Mexico. “I think we’d be done without viruses.” 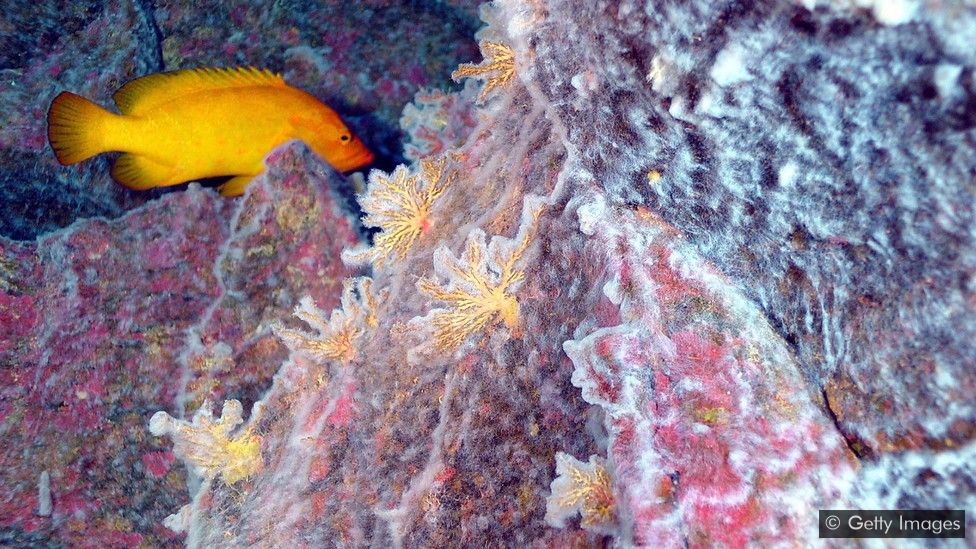 Most people are not aware of the role viruses play in supporting much of life on Earth, because we tend to focus only on the ones that cause humanity trouble. Nearly all virologists solely study pathogens; only recently have a few intrepid researchers begun investigating the viruses that keep us and the planet alive, rather than kill us.

“It’s a small school of scientists who are trying to provide a fair and balanced view of the world of viruses, and to show that there are such things as good viruses,” Goldberg says.

What scientists know for sure is that without viruses, life and the planet as we know it would cease to exist. And even if we wanted to, it would probably be impossible to annihilate every virus on Earth. But by imagining what the world would be like without viruses, we can better understand not only how integral they are to our survival, but also how much we still have to learn about them. 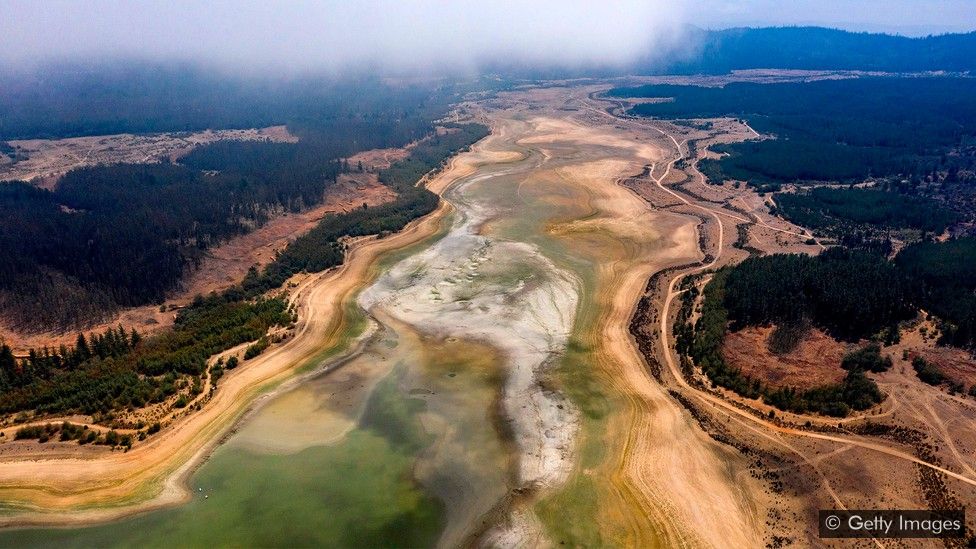 For a start, researchers do not know how many viruses even exist. Thousands have been formally classified, but millions may be out there. “We’ve discovered only a small fraction because people haven’t looked much,” says Marilyn Roossinck, a virus ecologist at Penn State University. “It’s just bias – the science has always been about the pathogens.”

Nor do scientists know what percentage of total viruses are problematic toward humans. “If you looked numerically, it would be statistically close to zero,” says Curtis Suttle, an environmental virologist at the University of British Columbia. “Almost all viruses out there are not pathogenic to things we care about.”

What we do know is that phages, or the viruses that infect bacteria, are extremely important. Their name comes from the Greek phagein, meaning “to devour” – and devour they do. “They are the major predators of the bacterial world,” Goldberg says. “We would be in deep trouble without them.”

This would be especially problematic in the ocean, where more than 90% of all living material, by weight, is microbial. Those microbes produce about half the oxygen on the planet – a process enabled by viruses. 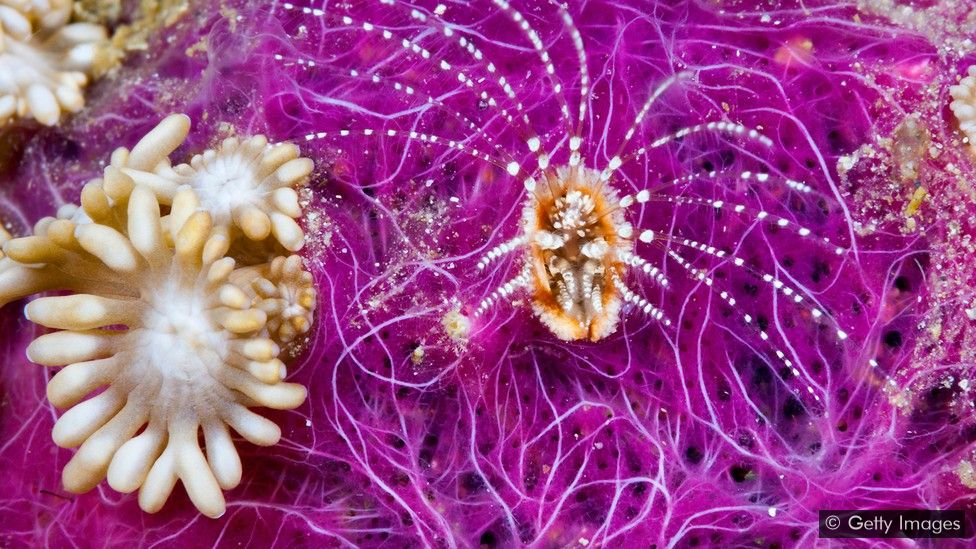 These viruses kill about 20% of all oceanic microbes, and about 50% of all oceanic bacteria, each day. By culling microbes, viruses ensure that oxygen-producing plankton have enough nutrients to undertake high rates of photosynthesis, ultimately sustaining much of life on Earth. “If we don’t have death, then we have no life, because life is completely dependent on recycling of materials,” Suttle says. “Viruses are so important in terms of recycling.”

Researchers studying insect pests also have found that viruses are critical for species population control. If a certain species becomes overpopulated, “a virus will come through and wipe them out”, Roossinck says. “It’s a very natural part of ecosystems.” This process, called “kill the winner”, is common in many other species as well, including our own – as evidenced by pandemics. “When populations become very abundant, viruses tend to replicate very rapidly and knock that population down, creating space for everything else to live,” Suttle says. If viruses suddenly disappeared, competitive species likely would flourish to the detriment of others.

“We’d rapidly lose a lot of the biodiversity on the planet,” Suttle says. “We’d have a few species just take over and drive out everything else.”

Some organisms also depend on viruses for survival, or to give them an edge in a competitive world. Scientists suspect, for example, that viruses play important roles in helping cows and other ruminants turn cellulose from grass into sugars that can be metabolised and ultimately turned into body mass and milk.

Researchers likewise think that viruses are integral for maintaining healthy microbiomes in the bodies of humans and other animals. “These things are not well understood, but we’re finding more and more examples of this close interaction of viruses being a critical part of ecosystems, whether it’s our human ecosystem or the environment,” Suttle says.

Roossinck and her colleagues have discovered concrete evidence supporting this. In one study, they examined a fungus that colonises a specific grass in Yellowstone National Park. They found that a virus that infects that fungus allows the grass to become tolerant to geothermal soil temperatures. “When all three are there – the virus, fungi and plant – then the plants can grow in really hot soils,” Roossinck says. “The fungus alone doesn’t do it.” 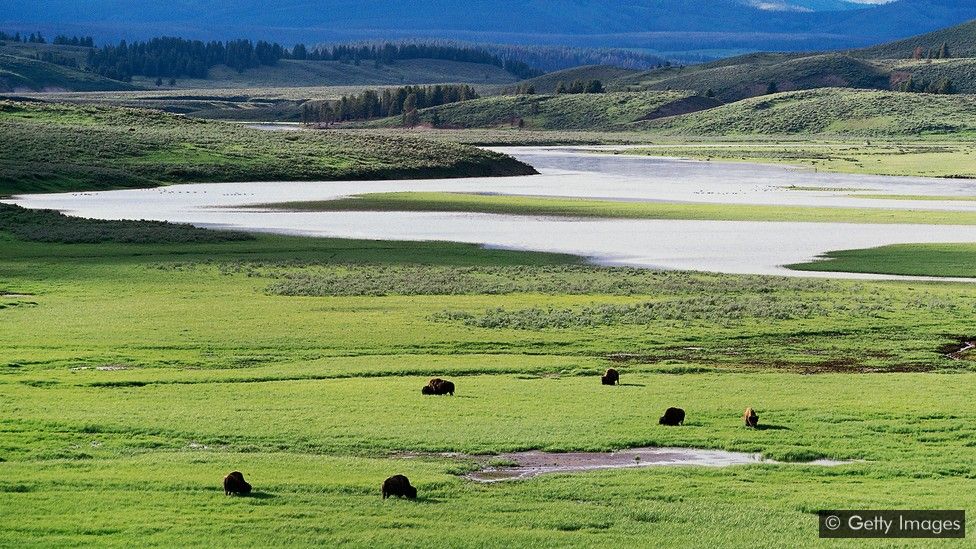 In another case study, Roossinck found that a virus passed through jalapeno seeds allows infected plants to deter aphids. “Aphids are more attracted to plants that don’t have the virus, so it’s definitely beneficial,” Roossinck says.

She and her colleagues have discovered that plants and fungi commonly pass viruses from generation to generation. While they have yet to pinpoint the function of most of those viruses, they assume the viruses must somehow be helping their hosts. “Otherwise, why would plants hang on to them?” Roossinck says. If all of those beneficial viruses disappeared, plants and other organisms that host them would likely become weaker or even die.

Infection with certain benign viruses even can help to ward off some pathogens among humans. 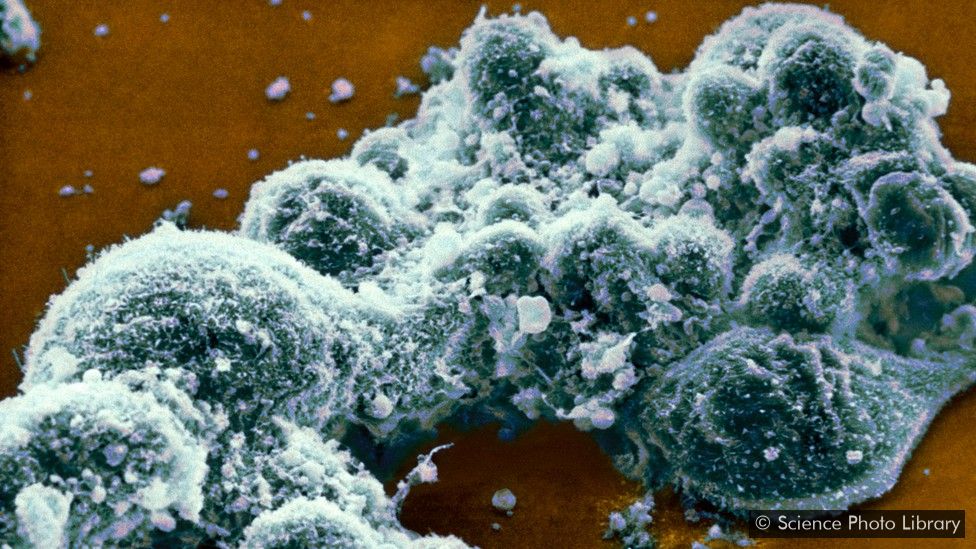 While lifelong infection with herpesviruses “are commonly viewed as solely pathogenic,” they write, their data suggest that herpes in fact enters into a “symbiotic relationship” with its host by conferring immune benefits. Without viruses, we and many other species might be more prone to succumbing to other diseases.

Viruses are also some of the most promising therapeutic agents for treating certain maladies. Phage therapy, the subject of considerable research in the Soviet Union as far back as the 1920s, uses viruses to target bacterial infections. It’s now a quickly growing field – not only because of increasing antibiotic resistance, but also because of the ability to fine-tune treatments to knock out specific bacterial species rather than indiscriminately wipe our entire bacterial populations, as antibiotics do. (Read more about what we do and don’t know about our microbiome).

“Quite a number of lives have been saved by using viruses when antibiotics have failed,” Suttle says. Oncolytic viruses, or ones that selectively infect and destroy cancer cells, are also increasingly being explored as a less toxic and more efficient cancer treatment. Whether targeting harmful bacteria or cancer cells, therapeutic viruses act “like little microscopic guided missiles that go in and blow up the cells we don’t want”, Goldberg says. “We need viruses for a suite of research and technology development efforts that are going to lead us into the next generation of therapeutics.”

Because they are constantly replicating and mutating, viruses also hold a massive repository of genetic innovation that other organisms can incorporate. Viruses replicate by inserting themselves into host cells and hijacking their replication tools. If this happens in a germline cell (eggs and sperm), the viral code can be passed on to the next generation and become permanently integrated. “All organisms that can be infected with viruses have an opportunity to suck up viral genes and use them to their advantage,” Goldberg says. “The insertion of new DNA into genomes is a major mode of evolution.” The disappearance of viruses, in other words, would impact the evolutionary potential for all life on the planet – including Homo sapiens.

Viral elements account for an estimated 8% of the human genome, and mammalian genomes in general are peppered with around 100,000 remnants of genes originating from viruses. Viral code often manifests as inert pieces of DNA, but sometimes it confers new and useful – even essential – functions. In 2018, for example, two research teams independently made a fascinating discovery. A gene of viral origin encodes for a protein that plays a key role in long-term memory formation by moving information between cells in the nervous system. 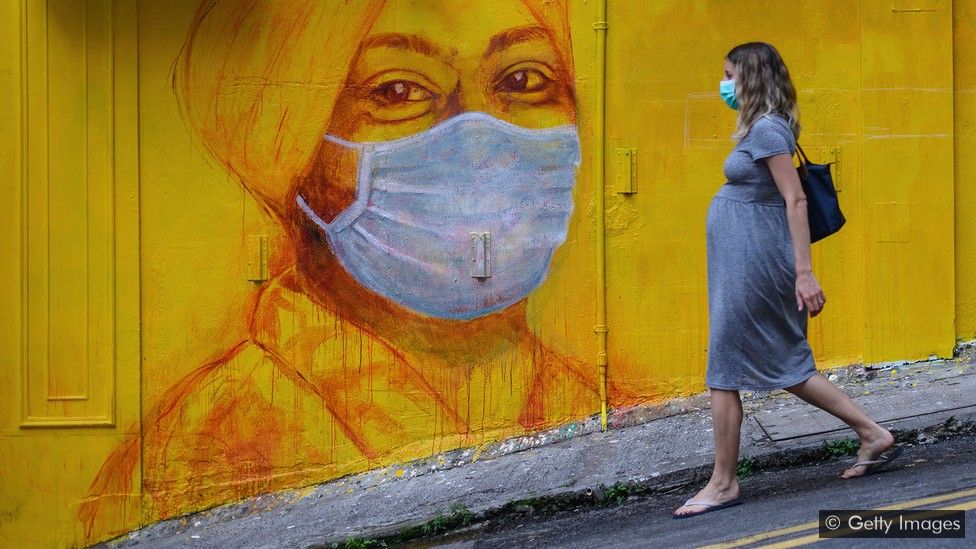 The most striking example, though, relates to the evolution of the mammalian placenta and the timing of gene expression in human pregnancy. Evidence indicates that we owe our ability to have live births to a bit of genetic code that was co-opted from ancient retroviruses that infected our ancestors more than 130 million years ago. As the authors of that 2018 discovery wrote in PLOS Biology: “It is tempting to speculate that human pregnancy would be very different – perhaps even nonexistent – were it not for eons of retroviral pandemics afflicting our evolutionary ancestors.”

Experts believe that such signatures occur throughout all forms of multi-cellular life. “There are likely many functions that remain unknown,” Suttle says.

Scientists have only just begun to discover the ways that viruses help to sustain life, because they have only just begun to look. Ultimately, though, the more we learn about all viruses, not just the pathogens, the better equipped we will be to harness certain viruses for good and to develop defenses against others that could lead to the next pandemic.

More than that, learning more about the wealth of viral diversity will help us unlock a deeper understanding of how our planet, ecosystems and very bodies work. As Suttle says, “We need to invest some effort in trying to figure out what’s out there, just for our own good.”

Why Are Right-Handed People More Common? By Zidbits It is estimated that between 70-90% of the human population is…

Can A Human Be Frozen And Brought Back To Life? By Zidbits We see it all the time in…