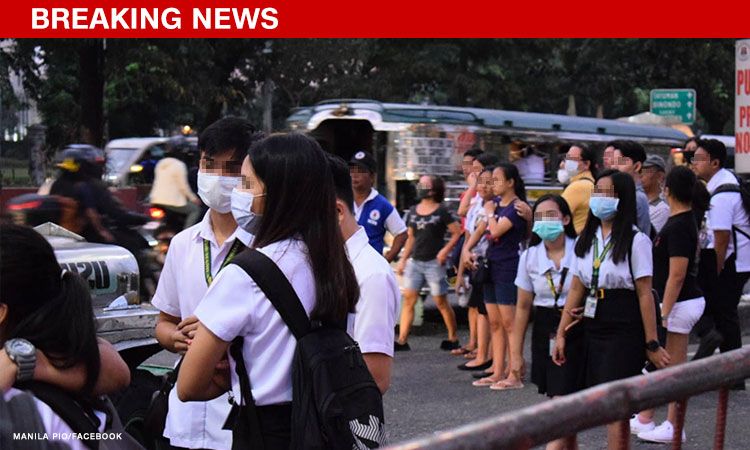 Metro Manila (CNN Philippines, February 5) — A 60-year-old Chinese woman has been confirmed as the country’s third case of the novel coronavirus or 2019-nCoV, the Department of Health said Wednesday.

The Chinese national arrived in Cebu City from Wuhan, China via Hong Kong on January 20. She also went to Bohol, Health Undersecretary Eric Domingo said in a briefing.

Domingo said the patient initially tested negative for samples taken on January 24. This was confirmed both by the Research Institute for Tropical Medicine in Muntinlupa City and the Victorian Infectious Disease Reference Laboratory in Australia, he said. However, authorities decided to test the samples that were obtained on January 23 — which came out positive.

"The picture is that the patient was infected but was getting better and nagnegative na siya [she tested negative] on the 24th and a week later siya nadischarge [she was discharged]," explained Domingo.

He said the patient already returned to China on January 31 after it was confirmed that she tested negative for the virus.

When the woman arrived in the country, she was already feeling unwell, Domingo said. She stayed in her hotel room and was admitted to the hospital the next day. On the other hand, her companions did not feel experience any sickness, he added.

"Remember this, January 20, so medyo open pa wala pang ban ng [it was still open, there was no ban on] flights anywhere and we had very limited information on the nCoV and it was really tracking patients with fever so this patient had no fever when she was passing through our airport," the health official said.

Domingo said they will only conduct contact-tracing on the patient's flight from China going to the Philippines since she no longer had the infection during her trip back home.

Airline company Cebu Pacific said it has already reached out to the crew members of the flight the woman boarded going to Cebu.

"It looks like they are all okay but we will be verifying that," Cebu Pacific Spokesperson Charo Lagamon told CNN Philippines' Newsroom.

As for contacting the passengers, she said the company already left the lists, including that of passengers in the flights of the other two positive 2019-nCoV patients, to DOH and the Bureau of Quarantine.

DOH in Region 7 also said it has begun checking the staff of the hotel and hospital where the woman stayed.

DOH-7 Regional Director Jaime Bernadas said the woman and her four companions immediately took a ferry boat at Pier 1 in Cebu City after arriving at the Mactan-Cebu International Airport. The boat traveled to Tagbilaran City, Bohol. DOH is also looking for the woman's fellow passengers on the boat, Bernadas said.

Domingo revealed that the DOH learned of the positive test results on Monday evening but he said they were unable to announce it to the public since they had to attend the Senate hearing the next day.

He said there are also some cases in China wherein patients eventually tested negative even after initially testing positive for 2019-nCoV.

"Mae-eliminate mo 'yung virus from your body as your immune system mounts 'yung [the] defense against it so unless it's completely eliminated from your body and it's negative that's when you can send the patient home," he explained.

The couple who arrived in the country two weeks ago from Wuhan — the Chinese city at the epicenter of the 2019-nCoV outbreak — are the Philippines' first two confirmed cases of infection with the new coronavirus.

Domingo said the first case, a 38-year-old Chinese woman, no longer has fever, cough and colds but recent tests showed she is still infected with 2019-nCoV.

"Wala na talaga siyang sakit [She was no longer sick] for the past week, no fever, no cough, no colds. However, the latest test that was done itong [this] last 48 hours was still positive pero [but] there were signs na 'yung [the] viral load niya bumababa [has gone down]," he said.

Domingo said they cannot allow her to return to China yet as long as she still has the virus.

The second case, a 44-year-old Chinese man, who along with his partner visited Dumaguete, Cebu and Manila, died from health complications Saturday making him the first 2019-nCoV fatality outside of mainland China.

The second death outside the world’s most populous country was recorded in Hong Kong, one of China’s special administrative regions.

The global death toll from the 2019-nCoV was at 490 as of Wednesday morning, with more than 24,000 cases of infection recorded in at least 28 countries and territories, including mainland China, according to the Johns Hopkins University's Center for Systems Science and Engineering that tracks coronavirus cases across the world.

The number of deaths from the 2019-nCov has overtaken that from the Severe Acute Respiratory Syndrome epidemic in China in 2002, which left 349 dead, CNN reported.

But the new virus that in some cases can lead to fatal acute respiratory disease, has a lower mortality rate of about two percent compared to around 10 percent for SARS and 35 percent for the Middle East Respiratory Syndrome, health experts said.