WHO chief Tedros in the eye of the storm 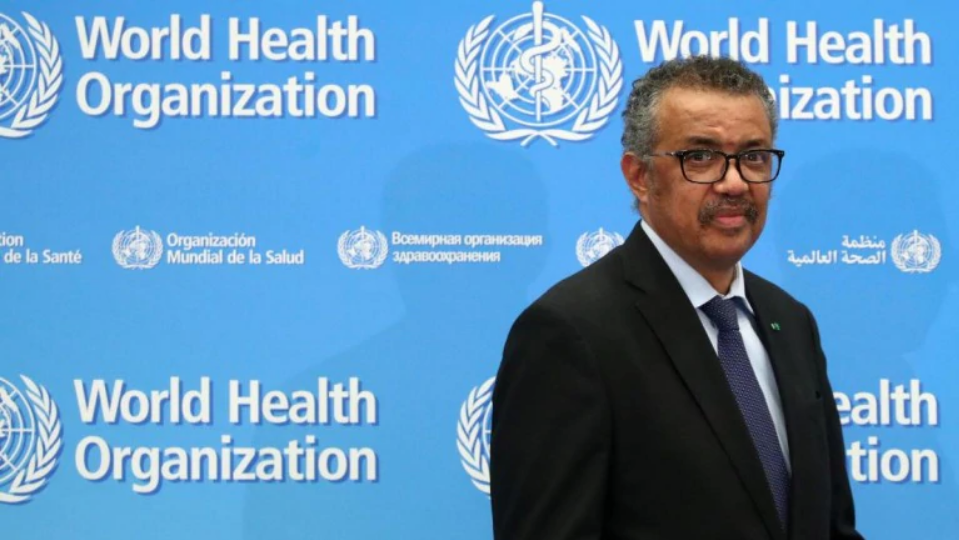 Tedros Adhanom Ghebreyesus, the first African to head the World Health Organization (WHO).

The former Ethiopian minister of health and foreign affairs finds himself at the heart of global efforts to rein in the novel coronavirus, which has now killed more than 300,000 people and infected close to five million.

On Monday, Tedros opens the UN health agency's main annual event, the World Health Assembly, which due to the pandemic will be held virtually and has been trimmed from the usual three weeks to just two days.

Amid the Covid-19 outbreak, Tedros said the event would be "one of the most important (WHAs) since we were founded in 1948".

Countries hope to adopt by consensus a resolution urging a joint response to the crisis, but the efforts have been clouded by steadily deteriorating relations between the world's two largest economies.

Trump last week threatened to cut ties with China, where the outbreak began late last year, over its role in the spread of Covid-19, and has repeatedly made unproven allegations that the virus originated in a Chinese lab.

The US president has also ramped up criticism of Tedros and WHO, accusing them of being too close to China and mismanaging the pandemic response.

And last month, Trump announced that Washington, the biggest contributor to the UN health agency, would suspend its funding.

The pandemic, combined with the threat of lost US funding, clearly constitutes the biggest challenge to date in the WHO director-general's three-year tenure.

But Tedros, 55, a malaria specialist with degrees from Britain in public health and immunology, and the first person ever elected to the helm of the WHO, should have the legitimacy and strong support to weather the storm.

Tedros is renowned for his warmth and a tendency to call everyone from colleagues to world leaders "brother" or "sister", setting him apart from the famously cool persona of his appointed predecessor, Margaret Chan of China.

And his handling of the crisis has drawn widespread praise.

"Tedros is the best director general that I have worked with, perhaps since Gro Brundtland," renowned US epidemiologist Larry Brilliant told AFP, referring to the former Norwegian prime minister who served as WHO chief from 1998 to 2003.

"He is an incredibly smart, open, honest, science-based man."

While he always seems to have a smile lurking under his trimmed moustache, Tedros has also revealed a fiery side.

After a hefty barrage of criticism from Trump last month, Tedros warned that "if you don't want many more body-bags then you refrain from politicising" the pandemic.

During that virtual briefing on April 8, Tedros also revealed that for months he had faced a virulent campaign of abuse against him, including racist comments and death threats.

On social media meanwhile, a battle is raging between the pro- and anti-Tedros camps. The WHO chief himself has joined the virtual fight, retweeting messages of support from a range of African leaders, other political actors and scientists.

"I've known Dr Tedros for 27 years... He is a man of great principle, and his calm but firm, courageous leadership of WHO during this terrible Covid-19 pandemic is exactly what the world needs right now," tweeted Laura Hammond, a University of London professor.

He also has a knack for diplomacy.

During the 2017 election, he highlighted his drive as health minister to expand basic healthcare by building thousands of clinics and boosting community-based health services, and vowed to give the WHO a similar overhaul, with an emphasis on global health coverage.

When he took over, the organisation was undergoing far-reaching reforms after mismanaging the initial response to the Ebola outbreak in west Africa, which killed more than 11,300 people between 2013 and 2016.

But just a few months into his tenure, he created a scandal by appointing Zimbabwe's then-president Robert Mugabe as a WHO goodwill ambassador. He was forced to backtrack.

That gaffe however has largely been forgotten, as the WHO under Tedros has scaled up emergency response capabilities and astutely responded to two new Ebola outbreaks in the Democratic Republic of the Congo.

The media is messing with us. At least, our memories. BY DEREK BERES The distracting nature of modern media…