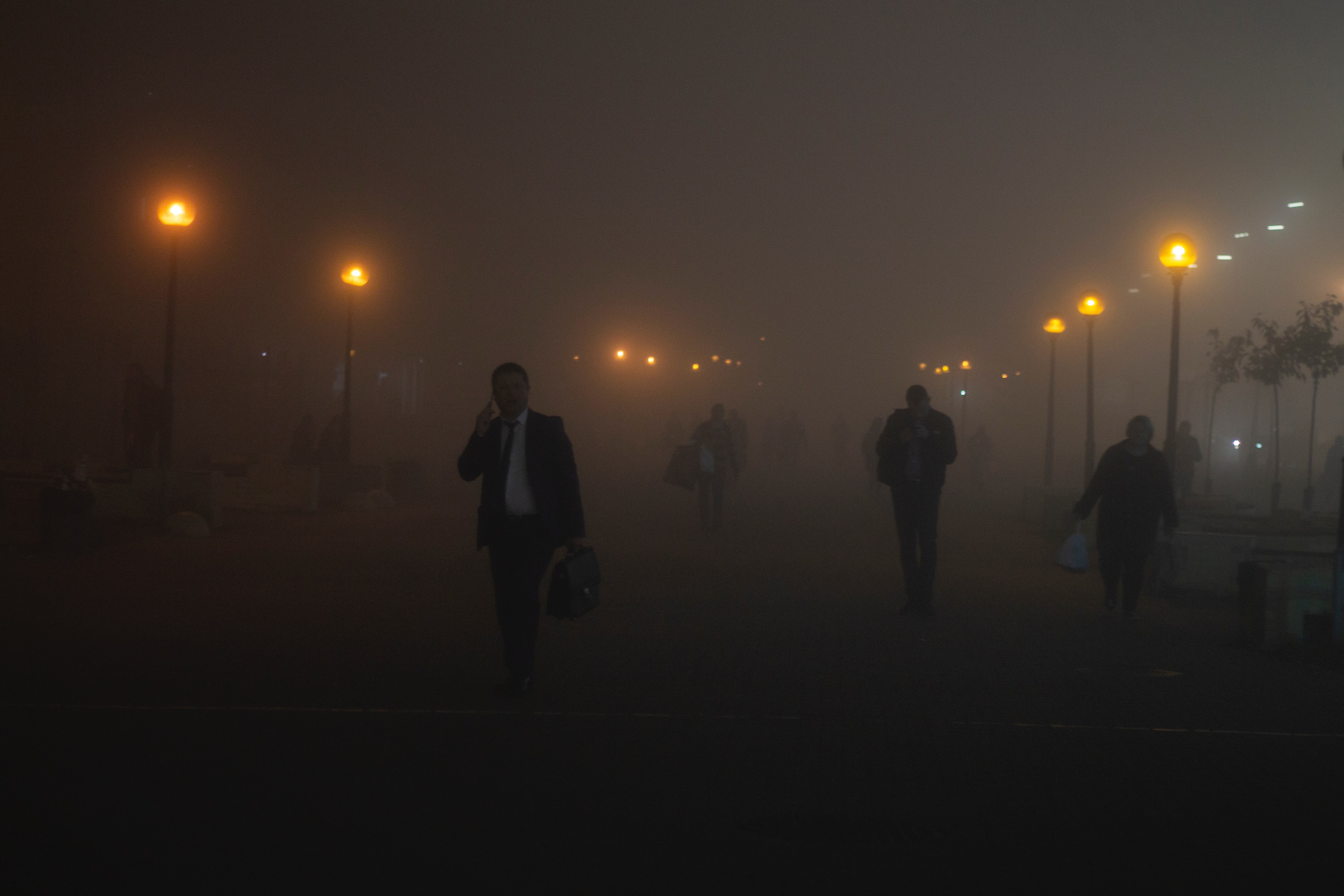 We know that high levels of air pollution can have worrying impacts on our bodies, from contributing to lung and heart disease to increasing our risk of silent miscarriage. Just this week, a new inquest into the death of a 9-year-old girl who lived near a busy London road was announced – she died of a severe asthma attack in 2013 that may have been caused by air pollution.

But it's not just our physical health that's affected. Previous studies have linked high levels of air pollution to spikes in psychiatric problems among children, psychotic experiences, and neurological conditions like bipolar disorder. Now, a first-of-its-kind review and meta-analysis has assessed how air pollution impacts our mental health, finding that it could be causing “substantial harm”.

The World Health Organization (WHO) currently recommends that people are exposed to no more than 10 micrograms of fine particulate matter – tiny particles like dust and soot – per square meter (μg/m3). However, many of us in busy cities, from New York to London to Dehli to Beijing, breathe air with pollution levels far above this safe limit.

In the new study, the team found that an increase of fine particulate matter, aka PM2.5, of 10μg/m3 over long periods could increase your risk of depression by 10 percent. In Delhi, PM2.5 levels have reached 114μg/m3, potentially increasing millions of people’s chances of developing depression.

In London, where people are exposed to 12.8μg/m3 of fine particulate matter on average, the researchers believe depression risk could drop by 2.5 percent if pollution levels were dragged down to 10μg/m3. The team also identified a possible link between long-term exposure and risk of anxiety.

While long-term exposure to PM2.5 could influence depression and anxiety, the researchers also note that short-term exposure to coarse particulate matter (PM10) – larger particles of pollution like dust and smoke – appears to impact suicide risk. Their findings suggest that if a person is exposed to PM10 over a three-day period, their risk of suicide could rise by 2 percent for every 10μg/m3 increase in this coarse particulate matter.

The researchers are quick to point out that their findings don’t necessarily indicate a causal relationship between air pollution and mental health issues, just that there appears to be some sort of link. So, even if you live in a highly polluted area, you’re not destined to develop depression or anxiety.

"Our findings correspond with other studies that have come out this year, with further evidence in young people and in other mental health conditions,” said senior author Dr Joseph Hayes of UCL in a statement. “While we cannot yet say that this relationship is causal, the evidence is highly suggestive that air pollution itself increases the risk of adverse mental health outcomes."

Noise exposure in cities is a possible confounding factor and has been linked to psychological effects, including through sleep disturbance. Green space is another confounder, given it may reduce depression risk and improve mental health.

While much more research is needed to reveal the exact relationship between air pollution and our mental health, the findings add to a mounting pile of evidence that suggests dirty air is not good for us. Lawmakers have the power to curb air pollution to protect the public’s health and wellbeing. Unfortunately, policies to tackle air pollution often just aren’t drastic enough.

"A lot of what we can do to reduce air pollution can also benefit our mental health in other ways, such as enabling people to cycle or walk rather than drive, and enhancing access to parks, so this adds support to the promotion of active travel and urban green spaces," said Hayes.

By Noam Shpancer Ph.D. Despite lingering stigma, childfree women are often happier. Whether to have children is one…

By Gary L. Wenk Ph.D. Psilocybin has demonstrated modest benefits for some depressed people. Depression and suicide are…