We often hear that exceptional achievers tend to sleep very little. But for all the heroic showing-off underpinning these claims about how little we sleep, even when that time is used for something productive, chances are your performance and career will take a hit in the long run — not to mention your personal life.

Lack of sleep leads to detriments in job performance, productivity, career progression and satisfaction, and an increase in job-related accidents, absenteeism, and counterproductive work behaviors. Conversely, better sleep has been linked to improved memory and learning. Even short naps have been found to have significant positive effects on work performance. One of the best ways to ensure a productive day at the office is to make sure you’re getting a good night’s sleep. 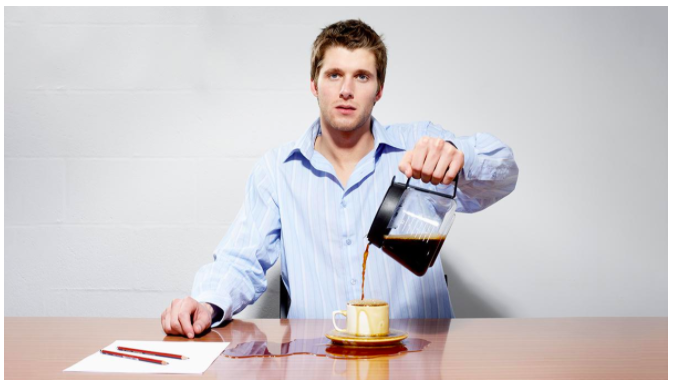 Chronic sleep deprivation is common in the workplace. Unsurprisingly, sleep disturbances increase the risk of cancer, depression, and heart problems. Meta-analytic studies show that sleep deprivation is a strong inhibitor of workplace performance, primarily by deteriorating mood and affect.

At the same time, there are systematic individual differences in both the quantity and quality of sleep people typically get. Much like any other psychological trait or behavioral disposition, these differences can partly be attributed to genetic factors. This suggests that, general parameters aside, the amount and type of sleep people may actually need to be productive depends on their own individual disposition (including not just their age and general state of health, but also their unique personality and biological configuration). Unsurprisingly, we often hear that exceptional achievers tend to sleep very little.

However, such anecdotes are rarely backed by science. So, what do we know about the actual connection between sleep and work? Assuming we spend roughly 1/3 of our adult lives on each of these two activities, what’s the relationship between the two? Here are three key lessons from science:

These studies and related research establishing strong causal links between sleep problems and clinical problems even during childhood — suggest that school and academic performance are significantly lower in students who suffer from sleep problems, and that such students exist in large numbers. Interestingly, meta-analytic reviews suggest that simply delaying the starting time of classes can lead to significant improvements in students’ sleeping patterns, presumably because young people are naturally inclined — or enticed — to stay up late and sleep later.

Importantly, unlike many drivers of engagement, sleep is often in your control, and there are clear rewards for improving your sleep patterns.

Whereas incompetent leaders will tend to stress and alienate their employees, ruining their quality of sleep, good leadership will mitigate some of the detrimental effects that poor sleep habits have on performance. For this to occur, leaders must not just be competent, they must also ensure that they are not sleep-deprived themselves, and that they avoid inconsistent patterns of sleep.

Even decent leaders are more likely to engage in unethical or abusive behavior if they are sleep-deprived. Unsurprisingly, there appear to be multiplicative effects of both having good quality sleep and good quality leaders — and lacking both can be particularly destructive.

So, yes, more (and better) sleep is generally much better for your career, and the earlier you start improving your sleep habits, the more you can expect to accomplish. For all the heroic showing-off underpinning claims — and bragging — about how little we sleep, even if you are using that awake time for something productive, chances are your performance and career will take a hit in the long run — not to mention your personal life. One of the best ways to ensure a productive day at the office is to make sure you’re getting a good night’s sleep.

NASA's new Mars rover is about to begin the search for ancient alien life On July 30th, a six-wheeled…

Why Do Mosquitoes Bite Some People More Than Others? By Joseph Stromberg Blood type, metabolism, exercise, shirt color and…